I’m sharing from my alternative history, with the working title A Dream of Peacocks. It starts on May Day 1274, when Dante met his great love and muse Beatrice Portinari, and will give them an eventual happy ending, with lots of Sturm und Drang.

This comes from very early in Chapter XVII, “Complicated Crisis.” It’s now December 1287, and Dante has been a widower for a month. Despite still being in deep grief and following mourning customs, he recently resumed tutoring his much-younger halfsister Tana and teaching his halfbrother Francesco things he doesn’t learn at school. 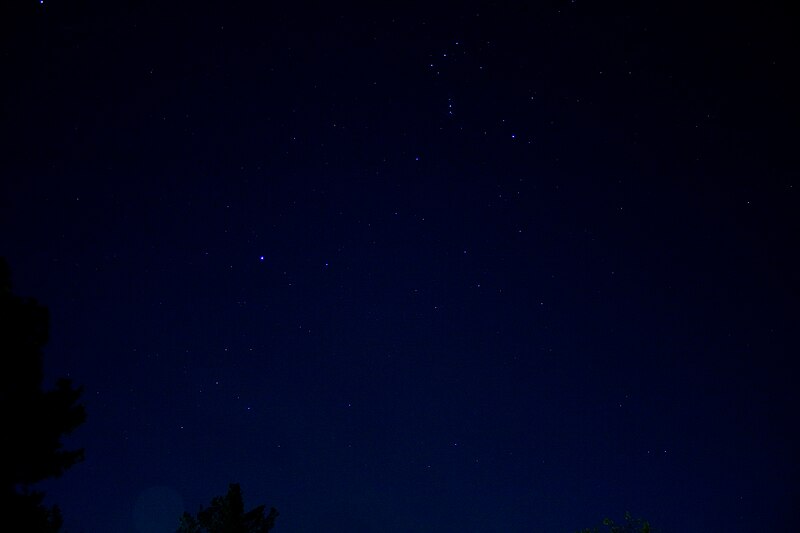 Since Francesco’s favorite subject was astronomy, the three of us sometimes sat outside at night in the courtyard, weather permitting, and gazed up at the stars. This always gave me a great sense of peace, knowing people the world over had sat underneath the same night sky and looked at those beautiful little orbs of light, as long as world there had been. Likewise, our descendants would be looking up at the same stars many millennia after we had all been gathered up into God’s eternal glory and our physical casings had turned to dust.

The serene silence of early night was broken by a female voice shouting “Aiutami!” Without taking a moment to reflect, I jumped up from the stone steps and ran around to the front of the house. That was my lady’s voice, which I would recognize undimmed from the highest place where thunder roars or the very bottom of the sea.

My eyes grew wide when I saw Beatrice stumbling down the street, unaccompanied by anyone, not even a link boy with a lit torch. She tumbled onto the stone street a few feet away from my front door and didn’t attempt to pull herself back up.

I rushed to her side and lifted her, and she wrapped her arms around my neck and nestled her head against my shoulder. Through my wool tunic, I could feel her radiating heat, and when I looked closer at her under the light of the Moon, I saw her face was red.

“Mone found my herbs,” she said in a muffled voice. “He smashed the jars and burnt the remains, and then he beat me much worse than usual.”

“‘Worse than usual’? You never told me he beat you at all!”

“How was I supposed to say that when we’re not allowed to be alone together anymore and can only discuss certain things when we do see each other? It was never nearly that brutal before, and not very often.” She locked her arms even tighter around my neck, and her voice became more labored. “I feel so faint, and my skin is so hot. Mone dismissed all our manservants before he sailed to Cyprus on business, and the maidservants took ill. They’re with God now.”