Umiko Hamasaki and Mizuki, daughter of her household’s senior lady-in-waiting, are on a mission to find friendly yokai who’ll lead them to Shoki, a great slayer of disease demons. They’re now in the forest, where they encounter Baku, a yokai assembled from various animal body parts. Despite his fearsome appearance, Baku is a very powerful force of good and a holy protector of humans. 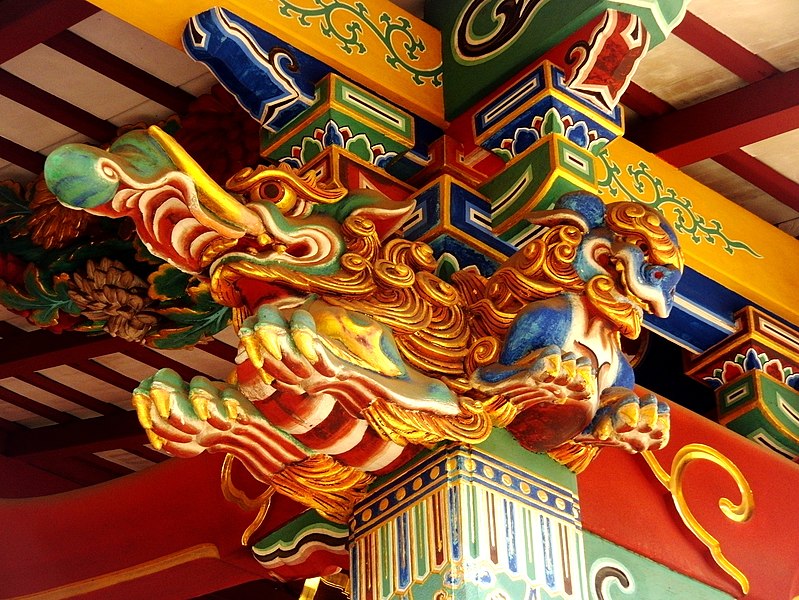 A huge bear walking on its hind legs menaced out from a cluster of trees on the left and promptly raced back to its lair at the sight of Baku. An eerie blue light then appeared on the right, slowly turning into a giant reptile. The moment it began creeping towards the human intruders, Baku leapt on it and gobbled it up.

“Do you understand speech, Baku?” Umiko called. “We want you to walk with us till we exit the forest. You’re the supreme yokai, and everyone fears you.”

Baku paced up alongside the cart, pawing at the ground. As the travelers proceeded through the woods, Baku took turns walking on all four sides of the cart. Every few minutes, Baku leapt at ghostly lights and fearsome creatures, devouring them all. Other yokai fled at the sight of him.

4 thoughts on “WeWriWa—Baku to the rescue”