This was originally written on 18 June and 2 July 2015, and scheduled for 16 April 2016. I opted not to use it for that year’s Blogging from A to Z because it seemed too much a repeat of my post about Grand Duke Mikhail and focused too much on Natalya’s relationships instead of her life as a whole. Regardless, I put too much work into it to keep it gathering cobwebs in my drafts folder! 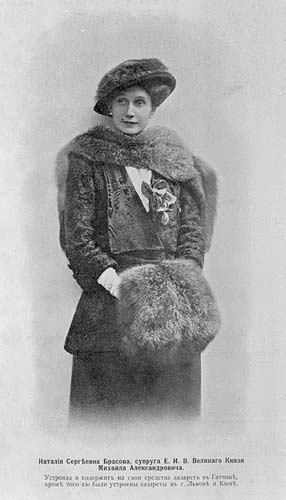 Countess Natalya Sergeyevna Brasova was Grand Duke Mikhail’s wife. It was her third marriage, and his first and only marriage. This was a woman like Yoko Ono or Natacha Rambova, someone most people either strongly love or hate. There aren’t too many people taking a more balanced opinion. I personally lean more towards sympathy.

Natalya was the third of three daughters born to Sergey Aleksandrovich and Yuliya Vladislavovna, a bourgeois Muscovite couple. Her older sisters were Olga and Vera. Theirs was an intellectual home, full of serious conversations about world events, literature, art, music, social movements, all the things which were judged too heavy for Imperial society to discuss. All three sisters received a very good education, including a live-in French governess.

Natalya married pianist Sergey Mamontov in 1902, and had a daughter, also named Natalya, the next June. Her daughter was called Tata, instead of the more usual Natasha. Their life was anything but domestic bliss, though, as Natalya quickly bored of his retiring nature. She loved going to parties and the homes of people just as intelligent and educated as she was, while Sergey preferred to come right home from work and not be very social. They amicably divorced in 1905, with Sergey pretending infidelity, the only reason divorce was permitted in the Russian Empire.

Natalya and Grand Duke Mikhail with their son Georgiy

Natalya divorced Mamontov to marry Vladimir Vladimirovich Vulfert, a Blue Cuirrassier officer of Baltic–German descent. Their life in Gatchina was happy at first, but then they met Grand Duke Mikhail at a Blue Cuirassier event, and their marriage began heading for the rocks. Mikhail was instantly smitten by Natalya, and for a long time cultivated a friendship with them as a couple so as not to give away his true intentions. However, the attraction became mutual, and Vulfert eventually discovered his wife’s emotional infidelity. Things got extremely ugly, complete with domestic abuse, spousal rape, and threats to shoot Natalya or himself. 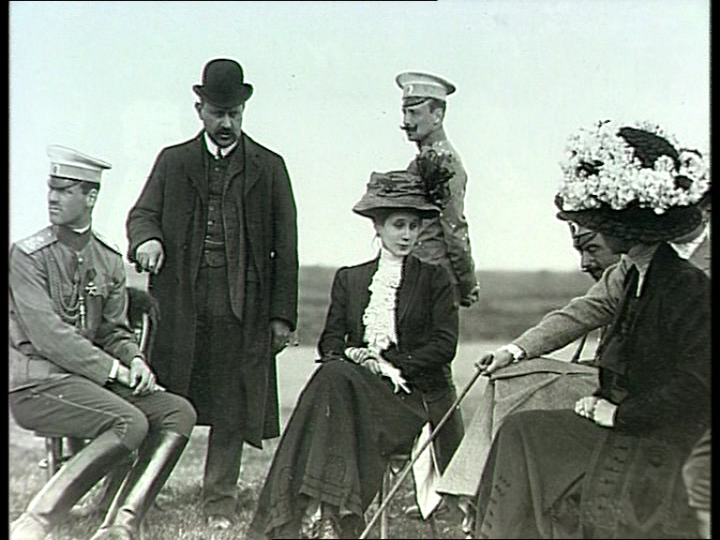 Natalya separated from Vulfert in 1909, and she and Mikhail finally became lovers in August of that year, when Mikhail was on holiday in Denmark with his mother, the Dowager Empress. They continued seeing one another when they returned to Russia, and set up a living arrangement in Moskva. This was no small feat, since a woman couldn’t live apart from her husband without his permission. If the husband refused, the police could apprehend the wife and compel her to come home. Such a couple could live apart only after a lengthy investigation into their relationship, to determine who was at supposed fault. A wife could get a temporary permit to live alone in the interim, but she still wasn’t free to leave permanently without official permission.

Natalya and Grand Duke Mikhail in 1912

Natalya gave birth to a boy named Georgiy in July 1910, when she was still legally married to Vulfert. She was terrified her estranged husband would take her child from her, and quite a lot of money and legal trouble was expended to not only get a divorce, but also to get a second birth certificate. The second birth certificate listed Georgiy as the “bastard” son of an unmarried woman, but at least that was better than a birth certificate claiming him as the child of a man who wasn’t his father. Mikhail had to fight his brother long and hard to get Georgiy made “legitimate,” and in 1915, he was created Count Brasov. Natalya was also created Countess Brasova. 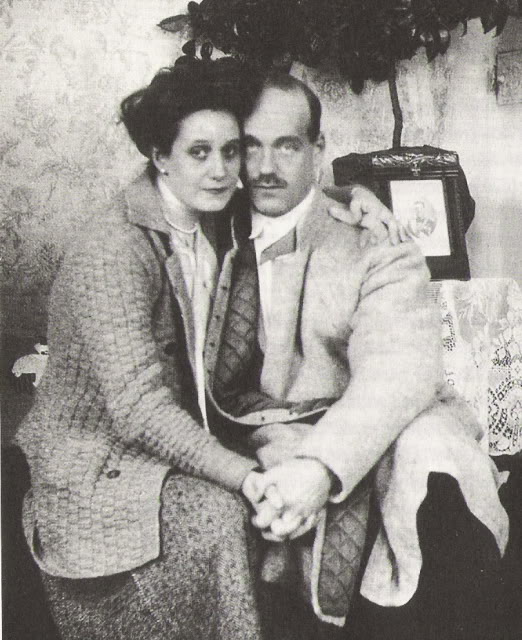 Following their marriage in October 1912, Mikhail was banished from Russia, and also received many other draconian punishments from his brother. Almost everyone in the Imperial Family was furious Mikhail had married a twice-divorced commoner, and some very ugly things were said about Natalya. The little family spent the next few years living in France, Switzerland, and England. Only after the outbreak of war did they get permission to come home. Mikhail was sent to the front lines as punishment for having married morganatically, but he served very bravely and got to come home a few times.

May 1909, the first known surviving photograph of Natalya and Grand Duke Mikhail. The believed photographer is her then-husband Vulfert

Natalya escaped the new Soviet Union with her children in 1918, after Mikhail’s murder. They started a new life in England, though money was tight. The family later moved to France. Sadly, Georgiy was killed in a car accident in 1931, and Natalya died alone, in poverty, of cancer.