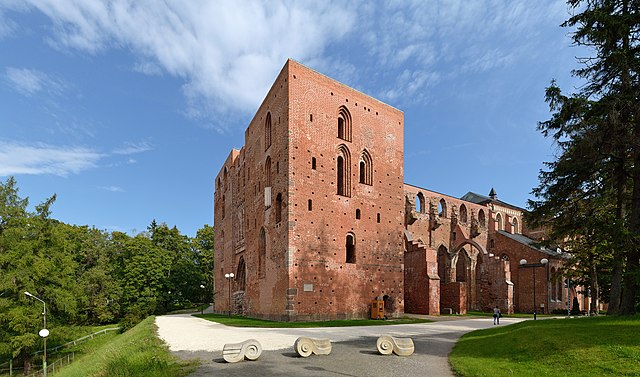 I couldn’t choose between Tata and Tartu, so I decided to do both. I’m an Estonophile, but I’m also a Magyarphile, and I love the pictures of Tata. Tartu doesn’t have as many old buildings or structures still standing, due to brutal destruction by the Wehrmacht during WWII, the Great Northern War in 1708, and a lot of 18th century fires, but it still has a long, proud history.

Tartu is Estonia’s next-largest city, at about 97,000 people, and the nation’s cultural and intellectual centre. One of its crown jewels is the University of Tartu, founded in 1632 by the occupying Swedes and Estonia’s oldest, most esteemed university. Due to the ongoing conflicts in the area, between various occupying and warring forces, the university was closed and moved several times, most notably from 1710-1802.

Archaeological evidence of settlement in Tartu has been found as far back as the 5th century CE. The city first appeared in official records in 1030, when it was invaded and taken over by Kyivan Rus, and subsequently renamed Yur’yev. After the Germans invaded and took over, it was renamed Dorpat. Baltic Germans thus became the ruling forces and cultural, intellectual élite of Estonia until the national reawakening of the 19th century.

Tata is in Northwest Hungary, in a valley between the Gerecse Mountains and the Vértes Mountains, and has about 25,000 inhabitants. The town has been inhabited since at least 50,000 BCE, and later became a Roman settlement. It first appeared in official records in 1221. Like much of Eastern Europe, Tata too fell under Ottoman occupation in the 16th century.

The town started to come back to life in the 18th century, after Hungary was in Habsburg hands and the Austro-Hungarian Empire had been created. From this point on, the majority of residents were Hungarian. Most were Catholic, but there were also large Lutheran and Jewish communities in Tata.

In 1938, the nearby village of Tóváros was annexed to Tata, and the entire area was temporarily known as Tatatóváros. In 1939, it became just Tata again. Tata got town status in 1954.

Tartu became part of the Russian Empire in 1721, and was renamed Derpt, then changed back to Yur’yev in 1893. A number of fires in the 18th century, most notably the Great Fire of Tartu in 1775, destroyed many of the historic buildings in the city centre, as well as many other buildings in other neighbourhoods. The city had already been greatly destroyed by Pyotr the Great’s forces in 1708, to prevent the Swedes from using Tartu as a military base.

In spite of the cruel Russification policies and suppression of Estonian nationalism and language, the Estonian people began to throw off their chains. Estonia’s first song festival was held in Tartu in 1869, and their first national theatre, Vanemuine, was built in 1870. In 1872, the Society of Estonian Writers was formed in Tartu.

After Estonia won its independence in 1918, the city finally legally became Tartu. Sadly, they were invaded again in 1940, and under the Soviet occupation and subsequent fighting with the Nazis, much of Tartu was again destroyed. The city was in ruins by the liberation, and even many buildings which had escaped serious destruction were ordered torn down by the Soviet occupiers. A lot of public parks were built where once buildings had stood. Only since Estonia rewon its independence in 1991 has Tartu begun to rebuild significantly. 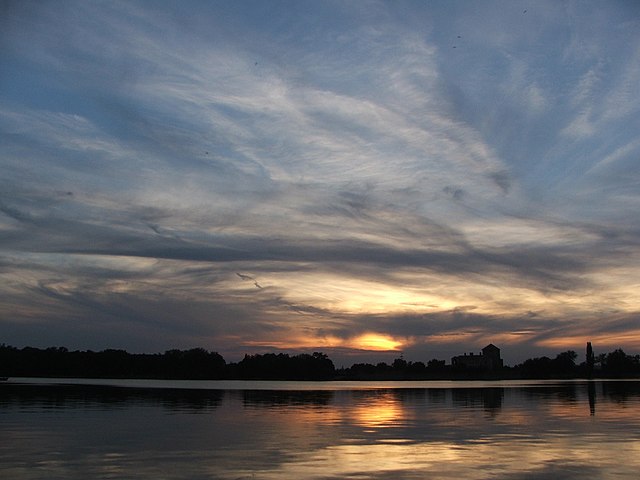 Tata is the hometown of my Atlantic City character Pali (Pál) Weiss. His name was changed to Paul when he came to America via Switzerland in 1942, but everyone who knows him well calls him Pali. He never saw anyone in his family again after he said goodbye to them to be smuggled into Switzerland. The Tata Synagogue, built in 1861, is a museum today. Its original façade was restored in 2004.

Tartu briefly appears near the end of Part I of my first Russian historical, when my characters are put up in Tartu after escaping, in small groups, over the Russian border in February 1921. They soon move to Tallinn, where their boat to America will be. I think I might use Tartu as the setting of my Estonian chapters and sections in the second of the two prequels I’m eventually going to write. It would be the perfect place for Katrin and Viktoriya’s Estonian nationalism and Socialism to be nurtured.

Though Tata isn’t very well-known in the tourist guidebooks, there are a number of interesting things to see and do. The town boasts the old castle by the Old Lake, the Esterházy Palace, Calvary Hill, public parks and old churches, a 1763 belfry, Fényes Beach and Tóvárosi Beach, Kossuth Square, the Town Hall, Heroes’ Square (which contains the synagogue and a WWI monument), and a lookout tower. They also have some museums, including one about the German community’s historic experience in Tata.

Every Summer, Tartu hosts the Hansapäevad (Hanseatic Days Festival) in celebration of its Hanseatic heritage. It’s a bit like a Renaissance fair, with jousting, swimming,  boating, handicrafts kiosks, and historic workshops. And though much of historic Tartu is just the stuff of memories, there are still some surviving old churches, the 18th century Town Hall, the University, and the ruins of the 13th century cathedral.