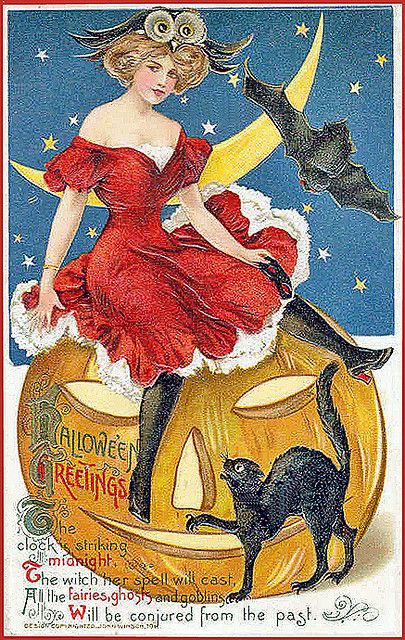 Welcome back to Weekend Writing Warriors and Snippet Sunday, weekly Sunday hops where writers share 8–10 sentences from a book or WIP. This week’s snippet comes right after last week’s, when 15-year-old next-door neighbor Lotta Valli, dressed as a ballerina with a bit too much skin showing, told fundamentalist Samantha Smart she didn’t know how anyone could shun Halloween. 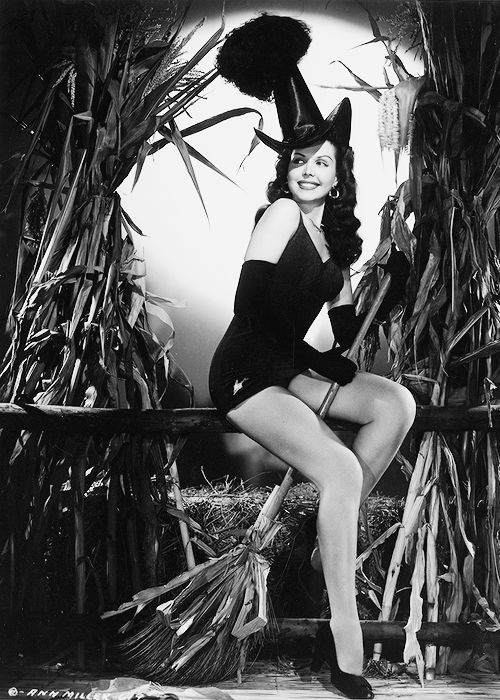 “Ain’t you a little old to go trick-or-treating?” Sam asked. “That’s something for little kids, as evil as it is.”

“I ain’t no little kid, and I’m going trick-or-treating,” Cinni said. “Girls can get away with it longer than guys.  Lotta and her friends go to the school dance and party too, and they can wear more adult costumes.”

“I can see that.” Sam glared at Lotta’s ample cleavage. “You oughta cover your body more, so you don’t offend God with that Satanic temptation.”

Lotta pushed up on her bust, and laughed at Sam’s horrified expression.

Welcome back to Weekend Writing Warriors and Snippet Sunday, weekly Sunday hops where writers share 8–10 sentences from a book or WIP. This week’s snippet comes from the book formerly known as The Very Next (new and improved title a secret till its eventual release), my chronological second Atlantic City book. It’s set from March–December 1939, and introduces mother-daughter antagonists Urma and Samantha Smart, along with the first two sets of European characters linked back to the Atlantic City characters.

I put a huge amount of work into the third draft of this book, to the point where it’s almost entirely a brand-new story. It was a 24,000-word hot mess when I began rewriting and restructuring it earlier this year, and I made it into a 75,000-word story with an actual structure and focus. 75K is pretty long by the standards of my Atlantic City books, but in this case, the length is perfect.

Chapter 33, “A Heavy Halloween,” opens with the antagonistic Urma and Samantha, unwanted longterm houseguests, sniping at Cinnimin about her household’s celebration of the holiday. Some of you may remember Cinni from the excerpts I shared in the days of Six Sentence Sunday, when she’d just met the love of her life, Levon Kevorkian, in May 1942.

“You people are nothing but pagans,” Sam declared as she sank her fork into a sausage. “It’s a miracle my mother and I ain’t gone blind yet from looking at all your heathen decorations.”

“They’re our Halloween decorations, and if you dare rip ‘em down or otherwise destroy ‘em, you’re gonna get it.” Cinni poured more maple syrup over her chocolate chip pancakes. “Thank God your insane mom won’t force us to bring you along for trick-or-treating.  Even Sparky went last year, even though she’d never done Halloween before.  It’s just a fun holiday about dressing up, getting candy, and telling spooky stories.”

“It’s a holiday about worshipping the Devil, is what it is,” Urma said. “You even dressed up as the Devil himself.  If I find out Samantha got punished for refusing to come to school in costume today, I’ll have some very strong words for that heathen at the helm of your Satanic school.” 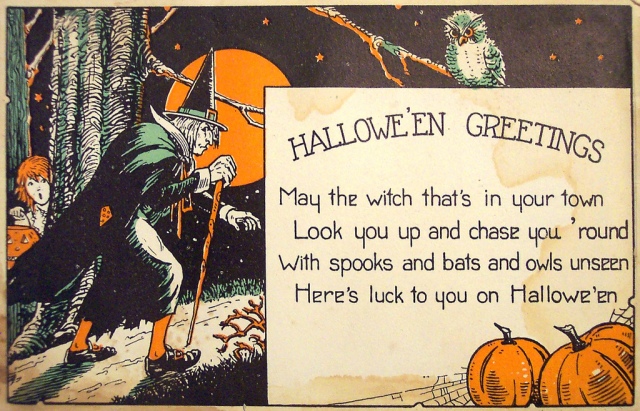 Urma and Sam became Methodist fundamentalists in 1936, and now firmly believe everything but breathing and reading the Bible their way is a sin. Deep down, Sam just wants to be a normal kid and is afraid of her mother, but she’s years away from being strong enough to develop her own life and stand up to her mother.

It’s too easy to make your villain or an extremist character one-dimensionally evil. Making them well-rounded characters, with well-developed motivations, backstories, and distinguishing characteristics is a skill that doesn’t come overnight, but it’s worth it to learn how to develop it.

The primary antagonist of my first two Russian novels, Boris Aleksandrovich Malenkov, started out as a good guy, the one who was supposed to eventually marry Lyuba (then called Amy), the one she was supposed to like best of all her suitors. Gradually, he changed into a worse and worse character, which involved a fair amount of rewriting and revising the original sections of the first 7 chapters. But after his personality switch, I never made him into some cartoonish, simplistic villain.

Boris starts out kind of like Esau. He’s more uncouth and impulsive than a truly mean, uncaring guy. (Side note: I’m very uncomfortable with the vilification of Esau, and Ishmael, in the Midrash, a collection of rabbinic elaborations and interpretations of the Bible. Nowhere in the straight Torah text is it ever suggested that Esau is such a monster and anti-Semite.)

Boris is essentially a decent guy who wants to do the right thing, but he has some troubling hints of a darker side. However, those negative character traits, like a quick temper and gluttony, have always been held in check by his parents and teachers. Once he’s out on his own, expelled from gymnasium, in hiding near Ryazan, his parents in Siberia, he no longer has anyone to hold him in line, and combined with his frustration over his plight as a White, his evil inclination gets the better of him.

Over the years, he goes through some periods where he’s fairly good, but he’s always sucked back into sinning. The taste of sin is so sweet, and it’s easier to go with what’s familiar than to tackle the hard work of self-examination and permanent repentance. However, many of his dark periods and sins are motivated by what he feels to be good intentions. He can actually be a bit funny to write, in a dark way. He’s not some one-dimensionally evil person with no motivation behind his depraved acts, and he certainly wasn’t born evil.

Even a villain who’s intended to be a static character shouldn’t be one-dimensional or without motivation. You can give the villain an interesting backstory, and imbue him or her with distinguishing characteristics. Urma Smart, the town psycho of my Atlantic City books, didn’t start out a fire and brimstone fanatic in league with a deranged pseudominister and constantly launching sick schemes against her so-called enemies. And Urma might talk the talk, but she doesn’t completely walk the walk. She always wears the pants in her family and railroads over her passive, weak-willed husband for years, for example.

Urma’s daughter Samantha is a very complex character. At first glance, she’s as fundy as her mother, but deep down, she just wants to be a normal kid. Sam doesn’t have the nerve to stand up to her fanatical mother, and it takes years before she finally finds her voice and breaks away from the crazy, joining a mainstream Methodist church and becoming a moderate Republican. Originally Sam was too pure and good for words, before I changed the storyline to make her and her mother fundies. Then I completely rewrote it so that she and Urma were rather one-dimensionally annoying, fanatical pains in the ass. Finally Sam emerged as a well-rounded, conflicted young woman, and became so much more interesting in the process.

Even if you’re writing about a group of people we can all agree are/were villains, like Nazis or Bolsheviks, you still don’t have to make them cartoonishly evil or buffoonish. The majority of people in those movements started out as ordinary people who were attracted to the leader’s promises. They didn’t think of themselves as villains or hate-mongers. And there were some Nazis, like Oskar Schindler, who belonged to the party but privately used that position to help people. Obviously that wouldn’t have been anywhere near the majority, but it makes for a very interesting character and story if written properly.

I tried to give distinguishing characteristics to the Nazis and NSBers (Dutch Nazis) in Jakob’s story. It would be too easy and simplistic to show them all as beady-eyed villains or incompetent buffoons. Some of the features included a face full of liver spots, ugly measles or chickenpox scars, a disgusting deep, hacking cough, a high-pitched voice, a huge Adam’s apple, and an oddly-shaped nose. They weren’t just trotted out as faceless symbols of evil.

Even if we’re not supposed to be cheering for the antagonist, it helps to understand where s/he’s coming from and to make him or her a fully fleshed-out character. After all, they’re humans too, and no real person is pure evil. Don’t write your characters like people out of Uncle Tom’s Cabin. No one is as purely evil as Simon Legree, as unquestioningly subservient as Uncle Tom, or as pious as Little Eva. Seriously, there’s something really wrong with you if you’re happy you’re sick and can’t wait to die.

This week, for Six Sentence Sunday, I’m including something from my second Atlantic City book, The Very Next, set in 1939. This is one of the things I added in when I was transcribing it from the handwritten first draft, and reminds me why I love Quintina’s oldest brother John. He might be only a secondary character, but he’s always great comic relief.

Eighteen-year-old John glanced over at Samantha.  He liked to spy on the neighbors and sometimes take pictures of them in situations that would be great for blackmail, such as Violet trespassing in the Filliards’ vacant lot, but here was a new neighbor he sure as hell would never get much dirt on.  She was so positively boring and fun-hating that it would be a total waste to spy on her.  He was offended when Sam didn’t glance back at him.  All the girls in town had a crush on John Holiday, but apparently his good looks hadn’t even registered on Samantha’s radar screen.  Gurr.