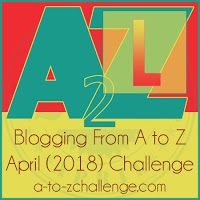 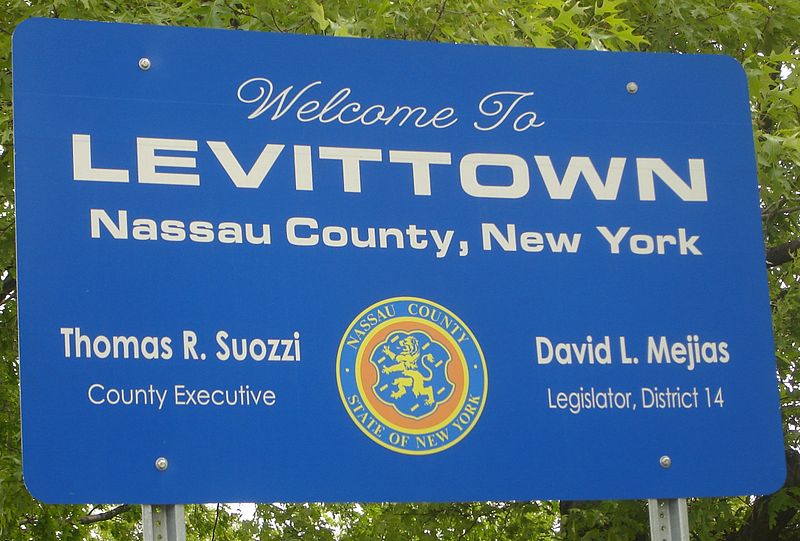 Many people in the early postwar years wanted to get away from the crowded cities, and have their own houses with yards. Into this moment in time stepped the Levitt & Sons real estate development company. 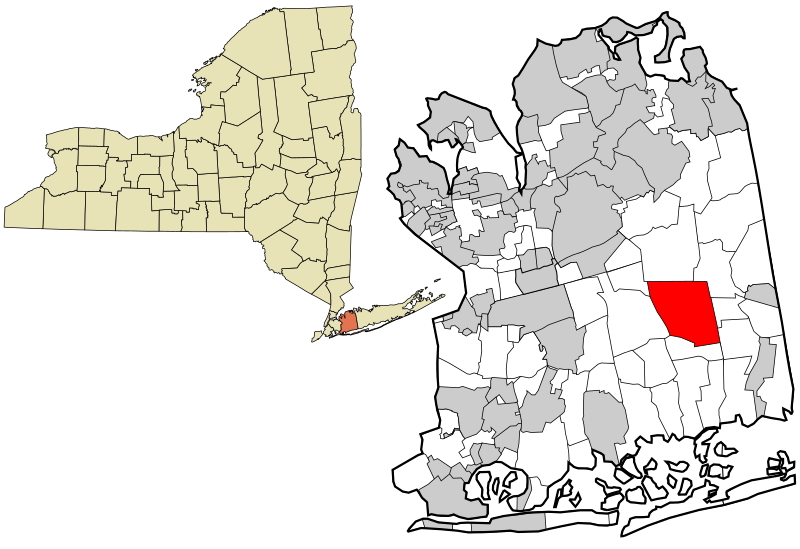 During the Great Depression, the Levitts sold 600 Tudor-style, upper-middle-class houses with six bedrooms and two bathrooms for $14,000 each ($200,000 today) within four years. They were designed in 1929 by 17-year-old Alfred Levitt, younger son of founder Abraham.

William Levitt, the older son, became known as the one to see about custom-made, high-end Long Island houses on the North Shore (a.k.a. the Gold Coast).

During the 1930s, the Levitts built many homes for communities in Westchester County; Manhasset, NY; and Great Neck, NY. They sold from $9,100 to $18,500, and attracted lawyers, doctors, businesspeople, and famous radio personalities and journalists. 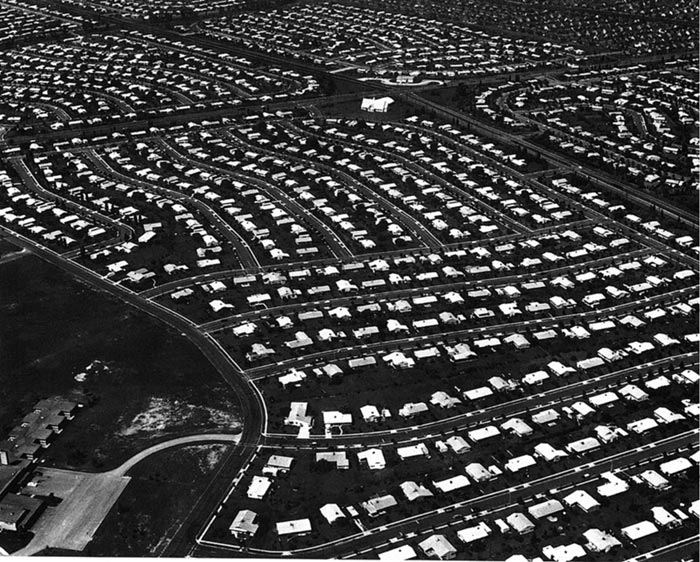 To try to do their part to help with an affordable housing crisis (caused by postwar prosperity for the privileged classes, and the baby boom), the Levitts selected an area called Island Trees. They planned 2,000 houses for it.

On 1 July 1947, they broke ground on their $50 million development ($548 million today). Ultimately, it contained 17,000 houses on 7.3 square miles. Alfred handled mass production and designed the houses and streets; William financed and promoted it; and Abraham directed landscaping. 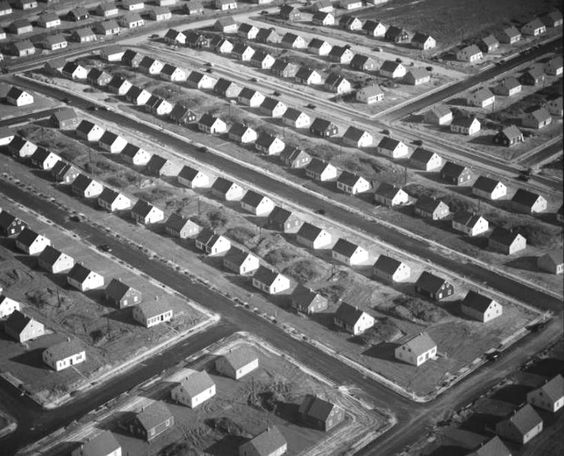 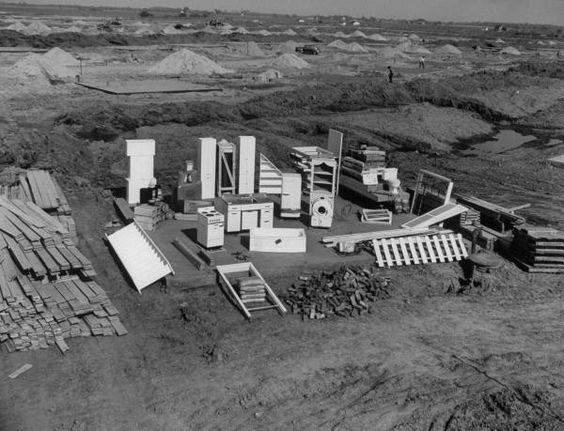 Each front yard had two trees, planted the exact same distance apart. The houses were ranch and Cape Cod style, with 750 square feet (70 square meters). They had two bedrooms, a kitchen with modern appliances, a living room with a TV, an unfinished second floor, and no garage.

They were built assemblyline style, as a team of specialized workers moved from house to house. This was more efficient than other construction styles of the era. The Levitts also reduced costs by refusing union labor. This led to picket lines.

The Levitts directly purchased materials such as lumber, TVs, and appliances, instead of going through middlepeople. They also made their own factory to produce nails. To their credit, they paid their workers very well, and offered many incentives enabling them to earn twice as much money as they’d make elsewhere. 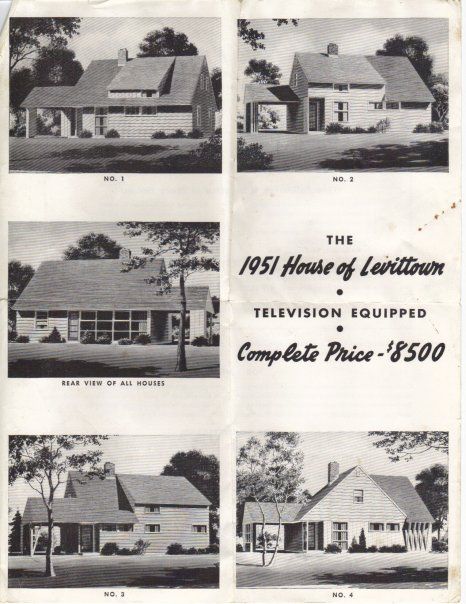 By July 1948, thirty houses per day were being constructed in a 26-step process. This mass-production enabled them to be sold for as cheap as $8,000 ($65,000 today). Since many buyers were vets helped by the G.I. Bill and other housing subsidies, the true cost was all of $400.

Within two days of the community being announced on 7 May 1947, half the 2,000 houses were already rented. In response to increased demand, they added 4,000 more houses, as well as services such as schools and mail delivery.

The Levitts switched the houses from rental to sales, with monthly 30-year mortgage payments the same as the rental price ($57), and no down payment. Even more houses were added when demand grew even further, and Island Trees was renamed Levittown. 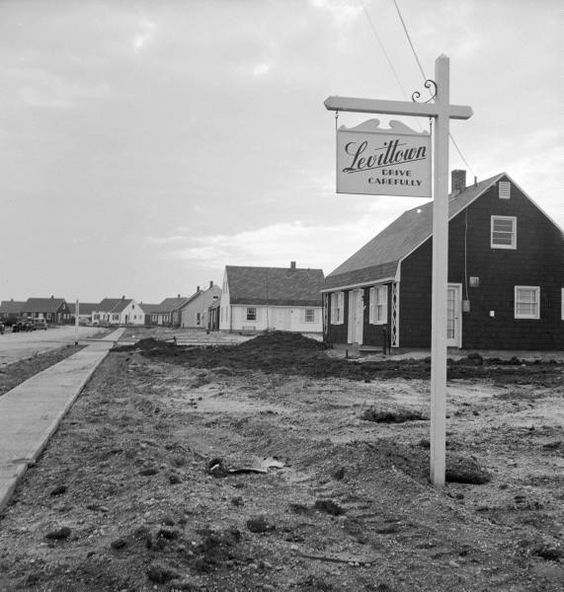 Sadly, racial discrimination was written into the buying agreement. The Federal Housing Administration only offered mortgages to non-mixed developments, so no applications from African–Americans were accepted.

The Levitts also thought no whites would want to have African–American neighbors. Though they were Jewish themselves, they also initially refused to sell to co-religionists.

By 1960, Levittown was roughly a third Jewish, though it was still all-white. 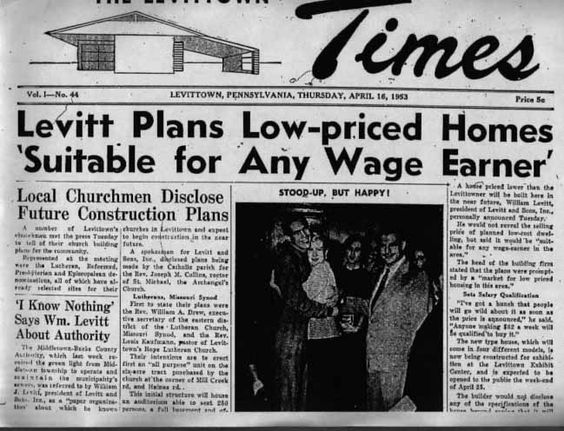 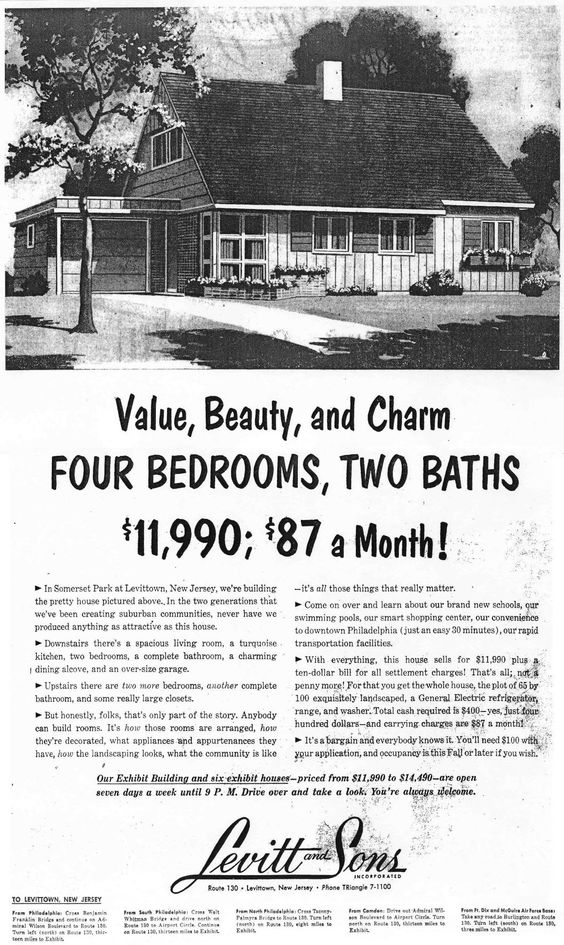 My characters Fyodora Lebedeva-Godimova and Leontiy Godimov dream of moving from Manhattan to Levittown in 1949. They came to America when they were rather young, and so are much more Americanized than most of their family. Starting over in Long Island suburbia will be the perfect way to break free of the Russian–American world.

An exploratory visit leaves them very unsettled, as they learn about the racial discrimination. Their Russian ancestry and Orthodox Christianity are also looked upon with suspicion.