Fifth Avenue, one of the most expensive streets in the world, was commissioned in March 1811. It’s comparable to Berlin’s Unter den Linden, St. Petersburg’s Nevskiy Prospekt, and Paris’s Champs-Élysées. Fifth Avenue was initially narrower, but it was widened in 1908.

Until the turn of the 20th century, the middle blocks were primarily residential, claimed by many professional millionaires from old money families. The Upper East Side in general (whose western boundary Fifth Avenue forms) is famous for such residents.

In 1896, Benjamin Altman bought a corner lot on the northeast corner of 34th St., and in 1906, his full-block eponymous department store was erected as Fifth Avenue’s very first commercial building. This created a chain reaction, and before long Fifth Avenue was an upscale shopping district. 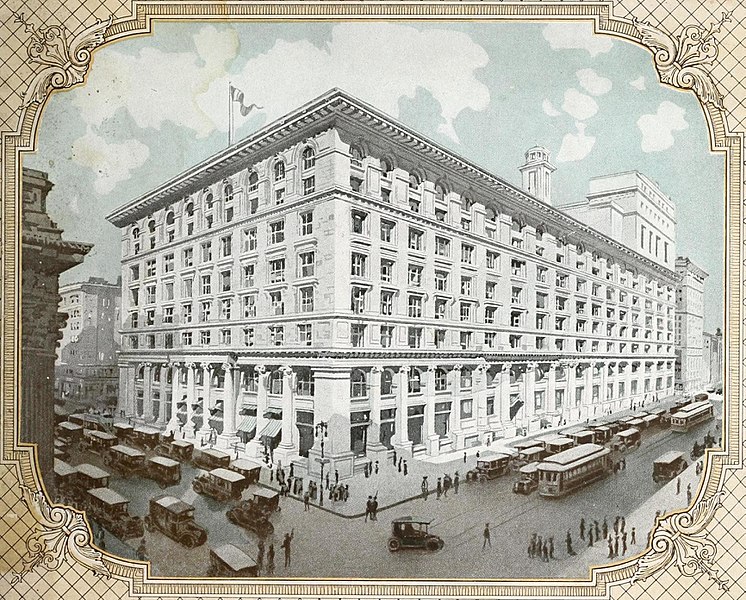 B. Altman and Company Building

Fifth Avenue commences at Greenwich Village’s Washington Square Park and proceeds north, forming the eastern border of Central Park and the western border of the Upper East Side. It continues through Harlem and ends at 142nd St., by the Harlem River.

In 2012, the American Planning Association named Fifth Avenue one of the greatest places to visit in the U.S., due to its many famous museums, stores, landmarks, businesses, parks, and luxury apartments. It’s also the traditional route for parades.

Fifth Avenue was the only Manhattan street along which streetcars didn’t run. In its place, from 1885–96 and 1896–1954, respectively, Fifth Avenue Transportation Company and Fifth Avenue Coach offered horse-drawn omnibuses and electric double-decker buses. Well-heeled residents didn’t want the street torn up by tracks.

In the late 19th century, Manhattan began slowly expanding upward, and the old money millionaires left behind the formerly fashionable East Side 20s and 30s for 59th through 96th Streets along Fifth Avenue. They couldn’t distance themselves from the poor and working-class immigrants fast or far enough!

The most fashionable of these new mansions looked onto Central Park. At this point in Manhattan history, there was still ample room to build traditional detached houses with spacious proportions, though many of their mansions continued to be multi-story townhouses 18–20 feet wide on average. This section of Fifth Avenue was dubbed Millionaires’ Row.

In 1916, James Abercrombie Burden’s home on 72nd St. and Fifth Avenue, built in 1893, was the first private mansion above 59th St. razed to make way for a luxury apartment. This began a trend towards more such structures. Living in single-family townhouses was fast falling from fashion.

Not everyone embraced this trend, though, and in January 1922, city authorities restricted the height of apartments replacing mansions to 75 feet (23 meters), roughly half that of a 10-story building. In response, James Edwin Ruthven Carpenter, Jr., the leading architect of luxury prewar buildings in NYC, filed suit. The jury found in his favor in 1923, and the height restriction was thrown out.

Emboldened by this verdict, real estate investors Benjamin Winter, Sr., and Frederick Brown went to town razing beautiful old mansions and replacing them with more luxury high-rise apartments. As beautiful as prewar architecture is, it shouldn’t have come at the cost of destroying equally beautiful older buildings. 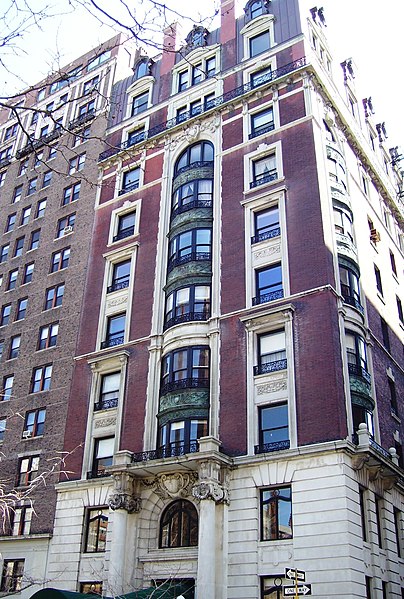 The stretch of Fifth Avenue along 82nd to 110th Streets is called Museum Mile on account of its unusually high concentration of museums. There are currently ten, including the Guggenheim, the Metropolitan Museum of Art, the Jewish Museum, Museum of the City of New York, El Museo del Barrio, and the Africa Center.

My New York characters love window-shopping on Fifth Avenue, though most can only hope to afford the beautiful merchandise on display.