I recently was alerted to a July 2021 article in The Daily Mail, corroborated by the more serious U.K. paper The Times and several other sources, reporting that a British-born, Florence-based nun named Julia Bolton Holloway discovered a few manuscripts almost certainly written by Dante in the 1280s or 1290s. While researching manuscripts written by students of Dante’s dear surrogate father and guardian Brunetto Latini in several libraries, Sister Julia found some which we have very good reason to believe were penned by the Supreme Poet.

These manuscripts were located in Florence and the Vatican, dated to Dante’s student days, when he was copying books and treatises on government. In the days before the printing press, everything was handwritten, and it was quite common to copy other people’s work for one’s own education or personal library.

Some of the manuscripts from Brunetto Latini’s students were also transcriptions of his own lectures and writings on philosophy, politics, law, government, rhetoric, science, and ethics, greatly influenced by things he learnt while in exile in Spain.

Sister Julia was a professor of Medieval Studies at Princeton before answering the call to become a nun. One of her great passions is Brunetto Latini, whom she’s studied for fifty years. After taking the veil, she moved to Italy and ran the English cemetery in Florence. She also lived for awhile as a hermit in Tuscany. But always, her love of the Middle Ages endured, which was what led her to making this miraculous discovery.

According to Leonardo Bruni (ca. 1370–1444), a historian, humanist, and statesman of the early Renaissance, Dante’s handwriting was Cancelleresca script (Chancery hand), with the same idiosyncrasies as those in the documents Sister Julia discovered. These documents are also the only ones among all the manuscripts written by Brunetto Latini’s students using Cancelleresca.

Cancelleresca was developed by the Apostolic Chancery, a department of the Roman Curia responsible for the Pope’s books and censoring documents. It’s a form of blackletter, known as rotunda script in Italy and with origins in Carolingian minuscule. Among the unique features of the Italian form of this script are uncommon spellings and abbreviations (e.g., milex instead of miles, qui represented by a line under the letter q). It was also less angular than other forms. 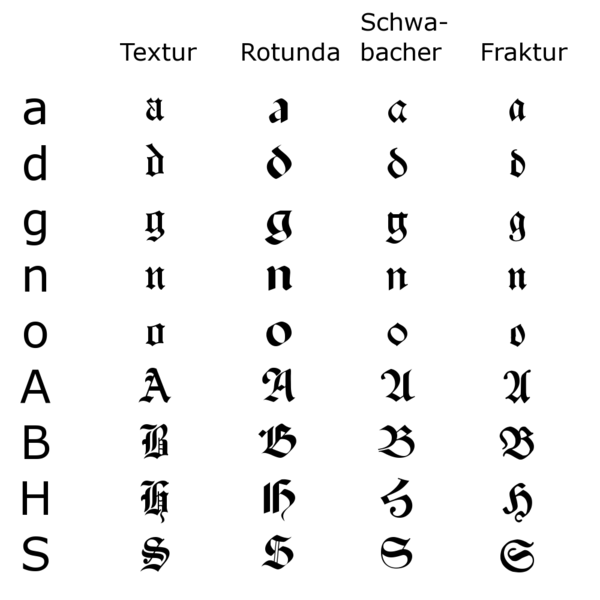 The most calligraphic form is officially called minuscola cancelleresca italiana, and eventually began to be used for books instead of government communications like charters.

In addition to being the only documents written in Cancelleresca, out of all the other known samples from Brunetto Latini’s students, they’re also the only ones written on cheap parchment instead of the more upscale vellum made from calfskin. Though the Alighieris were minor nobility and always had enough money to live comfortably, they also weren’t an über-rich Florentine family like the Portinaris or Falconieris.

Thus, Dante didn’t have the same financial means as the other students. After his father died in the early 1280s, the family’s finances also became more precarious, and Dante had to earn money through selling letters of credit his usurer father had on unpaid loans, charity, loans, and income from family farmland. As Forese Donati, one of his best friends, joked about in the six tenzone they exchanged in the first half of the 1290s, Dante wasn’t exactly a wealthy man, or even bourgeois.

Tana (Gaetana) and Francesco were Dante’s much-younger halfsiblings, to whom he was very close

Sister Julia says, “The handwriting is schoolboy-like in the early manuscripts, but the writing is in excellent Tuscan,” and feels it “provides an insight into his genius.”

The big square imposed on a circle represents God, an idea which Dante later expressed in Canto XXXIII of Paradiso, pondering the geometer who can’t find the principle to square the circle as he gazes upon three circles representing the Trinity.

Given how Dante rescued many women from historical oblivion by recording their names and stories, and how his overall treatment of women is lightyears ahead of the majority of his contemporaries, it feels only fitting that a woman should discover these manuscripts and figure out he wrote them. The good you put out always comes back to you.