I’ve gone back to my hiatused WIP The Strongest Branches of Uprooted Trees, which follows a group of young Shoah survivors during the early postwar years. We’re now in Part IV, “An Exile Driven on By Fate,” in which the friends travel through Italy and France before finding a place to call home before immigrating.

The friends are currently staying in Nantes, France, the home of almost-15-year-old Marie Sternglass. Though Marie was full of hope and excitement when they arrived, those feelings have quickly faded. She’s now at her old house, which has a very cold, hostile new owner who admits she burnt the photos and children’s watercolors which were left behind. Marie can also see some of her family’s belongings in the background. 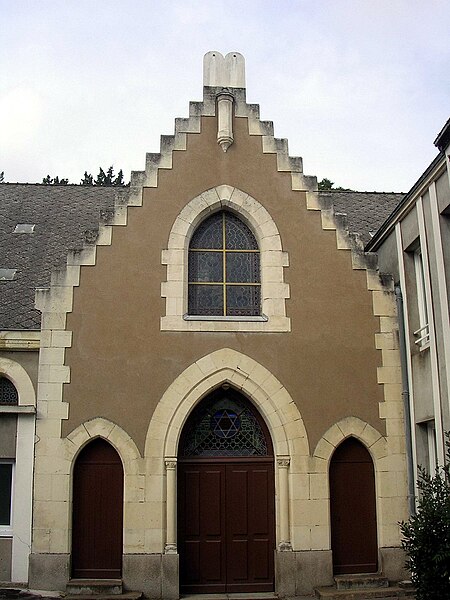 “Those are my family’s things inside the house, you connasse! You didn’t buy those paintings, that mahogany side table, that white grand piano, those beautiful Persian carpets, or the dress and slippers that other woman is wearing! Allez vous faire foutre!”

“Why don’t we go back to the hotel so you can calm down?” Caterina asked. “Then we can go to the Red Cross or the synagogue.”

“That’s an excellent idea.” The stranger slammed the door in their faces.

“Perhaps you can ask the police for help,” Móric said as Eszter and Csilla steered Marie back onto the street. “French police are different from Hungarian police or Soviet soldiers. They might help you to press your case and give you a warrant to search your house.”

The ten lines end here. A few more follow to finish the scene.

“What’s the use of trying?” Marie slumped against Eszter, her whole body shaking. “All that remains of my former life is the photo I hid in my shoe. Perhaps my father and Pierre already came back here and were kicked off the property too. They might’ve left France already, and think I’m dead. I was stupid to believe everything would be sunshine and rainbows.”

“You could find good news tomorrow,” Eszter promised emptily. “Maybe your father and brother are here, or you’ll find some friendly faces. You can’t know until you try.”

“Right now, you only need to think about calming down and getting to a safe place,” Caterina said. “I’ve never seen you nearly that angry before. I really thought you were about to hit her or claw her face off.”

“You and me both,” Imre said. “I never realized Marika knew words like salope and connasse, let alone that last sentence she said to the woman.”