I’ve gone back to my hiatused WIP The Strongest Branches of Uprooted Trees, which follows a group of young Shoah survivors during the early postwar years. Part II tells the story of what happened to some of them while they were separated.

Ráhel and Dániel Kovacs, eight and four years old, just escaped from a death train through a hole in the floor, under cover of night, and ran to a nearby building for shelter. They were greeted by nuns, who showed them to a hidden room upstairs and gave them food and the chance to bathe. Now a doctor has arrived to help Dániel, who has diphtheria. 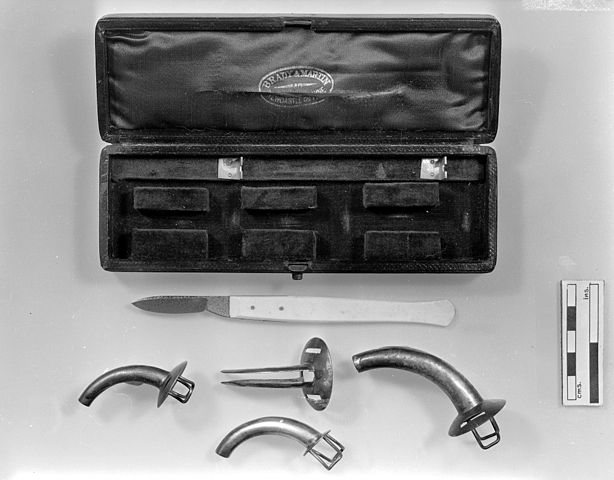 “We’re members of the International Union of Catholic Esperantists and the Polish Esperanto Association,” one of the women in brown said. “We’re also Carmelite nuns. This is Dr. Kaczka, a member of the local underground.”

“We can’t risk going to any hospitals,” Dr. Kaczka said as he opened his bag. “I’ll have to perform an old-fashioned procedure here. I thought diphtheria was gone after last year’s epidemic.”

Dr. Kaczka injected a numbing agent, cleaned Dániel’s neck, draped it with a big gauze square, and made several cuts to reveal the outer wall of the trachea. Ráhel watched, fascinated, as her brother’s neck was cut into and blood gushed forth. One of the nuns daubed up the blood with more gauze. Once the worst of the bleeding looked contained, Dr. Kaczka cut an opening in the trachea and guided a small silver tube inside.

The ten lines end here. A few more follow to finish the scene.

He then closed his eyes, took a deep breath, and sucked out the grey pseudomembrane which had been causing Dániel’s neck to swell up and cause so much croupy coughing.

Dániel’s skin went from blue to pink, and the dazed expression in his deep brown eyes lessened. He looked around in confusion, but he no longer looked as though he were fading.

“Praise God. That old trick still works.” Dr. Kaczka smiled down at Dániel, then addressed the nuns in Polish. “Sisters, you’ll have to leave the tube in his throat until the worst of the illness passes and you’re sure he’s on the mend. It shouldn’t adversely affect his drinking, eating, or breathing, though he might not be able to speak normally for a few days. If he puts his hand over the tube, he’ll probably be able to speak better. What’s the boy’s name?”

P.S.: Happy seventh birthday to my rook piercing! It’s the curved barbell with lavender opals, and it’s always been one of my favorite piercings of my collection to date.