Dr. Sofiya Atanasivna Okunevskaya-Morachevskaya (12 May 1865–24 February 1926) was born in the village of Dovzhanka, then part of the Austrian Empire. Her father, Atanas Danylovych Okunevskyy, was a Ukrainian Greek Catholic priest who graduated from the University of Vienna in 1881 and became a doctor. Her mother, Karolyna Luchakivska, died in 1870.

After being half-orphaned, Sofiya was primarily raised by her aunt Teofiliya Danylivna Okunevska-Ozarkevych and uncle Ivan Ivanovych Ozarkevych (a priest, politician, and greatly learnèd intellectual). She grew up alongside three older cousins, Yevhen (1861–1916) (who became a doctor), Volodymyr (1853–1912) (who became a priest and politician), and Nataliya (1855–1920) (who became a writer and early Ukrainian feminist leader).

In 1884, Sofiya scored the incredible feat of gaining permission to take entrance exams at Lviv Academic Gymnasium, the oldest gymnasium using Ukrainian as the language of instruction. From 1784–1849, classes were taught in Latin, and then German was used until 1867. One of Sofiya’s teachers was famous linguist and philologist Yulian Yulianovych Kobylyanskyy, who was deeply impressed with her intelligence.

Sofiya passed her exams brilliantly in 1885, which caused quite the stir in Galicia. Only thirteen girls graduated in 1886; only forty Ukrainian women had any secondary education; and women’s education was severely limited in both the Russian Empire and Austria–Hungary. Like all women who wanted a higher education, Sofiya had to move to a country that didn’t bar women from attending university. 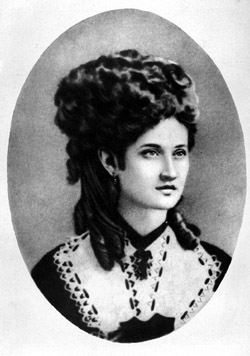 Sofiya and her cousin Nataliya enrolled in the University of Zürich in Switzerland, where Nataliya studied economics and Sofiya attended med school. This school had allowed women to attend philosophy lectures since 1847, and began admitting female doctoral students in 1866.

In 1890, Sofiya married a fellow med student, Vatslav Morachevskyy (Wacław Damian Moraczewski), who was known as a passionate Ukrainophile. Vatslav, a native of Warsaw, went on to have a brilliant career as a professor at Lviv University’s med school, in a wide variety of departments. He also conducted important research which led to the creation of clinical biochemistry and breakthroughs in treating diabetes, leukemia, and cancer.

In January 1896, Sofiya published her doctoral dissertation on how anemia changes the blood. When Sofiya graduated that month, at age thirty, she became both the very first female doctor in Austria–Hungary and the first Ukrainian from Galicia to earn a medical degree.

In addition to starting a career as a physician, Sofiya also began publishing stories in the first women’s almanac, under the pen name Yerina. Another highlight was the birth of her first child, Yuriy, in February 1896.

Her second child, Eva, was born in 1898. The family moved to the Czech resort town of Karlsbad (now Karlovy Vary) in 1900.

It was extremely hard for Sofiya to find a decent job as a doctor, despite her medical degree and having successfully defended her dissertation, since many people refused to employ a female doctor. Finally, on 1 October 1903, she began working in Lviv’s People’s Hospital for the Poor, which was run by her cousin Yevhen. This was a charity hospital, so she didn’t get paid.

Sofiya chose gynecology as her specialty, and became the first doctor of either sex to practice that field in Galicia. At People’s Hospital, she organized classes for midwives and the Sisters of Charity nuns. Sofiya also compiled a dictionary of Ukrainian medical terminology and helped to found the Medical Commission, the first doctors’ trade union.

Another highlight of her career was being the first doctor in Galicia and Austria–Hungary to use radiation to treat cancer. 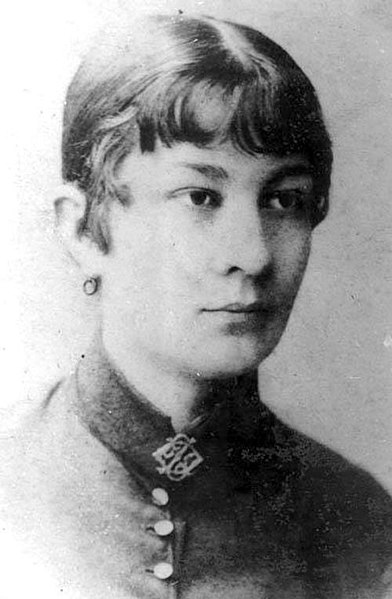 Sofiya was heartbroken and horrified to learn Vatslav was cheating on her with a famous Polish artist and aristocrat, Maria Vodzitska, twelve years younger than Sofiya. Vatslav had also abandoned his Ukrainophilia for Polonophilia under Maria’s influence.

Sofiya left him shortly before WWI began. During the war, she treated wounded Ukrainian soldiers in Austrian POW camps. She filed for divorce after the war and finally opened her own medical practice.

Sofiya’s daughter Eva tragically took her own life a few months after the divorce, which caused a great depression in Sofiya. For a year, she didn’t communicate with anyone but her son Yuriy and her patients. Vatslav was also deeply affected, and carried the urn of Eva’s ashes with him at all times, even during lectures. He was buried with the urn in 1950.

The birth of her granddaughter, named in her honor, helped to revive Sofiya’s spirits. She was also invited to more lectures and meetings of Lviv women, and joined the Ukrainian Society of Women with Higher Education.

Sofiya died of appendicitis at age sixty, in 1926. She’s buried in Lychakiv Cemetery in Lviv.