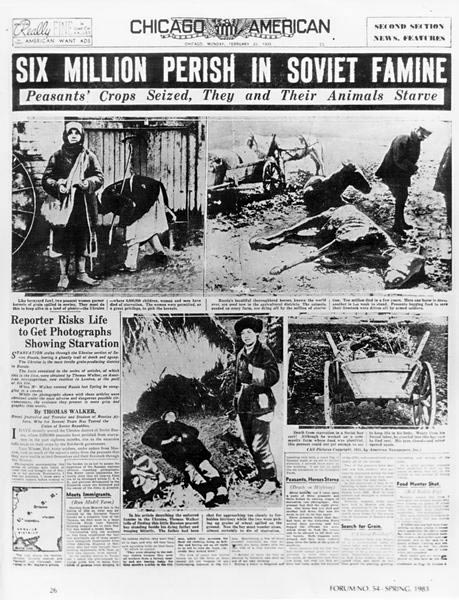 The Holodomor was a famine in Ukraine that lasted from spring 1932 to July 1933 and killed millions of people. Historians disagree on the exact death toll, depending on which research methods they use. Estimates range from 3.5 to 7 million. A few people believe up to 20 million were killed, but most historians believe such a figure is extremely exaggerated and has no basis in facts.

The word Holodomor derives from holod (hunger) and mor (plague). Loosely, it means “death/killing by hunger/starvation.” This etymology draws from the expression moryty holodom, to inflict death by hunger. The verb moryty means “to torment, to poison, to drive to exhaustion,” and its perfective form, zamorty, means “to kill or drive to death by hunger or exhausting work.”

The famine was first referred to as the Holodomor in the Czech magazine Večernik on 17 August 1933. Various other terms were used through the ensuing decades, such as hunger catastrophe, famine catastrophe, and artificial famine. Holodomor became the accepted, mainstream word by the 1980s.

One of the causes of the Holodomor was dekulakization, the mass arrests, deportations, and murders of kulaki, well-off farmers with a lot of land. Coupled with forced collectivization, this radically changed the Ukrainian landscape. With all farming now under state control, people were compelled to turn over all extras from their harvests. Cops and authorities also confiscated any other food they wanted.

Kolkhozi (collective farms) who failed to meet their quotas or turn over the excess were blacklisted and forced to give the state fifteen times their quota. They also lost the rights to trade and receive deliveries. Anyone who didn’t obey was arrested for treason. 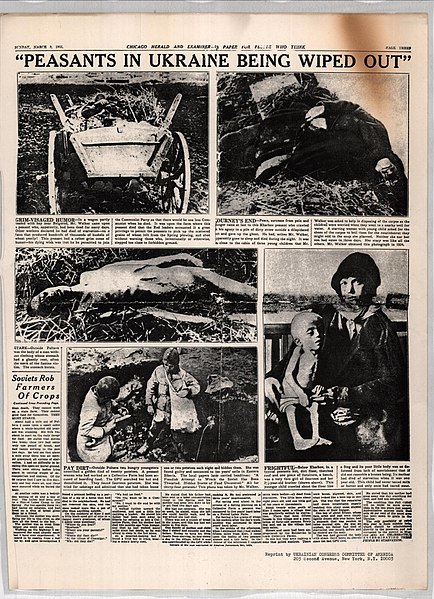 In November 1932, Ukraine was ordered to provide one-third of the entire grain supply for the entire USSR. The borders were sealed in January 1933 to prevent starving, desperate people from moving to other republics. By the end of February, 190,000 peasants had been caught trying to cross the border and were forced home to starve.

Even after the target grain quota for 1932 was met in January 1933, authorities continued collecting it. Ukraine also had fewer tractors, thus making it harder to harvest.

Even very small items like cherries, pears, and apples were confiscated.

Though Stalin knew about the famine and how many people were dying, he refused to send any aid. On the contrary, people who publicly wrote or spoke the truth were arrested and shot or sent to the GULAG.

The highest death rates by far were in the oblasts (provinces) of Kyiv and Kharkiv. Third place was Vinnytsya, and then came Dnipopetrovsk, Odesa, Chernihiv, and Stalino (now Donetsk). The oblast with the lowest death rate was Tyraspil, then part of an autonomous Moldavian Republic. Many people were shot trying to escape the famished lands.

To prevent peasants from killing their livestock to feed themselves, these farm animals too were seized as Soviet property. People caught slaughtering cattle or other animals were arrested as enemies of the people.

The situation grew so desperate, many people resorted to cannibalism. Those who gave food to others, and who refused to steal food, resort to things like prostitution, engage in cannibalism, or kill others, were the first to die.

Over 2,500 people were convicted of cannibalism. 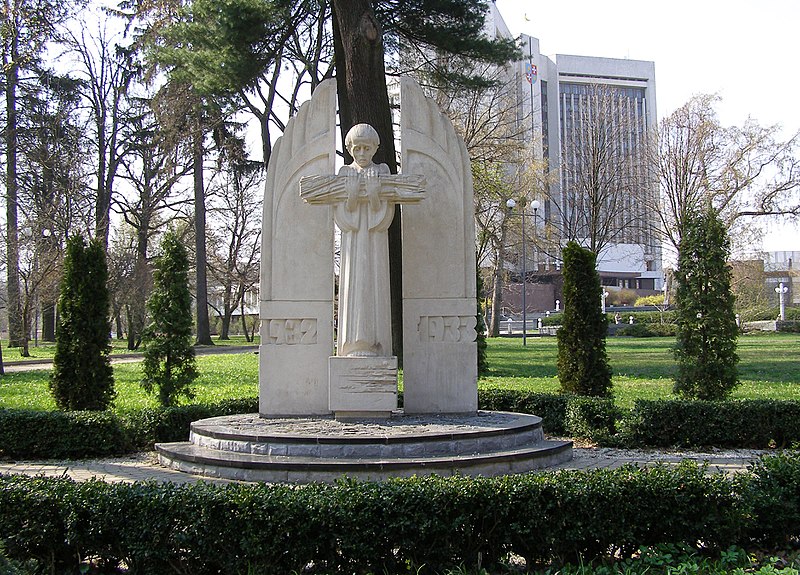 Expectedly, many of these things made people quite ill, even causing death from intestinal disease. There were also no nutrients, proteins, or carbs in some of these desperation foodstuffs.

The Holodomor not only caused the deaths of millions of people, it also drastically affected the birthrate and caused many miscarriages, stillborns, and sickly babies.

For years, Soviet authorities suppressed information about the famine, both its true extent and its mere existence. 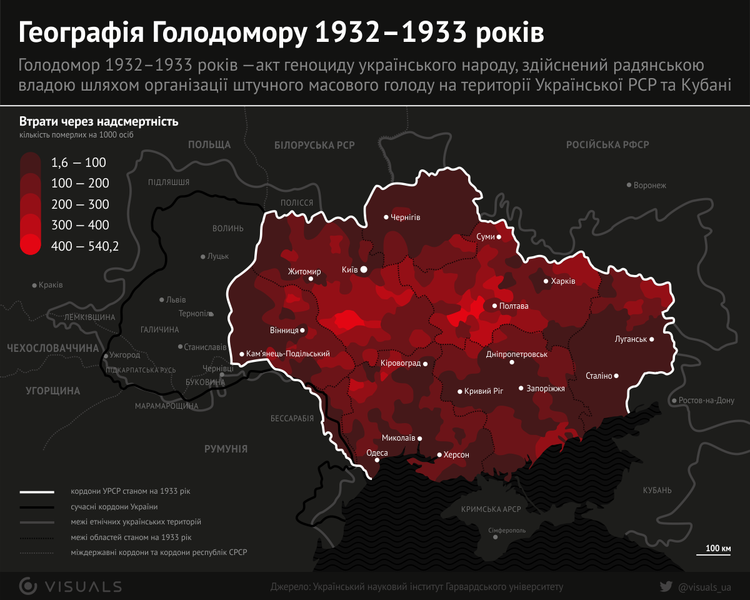 The Holodomor was part of a greater Soviet famine that lasted from 1930–33, particularly affecting Kazakhstan. Several million more people died in these other republics, and 650,000 Kazakhs fled to other Soviet republics, China, Afghanistan, Mongolia, and Iran. They were later brutally repatriated. 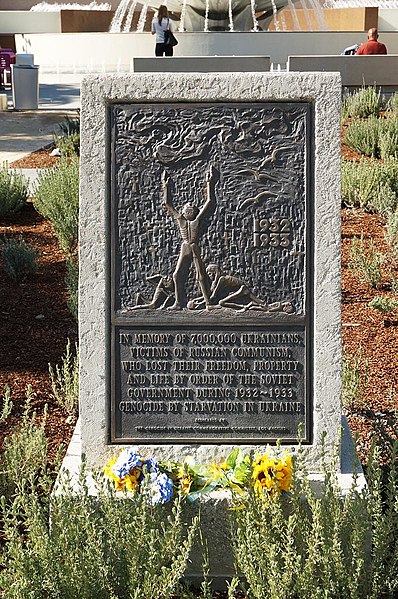 Though everyone agrees the Holodomor was a crime against humanity, a debate has raged for years over whether it were a deliberate genocide. A very tiny minority believes it was caused by natural factors. 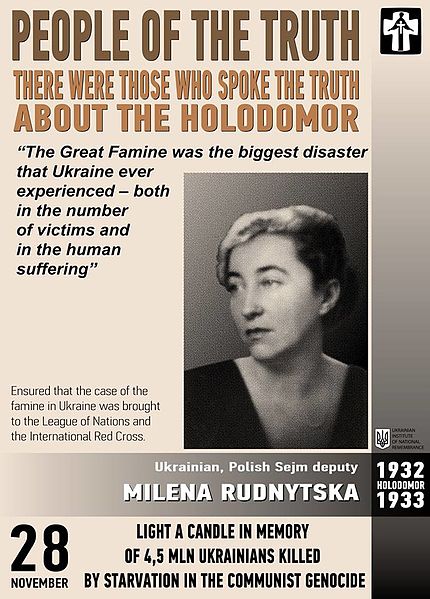 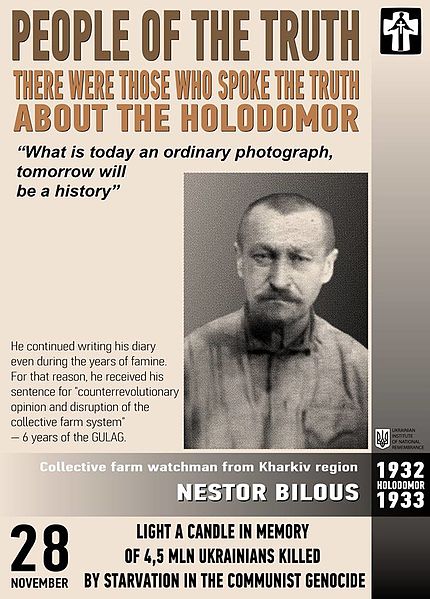 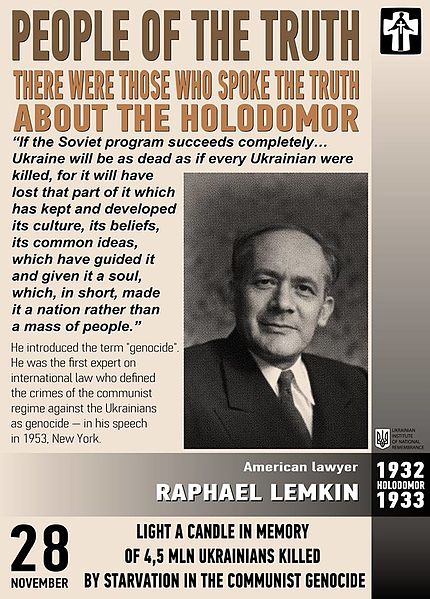 8 thoughts on “The Holodomor (Голодомор)”