I’m now sharing from my alternative history, with the working title A Dream of Peacocks. It starts on May Day 1274, when Dante met his great love and muse Beatrice Portinari, and will give them an eventual happy ending, with lots of Sturm und Drang.

I’ve skipped ahead quite a bit, to Part III, near the beginning of Chapter XVI, “Permanently Broken Bond.” My intention wasn’t to write this book out of order as I did with my other alternative history, but it was the only way I was able to start pulling up in my lagging NaNoWriMo wordcount. Some parts of books flow faster and more effortlessly than others.

It’s now 1287, and Dante is 22 years old, married for the last two and a half years to Gemma Donati. He lost his father as a teenager, and Brunetto Latini became his guardian. In turn, Dante also helps with the upbringing of his much-younger halfsiblings Francesco and Gaetana (Tana). 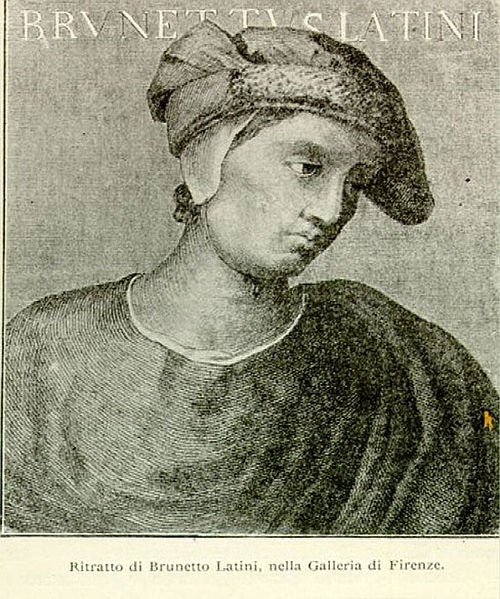 I was in the middle of studying Averroes’s Aristotelian commentaries with Ser Brunetto during the eleventh day of November when Tana came running into the room, her face a deathly shade of grey and her hair in an advanced state of dishevelment. Immediately I leapt up from my chair and hurried towards my dear little sister.

“What happened, dolcissima?” I put my hands on her shoulders. “Is something wrong with Francesco or your mother?”

The nine lines end here. A few more to complete the scene follow.

“But how could that be! She’s only about seven months along!”

Tana crossed herself. “She assumed it was just a passing pain or her imagination, but then she started making funny noises and retreated to your bed. My mother sent me to fetch you, so you wouldn’t be surprised when you came home and saw your wife in labor so early.”

“Some ladies have false signs before the delivery,” Ser Brunetto said. “I’ve read about this kind of thing in the writings of Avicenna, Trota of Salerno, and Haly Abbas.” He shut the book. “If this can’t be stopped, perhaps the child will survive. There are cases of children surviving a premature birth. Whatever happens, it’s all in the hands of God now.”

I pulled my hood over my head and took Tana’s hand. “Perhaps everything will be normal by the time we come home.  We shouldn’t tempt the forces of evil by thinking only of negative outcomes.”