To mark Rudy Valentino’s 95th Jahrzeit (death anniversary), I’m sharing the fourth section of Chapter 23, “Death of Valentino,” from The Twelfth Time: Lyuba and Ivan on the Rocks.

“Why again are we returning to the city during a heat wave to go to a wake for someone we never met?” Ivan pesters as they get off the subway on Tuesday. “I hate crowds, and I can already hear all those loony women screaming and weeping.”

“Because our grandkids will love to hear the story of how we went to the viewing of a famous moviestar who died in our adopted hometown,” Lyuba says. “And Kittey and Viktoriya were fans, though not crazy and obsessed like Anastasiya.”

“Do I see a riot in progress?” Eliisabet asks. “I’m sure he’d be so proud of his so-called fans for turning his wake and funeral into a three-ring circus.”

When they join up with Alla, Vera, Natalya, Fyodora, and Anya Godimova, they notice smashed windows in the approaching Frank Campbell Funeral Home and a number of police on horseback. Ivan wishes he hadn’t been talked into leaving their happy shore vacation to witness this madness.

“I don’t like seeing so many police in one place,” he says. “It brings back bad memories.”

“I’ve seen those uniforms in newsreels.” Vera points. “They’re Italian Blackshirts. What are they doing here?”

“There’s still time to turn around and go back to the shore. Who knows what all these police might do to us if they think we’re among the crazy people smashing windows and fainting. I wonder how many coffin-climbers they’ve had to restrain so far.”

“Police in this country only arrest you or use physical force if they have a good reason,” Eliisabet says. “They’ll see we’re normal people not causing trouble.”

“Clearly you haven’t seen many movies,” Viktoriya says. “A lot of cops arrest or follow people who haven’t done anything. They have God complexes like doctors.”

“I don’t think it’s very funny to see people, even in fictional situations, having their basic civil liberties violated.”

As they get closer to the funeral home, they see several policemen hauling a screaming, weeping, hysterical Anastasiya out the door and through the street. Anastasiya is fighting against the cops and trying to climb over them to get back into the funeral home, loudly protesting she’s a very important woman. Dagnija, who came as her companion, looks extremely embarrassed for her.

“Why does this not surprise me?” Katrin asks. “I just knew Nastya would be among the crazy, hysterical fans rioting and fainting.”

“How come dead people have to be displayed before they’re buried?” Tatyana asks. “It’s nicer to remember them alive, not lying in a coffin.”

“It gives people one last memory and chance to say goodbye,” Lyuba says. 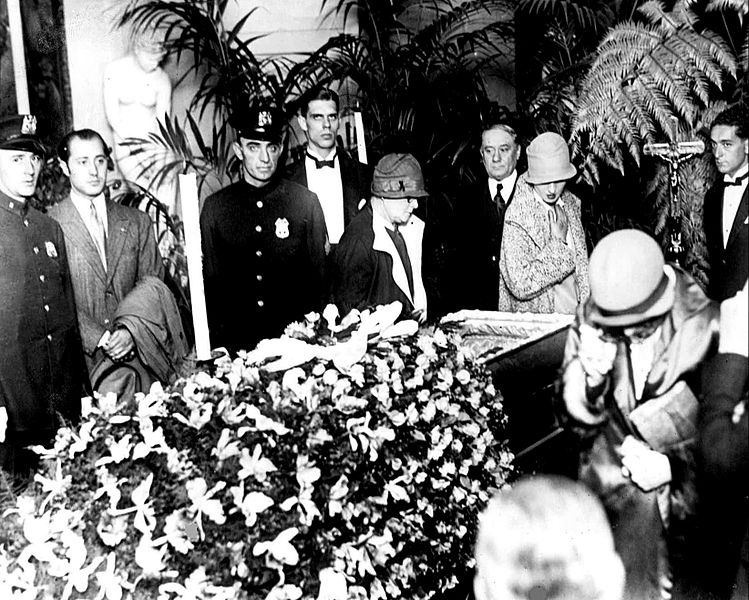 “If that bad guy had killed Papa before you killed him with the fire poker, I wouldn’t have wanted to see him dead in a coffin.”

“Mama killed a guy with a fire poker?” Fedya asks. “When did it happen?”

“Our last day in Russia, a man from the secret police came into our house in Pskov and made his case for me being the escaped criminal everyone was looking for,” Ivan says. “Before he could fire his gun, your mother crept up behind him and hit him on the head with a fire poker. When he started to move, she stabbed him in the heart.”

“Wow, you’re really brave,” Fedya says proudly, smiling up at her. “If you hadn’t killed that bad guy to protect him, I never would’ve been born. Babushka and Dedushka think you don’t love Papa, but if you hated him, you wouldn’t have done that.”

“Yes, your mother’s the best life partner I ever could’ve asked for.”

A phalanx of police are assembled around the funeral home, and only allow Lyuba’s party to go in a few at a time. First Kittey, Vera, and Natalya go in, having been the biggest fans, followed by Viktoriya, Alla, and Fyodora, then Katrin and Sandro, then Eliisabet and Nikolay, then Kat, and finally the Konevs. Lyuba starts sobbing hysterically at the sight of the pale, emaciated body in the coffin.

“Can we go back to Long Island now?” Ivan asks, looking uncomfortably at the dead actor before shifting his gaze back to his children.

“Can you promise you’ll never take sick and will always look after your health, Vanyushka? He was only three years older than you, and might’ve lived if he’d gone to a doctor sooner.”

“Of course I’ll take care of myself for you and the kids. Hopefully I don’t have any longterm effects from breathing in all that iron residue and lifting all that iron. My cough is slowly going away too.”

“I never want to lose you so young. He must’ve gone through such agony before God finally put him out of his misery. Promise me you’ll die on the same day and hour as I do, when we’re old, not in the prime of life.”

Someone calls to them that their time is up. Lyuba takes Katya from Ivan and walks out with Tatyana, while Ivan takes Fedya and Darya by the hands.

“Bye-bye, Mr. Moviestar.” Fedya waves. “I hope you have a good time with the angels.”

One thought on “Commingled pandemonium and sadness at Rudy’s wake”