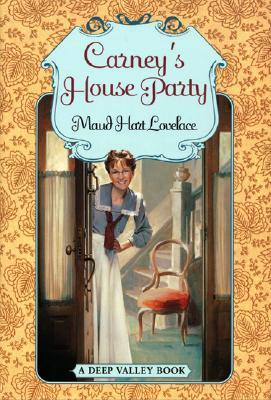 I really, really enjoyed this book! Of the eleven Maud Hart Lovelace books I’ve read to date, this was my absolute favourite. I read it in one day, and was left wishing for more books about Carney. Frankly, I like her more than Betsy after reading this! This book also fills in some of the gaps between Betsy and Joe and Betsy and the Great World (much better than the infodumpy backstory in Chapter Two of the latter).

I suppose I loved this book so much because the characters are now 19 and 20 years old, at university, stepping into a more mature stage of life. While there are plenty of picnics, dances, daytrips, and such with “The Crowd” in this book, they don’t feel as shallow as they did in the high school books, since that’s not all they do anymore. 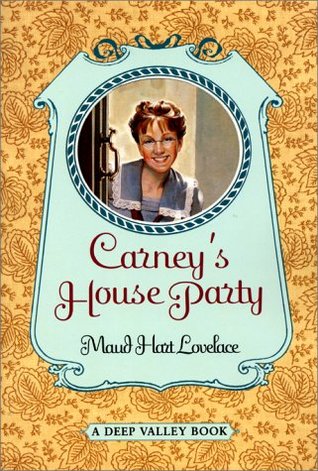 It’s June 1911, and Caroline Sibley (Carney) is concluding her sophomore year at Vassar. Though there are a lot of strict controls on the students, to keep their minds on academia and prevent too much contact with men, Carney and her friends still manage to have a whole lot of fun. Unlike Betsy, Carney also really likes college.

But there is one dilemma weighing upon Carney’s mind as the spring semester draws to a close—whether or not to invite her roommate Isobel Porteous to visit her house back in Deep Valley, Minnesota. As much as she genuinely likes Isobel, Carney fears her small Midwestern town won’t make a great impression upon a sophisticated Long Islander steeped in Eastern culture, customs, and refinement. How could Deep Valley ever possibly hope to compare to New York City and the Hamptons? 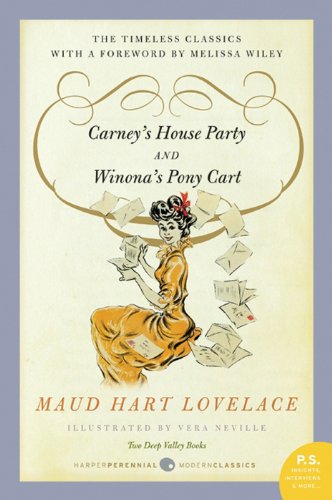 Carney hopes to throw a house party over summer vacation, since her old friend Bonnie is back from Paris. In a letter, Mrs. Sibley cheerfully suggests Isobel can stay there too. But while the Sibleys clearly seem to be upper-middle-class, they still don’t have oodles of servants, a pool, a tennis court, a mansion, nothing Isobel is used to.

A big brouhaha erupts when Isobel has a male visitor. Not only does she entertain him in a parlour in the dorm, she also brings him to dinner and the mandatory daily chapel service. All her friends are mad with curiosity to know just who he is and how serious they are. This storyline is handled very well through the book, keeping the reader wondering until near the end just what the truth between Isobel and Howard really is.

Carney is very glad to be home with her parents and three little brothers. I loved the depictions of their warm family life, and the character development of each Sibley. One of the things I’ve struggled with in the Betsy–Tacy series is lack of deep character development. Some secondary characters do emerge as more than just names on a page, but because of the cast bloat, it can be hard to discern any real difference between, e.g., Cab and Dennie or Alice and Irma. No wonder Mrs. Lovelace’s editors advised her to make Winona a composite character instead of adding yet another new person!

Anyway, Isobel arrives after July Fourth, and she and Carney take a daytrip to Murmuring Lake. While there, they meet Sam Harris, whose rich family just moved to the area. Carney isn’t impressed with his extra pounds, unkempt hair, unshaved face, and horrible habit of charging everything, but Isobel seems quite taken.

This development makes Carney very happy, since if Isobel and Sam become an item, it’ll assure Isobel’s visit is a smashing success.

Presently, there’s a masquerade party, and who should arrive but Betsy, whom everyone assumed was still in California with her grandma! She becomes the fourth girl on the sleeping porch during Carney’s long house party. With another guest added, there’s even more fun to be had.

And then another guest announces his impending arrival—Carney’s long-distance beau Larry Humphreys, who moved to California after their sophomore year of high school. They’ve written weekly letters ever since and assumed they’d eventually reunite and live happily ever after.

But though Carney still has great affection for Larry, that old romantic spark just doesn’t seem to be there anymore, and she’s not making any effort to go off with him alone. He seems more like a buddy than a boyfriend. In comparison, Carney loves spending time with Sam, and talking with him comes so naturally, even about personal feelings.

Will she choose the old love with her high school sweetheart or the new love with a man who seems perfectly matched in so many ways? And just what is going on with Isobel’s love life?