If you’re observing Tisha B’Av, may you have an easy and meaningful fast!

I’m now sharing from a brand-new project, an alternative history with the working title A Dream of Peacocks. It starts on May Day 1274, when Dante met his great love and muse Beatrice Portinari. They’re now walking in the garden.

We don’t know either of their actual birthdates, but we know Dante was a Gemini, and that he was born in late May, possibly the 27th. It would be so fitting if that really were his birthday, since the numbers add up to his lucky number nine, and his bones were serendipitously rediscovered on 27 May 1865 after mysteriously vanishing in 1519.

In La Vita Nuova, Dante says of Beatrice’s age when they met: “She had been in this life long enough for the heaven of the fixed stars to be able to move a twelfth of a degree to the East in her time.” In other words, she was eight years and four months old, and thus born in late December 1265 or early January 1266. 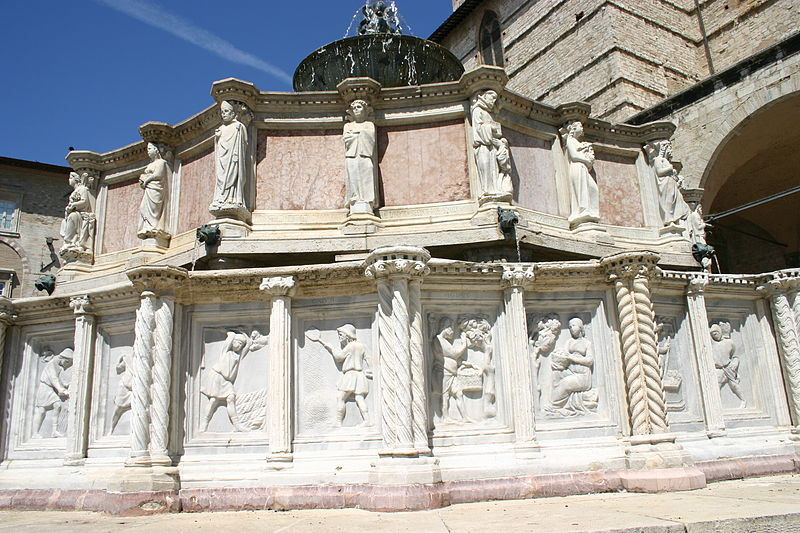 Beatrice walked around the fountain and touched the Zodiac engraving of a goat. “That’s me. I’m a Capricorn. My birthday is December twenty-seventh. I’ll be nine years old.”

I indicated the twins Castor and Pollux. “I’m a Gemini. My teachers say that’s a very lucky, blessed sign to be born under. My birthday is May twenty-seventh, so you’re exactly seven months younger than I am.” Since mathematics was one of my favorite subjects in school, I continued rattling on.

“If you add the two numbers in twenty-seven, you get nine. That’s my favorite number. It’s naturally occurred so often in my life, and it’s a perfect square of the Trinity. Three times three makes nine.”

“You’re smart. My tutor only teaches me Latin and religion, and my mother teaches me feminine skills like embroidery and how to identify flowers. Perhaps when I’m older, I’ll learn how to play a musical instrument.”