When I first read the Commedia at 24, I wasn’t exactly happy to see gay men depicted in Hell. But now that my prefrontal cortex is fully developed, and because I’ve done a lot of supplemental study, I’m able to see this aspect of the poem in a markedly different light. Dante’s views on homosexuality are quite nuanced and sympathetic for someone born in 1265.

Yes, he does depict his dear teacher and mentor Brunetto Latini in the Third Ring of the Seventh Circle of Hell, where so-called sodomites are punished, but this part of Hell more generally is for those who’ve been violent against Nature, God, and art. Some modern scholars believe the real reason Brunetto shows up there is because he was violent against his native tongue by writing a book (Li Livres dou Trésor) in French. While Dante himself wrote a number of books in Latin, that was Europe’s lingua franca. It would be some centuries until French eclipsed Latin in that regard. 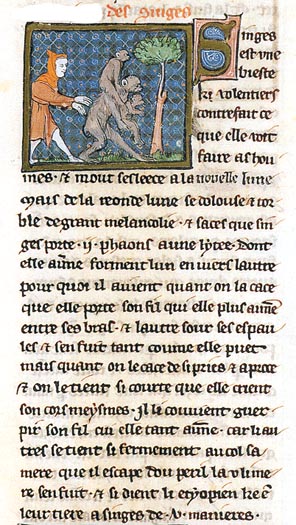 Other scholars feel Brunetto was placed there to show how even the greatest of people may be guilty of private sins (whatever they may be). After all, Brunetto is treated more lovingly and respectfully than almost anyone else in Inferno (apart from Virgil), and there was an obvious bond of love and intellectual kinship between Dante and Brunetto in real life. Brunetto is also the only person in Inferno with whom Dante uses voi, the formal form of you.

In recent years, a love poem some believe Brunetto sent to poet Bondie Dietaiuti was discovered, but the intent may be open to interpretation. After all, many close friends in bygone eras expressed their love for one another (both physically and in words) in ways that suggest romantic or sexual feelings to modern people, but weren’t seen as such historically, let alone considered in that way by the friends themselves. 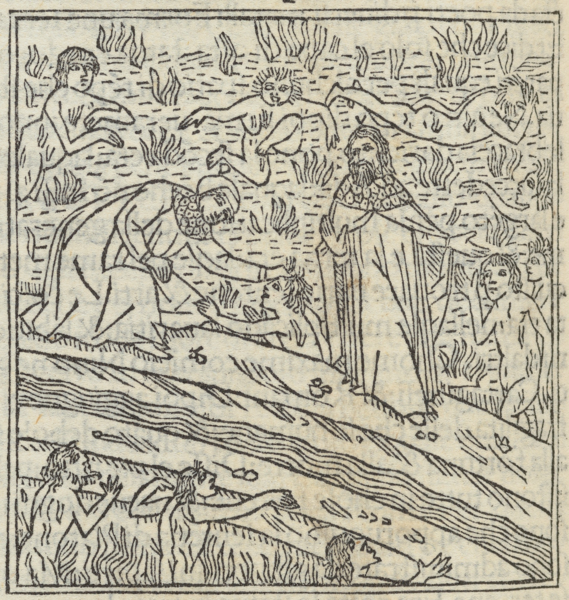 For obvious reasons, it’s often difficult to definitively prove historical figures were gay or lesbian, and Brunetto is no exception. We have nothing but this poem (whatever its true intentions), rumours of the time, and his inclusion in a part of Hell which punishes more than just so-called sodomites.

We also need to be careful about applying modern definitions and concepts to historical figures. Of course gays, lesbians, and bisexuals have always existed, but our modern conception of sexual orientation is relatively recent. E.g., many adult men slept with teen boys in Ancient Greece because that was held as an important coming-of-age ritual, education, and mentorship, not because they considered themselves same-sex attracted.

Even the very word “homosexual” didn’t exist till 1869. The word “sodomite” was used because of a false connection with the sin of Sodom and Gomorrah. In contrast, the Jewish teaching has always been very clear that their sin was lack of hospitality and had nothing to do with sexual behaviour.

In the very next canto, Dante meets three more so-called sodomites, who are also fellow Florentines, Jacopo Rusticucci, Guido Guerra, and Tegghiaio Aldobrandini. After they introduce themselves, Dante says:

“If I could have been sheltered from the fire,
I would have thrown myself below with them,
and I think my guide would have allowed me to;

but, as I knew I would be burnt and seared,
my fear won over my first good intention
that made me want to put my arms around them.

And then I spoke: ‘Repulsion, no, but grief
for your condition spread throughout my heart
(and years will pass before it fades away)….'”

At first glance, this doesn’t seem any different than his sympathy for other people he’s encountered, like Francesca da Rimini and Ciacco dell’Anguillaia. But when he takes pity on someone, it’s because their conduct reminds him of his own behaviour. E.g., he’s so moved by Francesca’s story of indulging forbidden love because he himself loved a woman who wasn’t his wife, a married woman no less.

An essay in the Durling-Martinez translation (considered by many to be the current gold standard) suggests this is Dante’s way of admitting he’s had sexual desires for other men, but fought not to satisfy this curiosity.

In stark contrast to most other depictions of Hell in that era, and indeed into the modern era, there are no sexualised tortures (of either women or men) in Inferno. The closest we get is the scene of thief Agnèl being turned into a snake in Canto XXV.

Then something very curious happens in Canto XXVI of Purgatorio, on the Seventh Terrace. Here, where the lustful purify themselves, are equal numbers of gay and straight men. Everyone in Purgatory is guaranteed eventual entrance to Paradise, so Dante clearly didn’t think homosexuality or bisexuality were truly a sin. In fact, many of the souls in Purgatory committed similar acts to those punished in Hell. The difference is that souls in Purgatory admit their wrong instead of dying without remorse or blaming other people.

There’s also a distinction between the motivation and manifestation of these same acts. E.g., souls in the Second Circle of Hell conducted illicit love affairs, but people on the Seventh Terrace of Purgatory just loved too intensely and didn’t channel their natural sexual desires (for the same or opposite sex) through the best channels. It’s not about the act itself, but how one chooses to pursue it, and why. 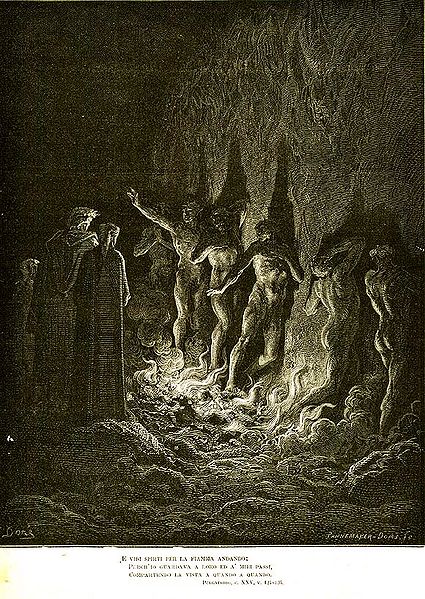 Given the attitudes of his era, Dante could’ve easily left gay men out of Purgatory, meted out sexual tortures to the ones in Hell (which would’ve been entirely in line with contrapasso, a punishment reminding the souls of their sins), and castigated them as perverts, deviants, degenerates, etc. Yet he treats them with great respect and even feels sympathy for them.

One thought on “Gay men in The Divine Comedy”