This was originally written for my old Angelfire site in 2003 or 2004. It’s surprisingly a lot shorter and more on-topic than most of the other book reviews I managed to save during frantic cache and archive searches. Most of the edits I’ve made relate to my ninth grade English teacher, whom I still had a chip on my shoulder regarding when I wrote this.

This book was awesome! I can’t believe I waited so long to read it, after my ninth grade English teacher never got around to it (as well as several other classics we were supposed to read but never did). And now I know to avoid the movie, which is said to be very dissimilar to the book, such as cutting out important scenes and characters, putting undue importance on minor characters, and inventing scenes that never even took place. It also doesn’t hurt matters any that it was written by a nice Jewish boy and the hero of the novel is a nice Armenian boy!

[June 2021 note: I saw the film not that long after writing this, and it was every ounce as dreadful as I’d been warned about. Had I not read the book, I would’ve had a hard time figuring out what was going on. Terrible, insulting screen adaptation which bears almost no similarity to the source material.] 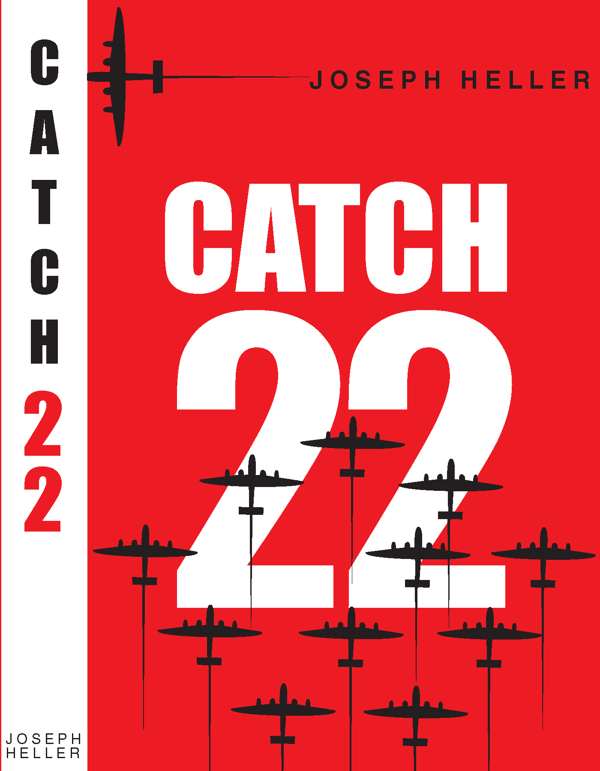 The title is the name of a military (in this case Air Force) rule that says you can’t get out of the service unless you’re crazy, but if you want to get out of service, you’re not crazy, because only a rational mind could come to the conclusion that it’s better to get out now while you’re still alive so you won’t possibly be killed on future missions. In other words, damned if you do, damned if you don’t.

The hero, Yossarian (we don’t get his first name), will do just about anything to get out of the military and go back home so he won’t have to fly any more missions and potentially get killed. He’s seen his friends and comrades die, such as Snowden (the flashbacks to whose death get longer and more graphic as the novel goes on), and the longer the war drags on and the more missions they’re ordered to fly, the more friends get killed in action.

To try to get out of flying more missions, he moves the bomb line on the map, constantly runs in and out of hospital with an alleged liver condition, turns back his flights on minor premises, such as not having a set of earphones, and goes on leave with his buddies to Rome. Unfortunately, Colonel Cathcart keeps raising the number of missions one must fly before going home, and eventually pushes them up to eighty.

A lot of this book gets lost in a film translation, like hilarious wordplay, nonsense of negatives, circular reasoning, and situations and sentences so absurd and ridiculous they’re funny. The characters are also outrageously funny, like the incompetent generals and colonels, Major Major (whose real name is Major Major Major and who was made a major just so people could call him Major Major Major Major), the chaplain who waffles back and forth on the very faith he’s supposed to be sharing with the young men in his outfit, Hungry Joe, Milo Minderbinder, Chief White Halfoat, Flume, and Doc Daneeka.

One of the more absurdly funny parts of the book is when the powers that be in the bombing unit declare Daneeka to be dead because they think he was in a plane that drove into a mountain, even though he’s standing right there shouting at them that he’s not dead!

This is an anti-war novel as well as being satirical and funny. It doesn’t portray war as glamourous and heroic, but instead as Hell, something nobody wants to do, something the hero and most of his friends are trying to get out of every chance they can get. Even the generals and colonels at the top are portrayed as incompetent, absurd, and more concerned about things like parades and feathers in their caps than the lives of the young men they’re in charge of.

Even though it was written about the Italian theatre in WWII and came out in 1961, it’s held up very well and isn’t dated or boring. And I know the view I have of it now is probably vastly different than it would’ve been had I read the novel in ninth grade.

2 thoughts on “A hilarious anti-war novel”