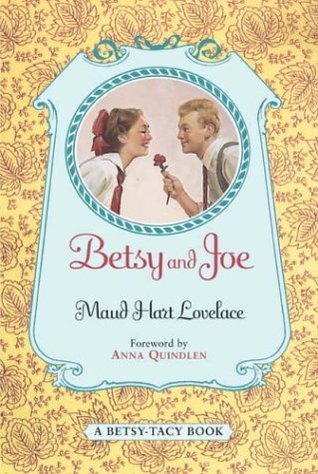 While it seems safe to say at this point that I’ll probably never join the small but committed group of stans for the Betsy-Tacy series, these books and characters have slowly but surely grown on me. One doesn’t have to be a diehard fan or the target audience to genuinely like a series. I just regard it in a different way.

The book opens in summer 1909, as Betsy’s family are on their annual holiday by Murmuring Lake (real-life Madison Lake in Minnesota). Betsy is very excited to get a letter from her longtime crush Joe Willard, who entrusts her with the secret that he’s covering a big land-swindle trial for The Courier News in Wells County, North Dakota.

Joe also invites her to regularly correspond with him, an offer she happily accepts.

Betsy’s older sister Julia is away in Europe, and constantly sending letters home about her exciting adventures in places like London, Paris, Naples, the Azores, and Amsterdam. After summer ends, she’s due to spend a year in Berlin studying opera.

Though Julia is warmly accepted by a host family, her trunk doesn’t immediately arrive. Everyone keeps carrying on about how awful it is that she hasn’t any proper, new clothes to wear to important events or to impress people, as though there are zero department stores in Berlin or it’s impossible for anyone to lend her clothes.

Betsy, now a senior, once again has only a paltry four classes—physics, German (she dropped Latin), civics, and Shakespeare. I truly can’t wrap my brain around a high school even 100+ years ago only offering 4-5 classes to each grade! And to only require two years of math and science (with no trig, chemistry, or biology), and not have gym or electives like art, music, and creative writing!

I wish these books spent more time on Betsy’s academic life instead of being so heavily focused on her social life. E.g., how and why did she choose the classes she did? What kind of homework, papers, and tests did she have? If her parents think it’s so great she’s studying America’s then-unofficial second language her senior year, since so many people in town speak it, why didn’t they have that conversation when she started high school and steer her towards German instead of Latin from the jump? Did Betsy consider studying French? Does the school even offer French, or any of the other courses basic to 99.999% of all high schools?

I also wish there were more details about just what exactly Betsy is writing all these years. We’re told she’s writing novels and submitting stories to magazines, but we know little to nothing about any of these ventures. Only the fourth book explored her writing in any depth, and then her social life eclipsed her writing.

Senior year seems to start off promisingly, with Joe finally visiting the house and going on some dates with Betsy, but a love triangle soon emerges with Tony Markham, whom Betsy had an unrequited crush on in ninth grade. Now that Tony finally has feelings for her, she no longer likes him in that way. Betsy sees him more as a brother.

Because tradition of that era dictated a girl had to accept the first guy to ask her to a dance or other event, Betsy is roped into going out with Tony many times. She doesn’t have the heart to say she’s not interested, and Joe’s work commitments preclude him from asking first on most occasions. Joe also doesn’t let her explain the situation, assumes the worst, and immediately finds another girl to escort.

There’s a pointless subplot about a hot new boy in school, Maddox, joining the football team and becoming an object of ridicule on account of barely participating to protect his handsome face. After he’s publicly mocked in front of the whole school during a pep rally, he lets himself get battered during the last game of the season. I’m so glad modern football helmets protect the face! 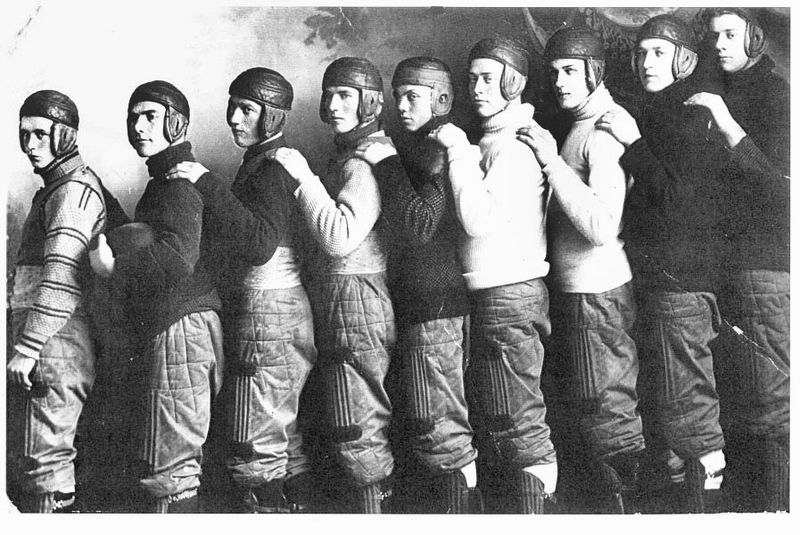 It was jaw-dropping to see Betsy and Tib several times lamenting how Tacy will probably be an old maid because she still shows no interest in dating and boys at the ripe old age of seventeen. Tell me again how Betsy is such an unsung feminist icon of girls’ fiction?

And right on command, shortly after Tacy’s 18th birthday, we meet her future husband, who works with Betsy’s dad and is 27 years old. Mr. Kerr steals a photo of Tacy from Betsy’s photo album and announces he’s going to marry Tacy, no matter how long it takes. He also later sends several bouquets.

Why would a well-adjusted adult man be interested in a high school girl who has absolutely no experience with men? Betsy’s dad even laughingly says Tacy had better watch out, since Mr. Kerr has a way of always getting what he wants!

Anyway, Betsy grows more mature as the year wears on, and realises she has to be honest with Tony. If she makes it clear once and for all romance is off the table, she just might finally win her dream man.