After struggling to find a connection to this series since the first book, I’m finally starting to come around. But it didn’t happen immediately in this the seventh volume, and there were still some things which bugged me. Still, I’m looking forward to the eighth book to see if my connection continues to improve. I plan to reread the entire series when I’m done with it. Some things are better the second time around.

Looking back, part of my difficulty may have been caused by how I heard almost nothing but good things about these books going in, instead of having a blank slate. When your expectations are raised so high, you often feel disappointment at whatever not living up to the hype more keenly. Perhaps I have been too hard on these books, though I remain annoyed at how unrealistically charmed these people’s lives are, without any serious problems. 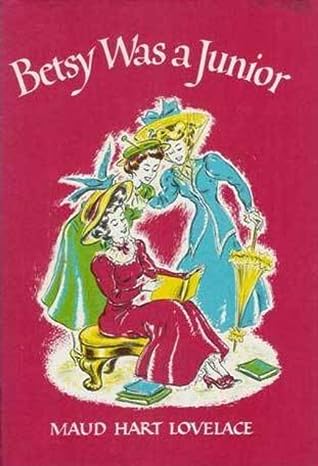 It’s now September 1908, and Betsy once again vows to do everything differently this year so she’ll do better in school, get the guy she likes, and improve herself overall. Much of the first chapter is given over to an infodumpy recap of the last two books, interspersed with Betsy’s resolutions.

Betsy gets a happy surprise near the end of her annual summer holiday at Murmuring Lake (real-life Madison Lake in Minnesota) when her old friend Tib (real name Thelma) arrives. When she last saw Tib over Christmas 1907, Tib revealed the secret that her family were seriously considering returning to Deep Valley (real-life Mankato), and that they’d never sold their old house.

Just as Betsy advised her, Tib has begun acting like a giggly ditz to attract male attention. 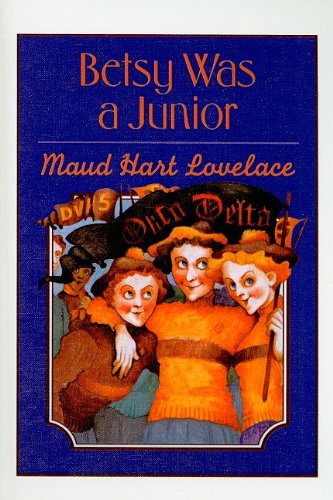 Tib is instantly popular with “The Crowd,” Betsy’s huge group of BFFs, despite not having known most of them prior. I so dislike the trope of the new kid being immediately, warmly accepted! That wasn’t my experience at all my junior year of high school. Most people are too busy getting it on with the BFFs they’ve known since kindergarten to care about newcomers.

Now that Betsy is an upperclasswoman, she’s taking five instead of four classes. (I have such a hard time picturing a real high school even 100+ years ago with such few class periods!) This year, she has Foundations of English Literature, modern U.S. history, botany, home ec (which her school pretentiously calls Domestic Science), and Cicero (i.e., Latin). 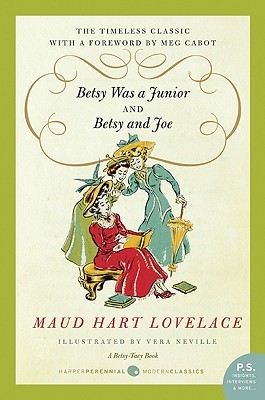 Betsy’s older sister Julia rushes home from university unexpectedly, awash in homesickness, and tells the family about sororities. Three different houses are wooing her, though first-year students aren’t allowed to join until the spring. Julia has her heart set on Epsilon Iota, and won’t hear of rushing any other sorority.

Mr. Ray sensibly thinks Greek life sounds really exclusionary and to the detriment of a university’s real purpose, but Mrs. Ray begins living vicariously through Julia and starts researching the school’s sororities. Later on, she visits campus and goes to all these parties, teas, and lunches alongside Julia. (Can we say helicopter parent?)

Betsy is so taken with the idea of sororities, she starts her own with seven friends, Okto Delta. Eventually, eight boys start the Omega Delta frat. And here Betsy’s troubles begin.

A few of her friends rightly feel excluded, causing strains in their relationships. And just as in the previous two years, Betsy’s attention to social life takes precedence over schoolwork. In particular, she, Tacy, and Tib put off their botany herbariums till almost the last moment.

Slowly, it begins dawning on Betsy that perhaps she’s being snobby and shallow, and that it might be time to put away childish things. I was glad to finally see pushback and real consequences. Hopefully this emotional growth won’t be undone in the last high school book!