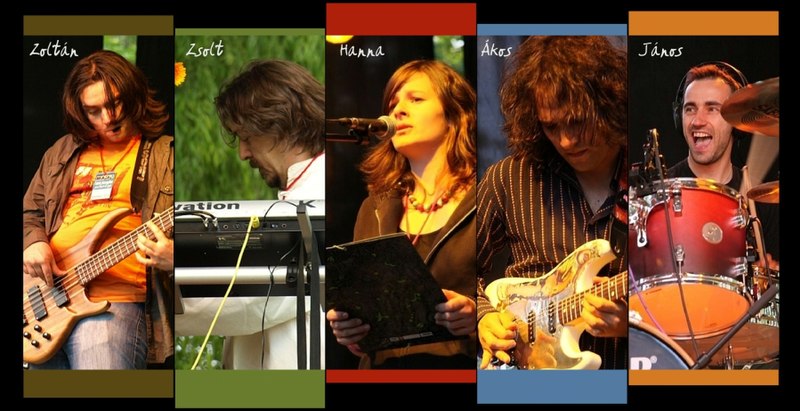 Yesterdays in 2009; Image made by Katusya of WikiCommons, from photos taken by Péter Birta

Yesterdays, a symphonic prog-rock band from Cluj-Napoca, Romania, might seem the furthest thing in the world related to Dante, but they’ve contributed a song to each of the 4-CD boxed sets based on The Divine Comedy.

The Paradiso boxed set came out in October 2010, on which Yesterdays did a song based on Canto XXXIII and appropriately entitled “33.” In that canto, Dante has an intense, indescribable vision of Divine Light and perceives the nature of God and everything in the Universe. He realises Love is the mechanism behind all creation.

A total of 34 bands participated in each boxed set.

The current members of Yesterdays are Ákos Bogáti-Bokor (vocals, keyboard, guitar), Gábor Kecskeméti (flute), and Stephanie Semeniuc (lead singer). Dávid Kósa (percussion) is a former member, and keyboardist Zsolt Enyedi passed away of a stroke on 11 May 2020.

Yesterdays have released three studio albums (two of which have had multiple remastered editions), two EPs, and eight singles. They’ve also contributed songs to five other compilations besides the Divine Comedy boxed sets.

The band was founded in 2000, and won First Prize at the now-defunct Félsziget Festival’s talent competition in Târgu Mureş, Romania. Their first album was released in 2006. In response to their great sales, esteemed French record label Musea snapped them up the next year.

In February 2007, Yesterdays organised the first MiniProg festival in Budapest, with Dutch band Flamborough Head and British band Harmony in Diversity. The latter band is the project of former Yes guitarist Peter Banks.

As of 2021, their fourth album is being written and recorded.