Pietro Alighieri, Dante’s first or second son, was born in Florence (Firenze) in the late 13th century. In 1315, he and his siblings Jacopo, Antonia, and Giovanni joined their father in exile, after not seeing him for fourteen years. Since they were of legal age, they were considered guilty of Dante’s “crimes” by extension, and had to share his sentence.

Dante’s children dutifully followed him during his sojourns in various Italian cities, until they settled in Ravenna in 1318. Pietro also received ecclesiastical benefits in Ravenna.

In 1322, a year after Dante’s death, Pietro returned to Florence and discovered what a financial mess his family was in. When Dante was sentenced to exile, the city seized all his properties and assets, and they were still held hostage.

To try to improve his economic situation, Pietro began studying law in Bologna in 1323, and eventually received a doctorate. Cangrande della Scala was his benefactor. During his studies, Pietro befriended the great Petrarch. 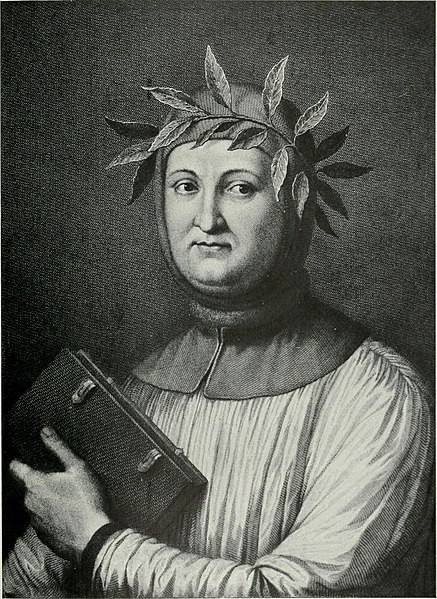 Unlike Jacopo, Pietro didn’t take advantage of the amnesty granted to so-called political criminals, and so was unable to return to Florence. In 1331, he decided to move to Verona, where he settled in the Palazzo Bevilacqua, a 13th century palace in the city centre.

Pietro’s relationship with his uncle Francesco (Dante’s halfbrother) completely fell apart in Verona, due to testamentary rivalries. Dante’s assets were divided between his sons and Francesco, and Francesco got the land, from which he made his living raising cattle and farming. Perhaps Pietro felt more entitled to that land, and resented his uncle making money off of it in his stead.

Pietro worked as a lawyer in Verona, and also served as a delegate to the city’s podestà from 1332–47. Later he was a judge. After moving to Vicenza, Pietro was vicar to that city’s podestà.

Around 1335, Pietro married Iacopa di Dolcetto de Salerni, by whom he had three daughters, Alighiera, Gemma, and Lucia, and a son, Dante. All three of their daughters became nuns in the monastery of San Michele di Campagna.

Pietro also had an extramarital child, Bernardo, who became a notary in Verona. Bernardo’s son Niccolò was a pharmacist in Agram (now Zagreb, Croatia). 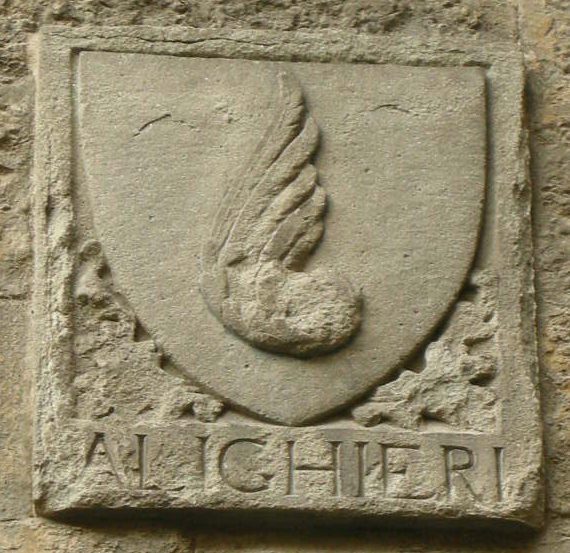 Second of the two Alighieri coats of arms, Copyright Sailko

Pietro also found time to write. He composed some poems and songs, but his major literary work consists of commentaries on his father’s writings. After 1347, Pietro wrote a 20-codex commentary on The Divine Comedy. He also wrote commentaries on Dante’s shorter poems.

In his old age, Pietro moved to Treviso. He signed his will on 21 February 1364 and died exactly two months later. Pietro was initially entombed in the Church of Santa Margherita, but his remains were later moved to the Church of San Francesco.