Prince Guido Novello II da Polenta was the grandson of Guido da Polenta the Elder of Vecchio, son of Ostasio da Polenta, and nephew of the infamous Francesca da Rimini. He held various public offices in Cispadini until he succeeded his uncle Lamberto as podestà of Ravenna on 22 June 1316.

Though the exiled Dante had enjoyed an excellent relationship with Cangrande della Scala of Verona, who had personally invited him to stay in that city, he nevertheless journeyed to Ravenna in 1318. Theories about why this is varies. Some scholars believe Dante and della Scala had a quarrel, or that Dante was sent there on a mission by della Scala. Others believe he was attracted by the idea of a court of fellow writers.

Those writers included Guido himself, who was overjoyed to welcome such a great poet and celebrity to his city. Dante and Guido became fast, dear friends. 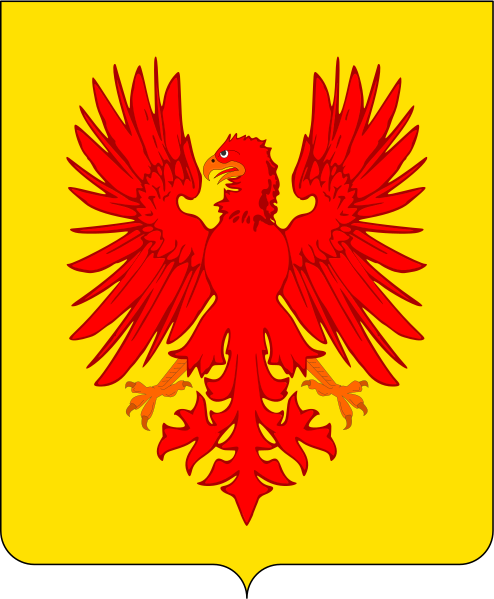 Though Guido pursued a policy of peace, not war, he was drawn into a major dispute with Venice over the salt trade. At one point, Ravenna attacked a Venetian fleet, and Venice decided to ally themselves with Forlì.

It just so happened that Forlì was ruled by the Ordelaffi family, who’d been among Dante’s first protectors after he was exiled. For these reasons, Guido sent Dante to Venice on a diplomatic peacekeeping mission. Since Dante and the Ordelaffis still enjoyed a cordial relationship, Guido figured he’d easily make peace between the two cities.

The mission was a success, but it sadly led to Dante’s death from quartan fever, a type of malaria, at age 56. He was bitten by an infected mosquito on his way back to Ravenna, and died not long after he returned to the city. Guido was so emotionally shaken by his friend’s death, he laid a laurel wreath upon his head in the tomb and gave him the most important of funerals.

Trouble began when Guido was elected Capitano del Popolo (Captain of the People) of Bologna and left Ravenna’s rule in the hands of his brother Rinaldo, Archbishop of Ravenna, in 1322. Not long afterwards, on 20 September 1322, Rinaldo was assassinated by his cousin Ostasio I da Polenta.

Guido refused to take these outrages lying down, and fought to regain control of his beloved Ravenna and avenge Ostasio’s murder. Unfortunately, he passed away in 1333, before he had a chance to oust that foul usurper.