Jacopo Alighieri (Iacopo di Durante degli Alighieri), one of four kids Dante had with his wife Gemma di Manetto Donati, was born around 1290 in Florence (Firenze). Unfortunately, there are no known drawings or paintings of him, and not much of anything is known about his early life.

When he came of age, Jacopo joined his exiled father, along with his siblings Pietro, Antonia, and Giovanni. As the adult children of an exile who refused to pay the huge fine demanded of him and with a burning death awaiting him should he return, they were condemned to exile by association. Jacopo’s mother remained in Florence.

Historians believe Jacopo and his siblings went first to Verona, then Ravenna. Their father’s patrons, the da Polenta family, protected them until 1322, the year after Dante’s death. 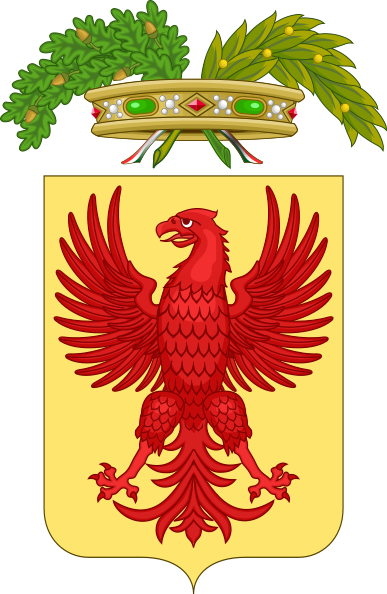 Coat of arms of Ravenna, with the da Polenta shield, Copyright User:David_Liuzzo

Dante finished The Divine Comedy in 1320 or 1321, not long before his 13/14 September 1321 death. Since this was before even the printing press, it was all handwritten. Paper manuscripts being what they are, not all of it was gathered in the same place. In Dante’s case, the final pages were missing, and he was no longer alive to tell people where he put them. He also hadn’t left any notes about their location.

Divine Providence intervened, and Dante came to Jacopo in a dream, showing him where the rest of the poem was. Jacopo found it in exactly that place!

Jacopo sent a copy to Guido II da Polenta, lord of Ravenna, and it was distributed to the rest of Italy and the entire world from there. In those early, pre-printing press days, all the manuscripts were hand-copied. Many were also beautifully illustrated. 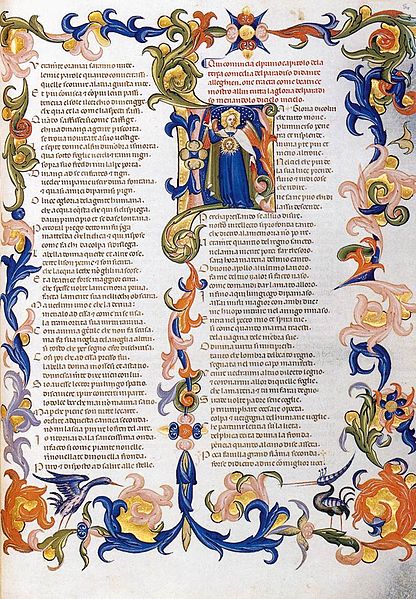 Jacopo safely returned to Florence in 1325, and the next year received minor religious orders enabling him to get a canonical office in Verona. He then set about settling his family’s finances, and in 1343 finally successfully regained Dante’s confiscated assets.

Like his father, Jacopo too was a writer. The first of his two major works is the Dottrinale (Doctrinal), concerned with religion, astrology, astronomy, human beauty, the virtues of the Holy Roman Empire, family, free will, love, and hate. It was inspired by ancient writers, and sometimes mimics Dante’s style. The book is divided into two sections and 60 chapters, with seven-syllable rhyming couplets. Each chapter has ten stanzas.

The Commento is a line-by-line commentary on the Inferno canticle of The Divine Comedy. Jacopo was among the first to write a commentary on the poem. By 1340, there were six major commentaries available. Jacopo’s accompanied the copy of the full poem he sent to Guido da Polenta. 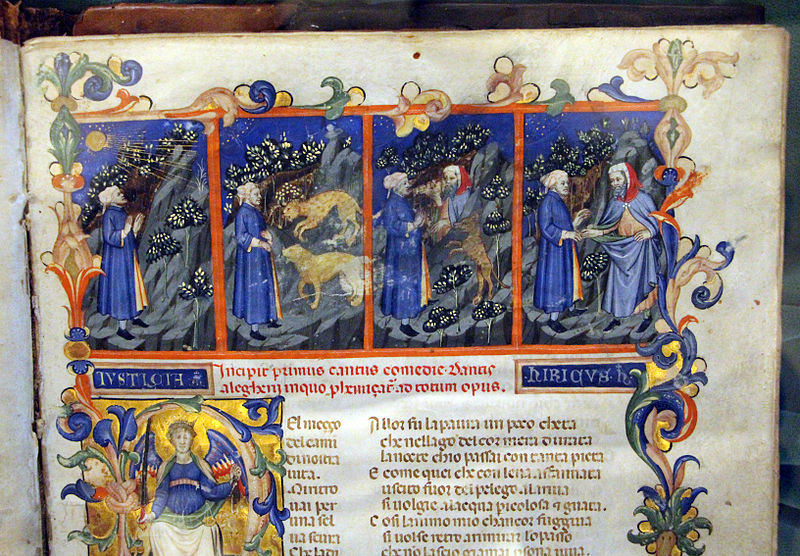 Later in life, Jacopo had a troubled relationship with Jacopa de Biliotto degli Alfani, from a Florentine banking family. They had two kids, Alighiera and Alighiero.

Jacopo is believed to have died in Florence in 1348, probably of Bubonic Plague.