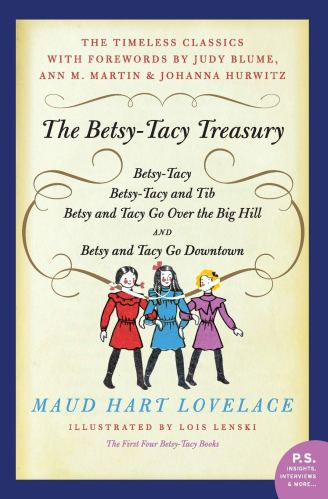 Seeing as I came to this series well into adulthood, without a rosy-colored childhood nostalgia view, it took quite awhile for me to start warming up to it. While I found some episodes cute, sweet, and charming, these books are just too idyllic and happy-clappy for my tastes. I quit watching Full House cold turkey at thirteen because I finally got sick of their unrealistic, syrupy, corny stories, insipid characters, and problems easily solved by quick heart-to-heart pep talks.

I’m not asking for a nonstop parade of doom and gloom, esp. considering these are children’s books, but at least give me some edge, real conflict, actual consequences or pushback when these kids misbehave, do something potentially dangerous, or annoy someone! Even a deliberately episodic, slower-paced, character-based story needs hung on some kind of arc.

The “Kids back in the day were so much more innocent and wholesome!” angle also fails for me. My great-grandparents were born around the same time as Mrs. Lovelace, and they only wished they could’ve had such an idyllic childhood as hers. Poor and working-class kids have never had that luxury. 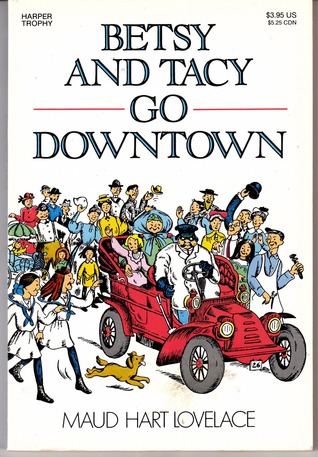 It’s 1904, and Betsy and her BFFs Tacy and Tib are twelve, old enough to start having more mature, sophisticated adventures like going downtown alone and attending the theatre. Betsy is also spending more time writing stories, often while sitting in the “crotch” of a tree by her house. (Until I read this book, I’d never heard the word “crotch” used in that way!)

Tacy comes to Betsy in tears, saying her dad burnt a book lent to her by Betsy’s family’s maid Rena, Lady Audley’s Secret. He denounced it as trash because it’s not “real” literature like Shakespeare and Dickens. (This élitist attitude towards popular fiction will come back later in the story, even worse.)

To get the dime to buy another copy of the book, the three girls force their presence on Betsy’s older sister Julia and her beau Jerry. In the past, Jerry has given them a dime to get them out of their hair, and they know he’ll do it again.

Jerry does one even better this time and gives them each a nickel. Now they’ll have five cents left over to buy candy. (If only the cost of living were still that low!) 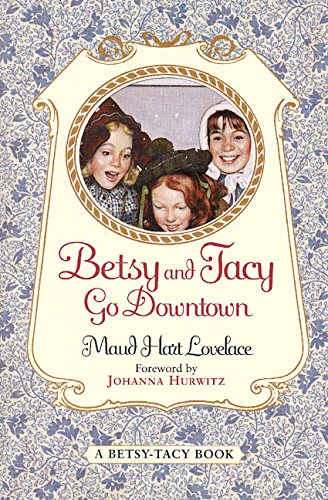 Downtown, they’re amazed to see a car, the very first in their town. Its presence causes a great hullabaloo, and Tib eagerly volunteers to take a ride in it with owners Mr. and Mrs. Poppy. The Poppys are from Minneapolis, so glamourous they live in a hotel, and both weigh over 300 pounds.

After the brief car ride, the girls go to the Opera House and are delighted to see an advertisement for an upcoming performance of Uncle Tom’s Cabin, which was a hugely popular, famous play in the late 19th and early 20th centuries. Everyone was familiar with the story, and going to see it live was a major deal.

Towards this end, Betsy, Tacy, and Tib launch a committed campaign to convince their new friend Winona to give them her other three “comps” (complementary tickets she begged off her newspaper editor dad).

After pulling out all the stops and finally resigning themselves to not being able to go, the girls are oh-so-predictably invited last-minute. They have an absolutely fabulous time at the show, and since they arrive so early, they’re able to tour the beautiful theatre. Best of all, they get to sit in an upper front box instead of the cheap seats.

Some time afterwards, Betsy’s mother gives her a “writing desk,” a trunk that used to belong to Betsy’s maternal uncle Keith, who left home to become an actor and has been estranged from the family ever since. (This subplot, like almost everything in the series, is based on Mrs. Lovelace’s real life, but it feels so sappy and tacked-on!)

While Mrs. Ray is making a nice little writing station for Betsy, and insisting over and over she’ll never snoop and read Betsy’s stories without permission, somehow Betsy gets a bug in her ear and throws down her notebooks. Mrs. Ray sees their “scandalous” titles, like The Tall Dark Stranger, Hardly More Than a Child, and Lady Gwendolyn’s Sin, and tells Betsy she needs to read “great books” if she wants to be a good writer. God forbid anyone write commercial paperback fiction!

Towards that end, Betsy’s parents let her go to the new library every two weeks so she can read “proper” literature like Shakespeare, Milton, Homer, and Dickens. I was so pissed when Betsy threw her stories in the stove to be BURNT! She’s TWELVE! Find me one 12-year-old who’s pretentiously trying to copy “tHe ClAsSiCs” instead of, you know, writing like a normal CHILD!

Shaming a child, even in sweetened language, about the kinds of things she enjoys writing, isn’t a good look. 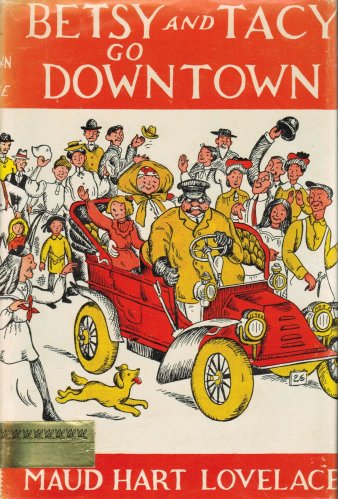 Betsy runs into Mrs. Poppy on her way home from the library, and is invited into the Poppys’ luxurious hotel suite. She’s delighted when Mrs. Poppy treats her to a tea party, promises to try to find Uncle Keith, and invites her and her friends to a Christmas party.

Betsy and her friends have a bunch of winter and Christmas fun over the next month, and Betsy sends a story to a magazine in Philly, hoping for publication and $100. Then everyone’s invited to star in an upcoming production of Rip Van Winkle, and you can probably guess what that’s leading towards.