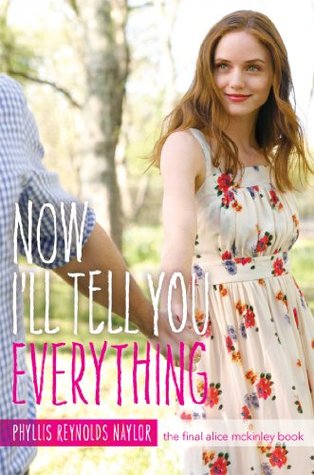 The 28th and final book of a long-running, much-loved series could be an unforgettable, epic tearjerker, or it could bite off far more than it can chew and leave a bitter aftertaste. Unfortunately, the latter is true with this book. Many readers feel the last few books were running out of steam anyway, but the finale takes it to a whole new level.

This book fell far short of the mark in so many ways.

1. Talk about an unrealistic life of upper-middle-class privilege! How many readers can relate to people who regularly vacation abroad, are able to take six years off work to stay home with the kids before coming back to that same job full-time, get their first and only job fresh out of college, spend two years living in Barcelona, or buy their dream house after leaving an apartment?

2. There are no real struggles, which leads to a lack of conflict. The few roadblocks are resolved quickly and never spoken of again (a broken engagement, attempted rape, breast cancer, problems with a rebellious teen, miscarriage).

3. When the time capsule is opened in the final chapter, Alice’s former classmates (now age 60) speak about how their lives haven’t always been easy, with things like divorce, health crises, and losing jobs. That sure as hell didn’t happen to Alice and her BFFs!

4. Is there a word for a reverse floating timeline, where characters age normally as time alternately stands still and passes faster than they’re aging? The first book was published in 1985, and the finale was 2013. A sixth grader of 1985 would not be texting and using Facebook when heading off to college six years later! The time capsule also has a newspaper with headlines about the USSR. Make up your mind about when this series is supposed to be set!

5. The opposite onomastic error of gut-loading your book with current Top 100 names is gut-loading it with dated names. Sure, we’ve probably all known a few young people with names that were most popular in previous generations, but so many of them in the same circle?

6. How many people nowadays marry at all of 23? Yes, I think the pendulum has swung WAY too far in the other direction from the 1950s, but that doesn’t mean you can ignore trends when writing contemporary.

7. The pacing is really off-kilter. Many times, a couple of years fly by within the span of a paragraph or a single sentence later.

8. Does anyone under 80 still seriously refer to women as Mrs. Husband’s Full Name? Nails on a chalkboard every time I saw that archaic convention in print! And again, for a contemporary story, how could there not be at least one woman who keeps her birth surname or hyphenates? Even the lesbian couple shared a surname!

9. A lot of events which took up an entire chapter or long scene in great detail had no relevance to the overall story arc (as it were), like Alice’s son Tyler having trouble with a urine sample, a one-day temp job at a construction site, and several vacations. Meanwhile things like the two years in Barcelona were rushed through in a few pages.

10. Is this intended for teens or adults? Alice’s college years are a natural subject for YA, but how many teens will connect to her worries about raising kids, caring for an aging in-law, and juggling family and work?

11. It’s kind of confusing to have a dad and daughter named Patrick and Patricia. Bad enough when people do that to twins. Why couldn’t Alice name her daughter Marie after her mom, instead of using that as the middle name? Marie is the most overused female middle name in living memory! It’d feel more special if that were her first name.

12. It feels like fanfiction. After the realistic, difficult issues Alice faces for much of the series, now she has a HEA with the guy she’s liked since sixth grade and smooth sailing through the rest of life.

13. Alice’s college years are really underdeveloped. It would’ve been better to focus on them, in a longer than normal book, and either have an Epilogue summing up what happened after she married Patrick, or put her adult life into a second book where each chapter was a short story.

14. Alice spends much of the series thinking about sex, yet when she finally does it, we get no window into her emotions.

15. Poor character development. New people are thrown at us thick and fast during the college years and all blend together, even Dave, the first guy she slept with and almost married. Even long-standing characters start to feel paper-thin.

I didn’t want a nonstop series of tragedies and traumas, but some conflict and realism would’ve been nice. Maybe Alice could’ve married Dave, reconnected with Patrick years later, and realised she still had feelings for him. Perhaps Alice and Patrick could’ve cheated instead of merely contemplating it. Alice could’ve changed her mind about her career path. Elizabeth could’ve kept having miscarriages and Alice volunteered to be an altruistic surrogate. Postpartum depression. Stage 4 cancer.

Anything but this rushed snoozefest devoid of details.

2 thoughts on “How not to write a series finale”