As I’ve mentioned previously, growing up in a certain type of city and dwelling creates a state of mind, a deeply-embedded way of being. Because I’ve mostly lived in detached houses with yards and small walk-up apartments with lots of green space, in small and mid-sized cities, that’s what I seek for myself.

Suburban housing developments bore the life out of me. I’m not anti-suburb, but if I were to live in one of my own volition, it’d have to be an exurb or a city which started out as a suburb (e.g., New Rochelle, NY) but has long since developed into an independent city in its own right. I’d also only accept a unique, older house outside a development.

I’m all about Queen Anne Revival, since it has such a neat, unique look, kind of like a haunted house. I also love Tudor Revival, Storybook houses, and Art Nouveau. They’ve so much more character, personality, charm, and history than modern architecture.

While in fantasy I’d love a grand, sprawling estate with countless acres for gardens, walking paths, and horseback riding, in reality I’m more suited to a smaller house if it’s only me. Should I ever find a husband and have kids, an upgrade to a house with more square footage would be in order.

Just because many families in the past lived in fairly small homes and made it work doesn’t mean that’s ideal or will make everyone happy. Non-rich people lived like that because there was often little choice. They didn’t voluntarily seek out two-room tenements of 350 square feet or tiny bungalows of 700 square feet! 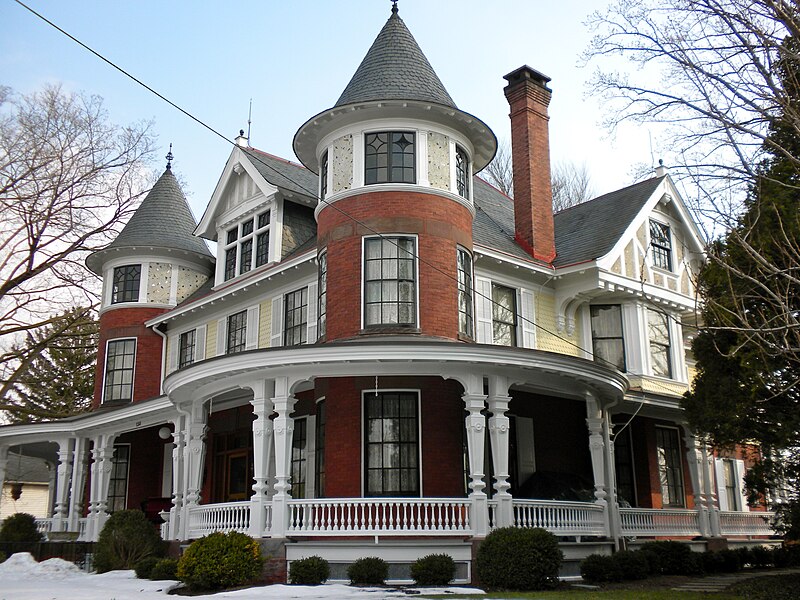 I most strongly want to move back to my native city Pittsburgh. It’s a big city with a smalltown feel, and not a giant metropolis like NYC or LA. I also love how it’s very traditionally proletarian and lower-middle-class. Given my upbringing, I’m most comfortable in that environment. There are also lots of other people with Eastern European ancestry, and of course Pittsburgh has a huge Jewish community.

My second choice is Boston, which I’ve probably visited at least a hundred times since I was a small child. I love how historic and friendly Boston is, with so many great museums, schools, bakeries, restaurants, and types of neighborhoods.

My #3 is NYC. Though I love the idea of living in a beautiful, spacious prewar apartment or gorgeous, historic townhouse, I’m more suited in real life to a detached house in a suburbanesque neighborhood like Queens Village, Victorian Flatbush, Marble Hill, or anywhere on Staten Island.

I want a city that’s highly walkable, where I can go almost anywhere on foot and take public transportation the rest of the time. My car would only be necessary for longer trips out of the area.

Though I prefer bigger cities, I wouldn’t mind moving back to Amherst or living in a nearby city like Northampton or Stockbridge. I had a very happy two years in Amherst, and wish I’d attended UMass for four years. (I transferred from community college after getting an associate’s degree.) The Jewish community is quite small, but it’s very active and close-knit, and there are so many lovely little shops.

There’s also an awesome farmers’ market grocery store, Atkins, which sells handmade gifts in addition to all sorts of foods. Nearby horseback riding is also a great big plus.

Of course I won’t constantly be using those resources, but it’s nice to know they’re there when I want them.

A wide variety of architecture is also a great plus. The world would be quite boring if everything and everyone were exactly the same.

One thought on “My ideal home”