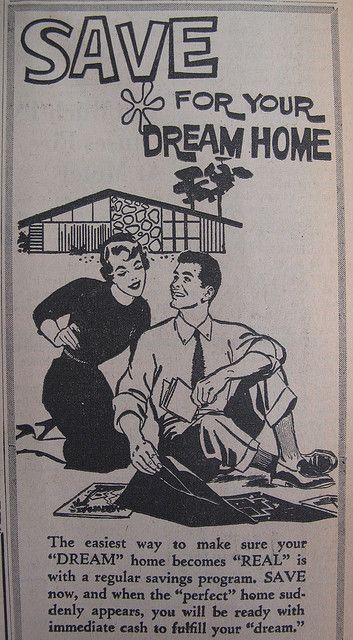 This is a story which begins shortly on the heels of the Stock Market crash. Serious problems never arise out of a vacuum or overnight, and this one was no exception.

Since so many banks failed and people lost their entire savings, they often were unable to stay in their homes. Many people also streamed into big cities looking for work, and they needed someplace to live.

Contrary to popular belief, a not insignificant number of people stayed wealthy, which enabled some hotels and luxury apartments in progress to continue construction, and others to be built entirely after the Stock Market crash. These people merrily carried on as though the party of the Roaring Twenties had never ended, or at most slightly scaled back their extravagant lifestyles to avoid looking insensitive.

However, that wasn’t the norm. Many luxury apartments went from miniature mansions to studios and SROs. Townhouses and rowhouses, by then unfashionable as single-family homes, were also divided, and multiple families crammed into detached houses.

And those were the lucky ones. Many more people had no choice but to live in tents, shacks, and cars, or take up squatting.

Since there were far bigger fish to fry during the Depression and WWII, new construction ground to a near-complete standstill, and existing homes fell into disrepair. By the time servicemen began coming back home and starting families, the situation was at crisis levels.

There was such a dearth of housing, many people were seriously pressured, if not outright forced, into letting their apartments be split up for returning GIs and the war refugees. 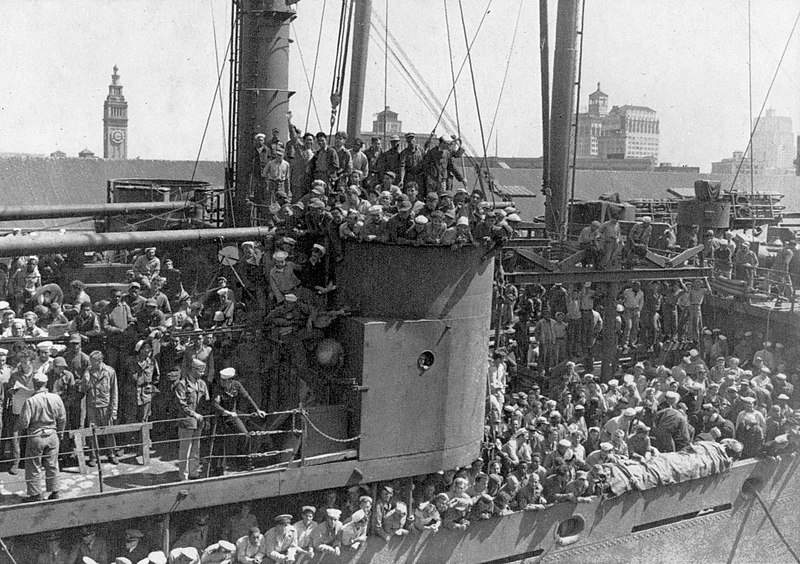 Millions of veterans needed to find homes, particularly since many returned with war brides, were already married, or quickly married and began families. This wasn’t an era of casually dating random people for fun well into one’s thirties or indefinitely going steady for 5+ years, moving in together long before considering marriage, matter-of-factly having a couple of kids along the way, and getting married almost as an afterthought.

People had to be married to live together, have sex, and have kids without scandal, and society encouraged settling down and starting a family sooner rather than later. The average marriage age precipitously dropped in this era, as many couples didn’t even wait to finish high school before tying the knot (not always because of pregnancy).

Many couples were engaged within weeks or months of meeting, and engagements usually only lasted a few months. In the pre-Pill era, and with the Comstock Act making it illegal even for married couples to access information about contraception, children often started arriving 40 weeks after the wedding. 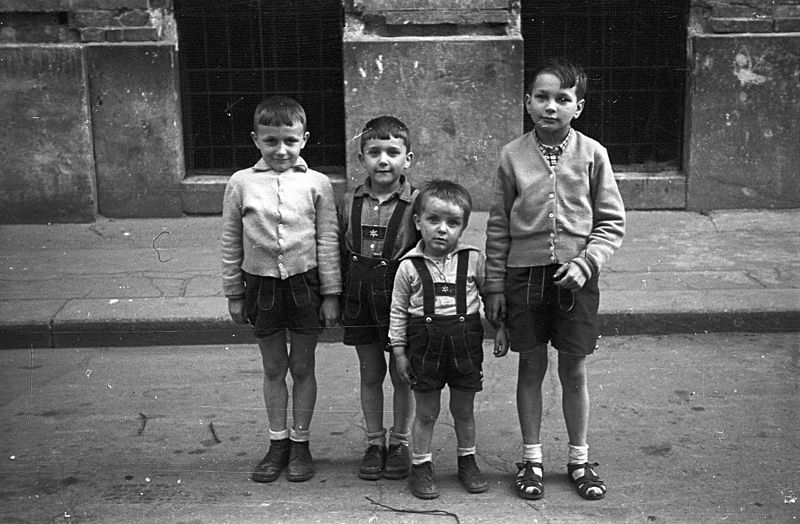 Thus, all these growing families needed a place to stay. Some lived with parents, but that created very crowded, awkward living situations. Even if you’re in a massive estate with separate wings, it’s no fun being stuck in your parents’ house when you’re a grown adult, esp. when you have a family of your own.

GIs also had first priority on housing, which meant people moving to cities like New York, Boston, San Francisco, and Washington, D.C. with romantic, idealistic daydreams had to wait their turn for a real home. Even GIs often had to accept rented rooms, SROs, or mere huts, shacks, or tents. 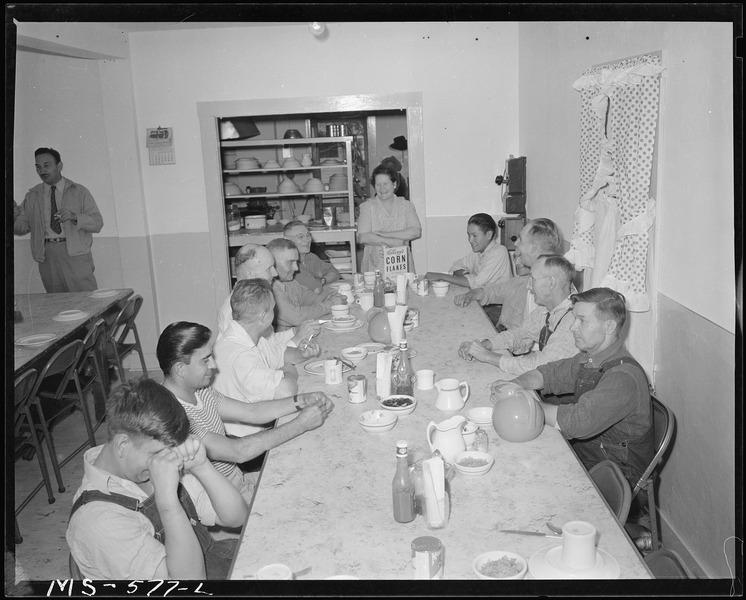 GIs who were lucky enough to come back to their own homes often weren’t very happy there. After spending the last few years living in foxholes, huts, tents, and appropriated houses shared with dozens of other guys, they were desperate for room to stretch out. When a spouse and kids are added to the mix, the need for more space multiplies.

Many of the homes which were available for purchase and within their means were in a state of disrepair (broken windows, rats, no heating, bad lighting, busted water pipes, backyards overgrown with weeds), and thus required a great deal of time and money to be made livable again. 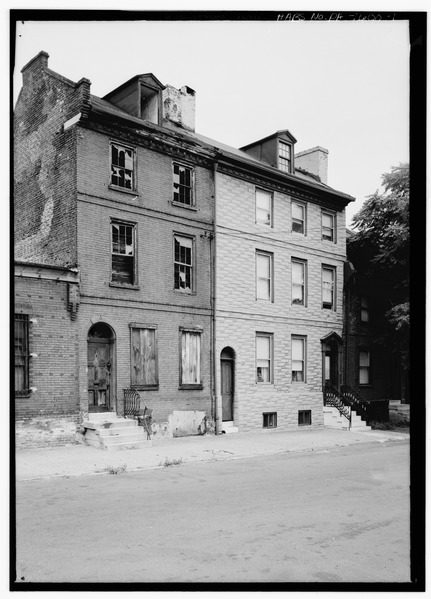 Additionally, the Green Revolution put many small farmers out of business when they were unable to afford modern machinery and more land. When enough people leave a rural town, job opportunities dry up, and an exodus to larger cities results.

GIs or not, many people from such towns simply craved a better job market, and weren’t content to resume living in a quiet small town after the experience of seeing the world and meeting such a wide range of people.

The Second Great Migration sent over five million African-Americans to the Northeast, Midwest, and West in search of better jobs, in places without Jim Crow. They needed housing too.

About a million immigrants, half of them war refugees, also entered the U.S. in the early postwar years, and they likewise needed housing.

And then a seemingly perfect solution appeared. 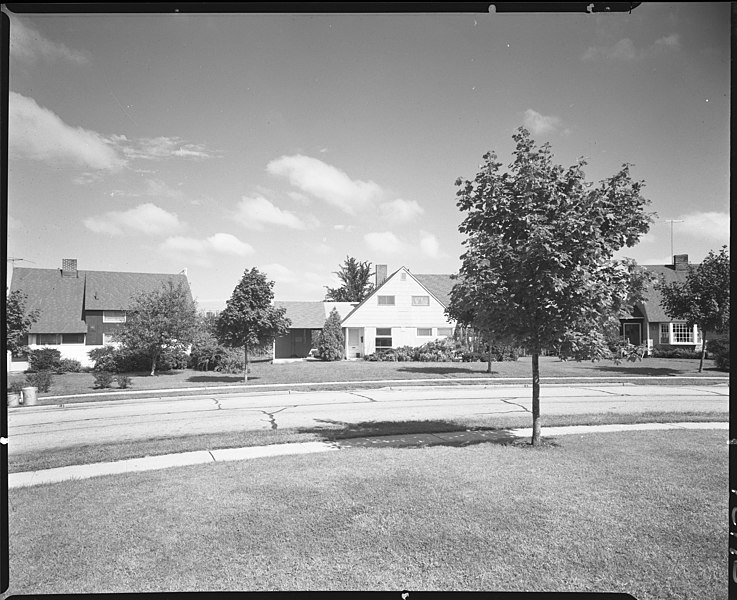 One thought on “Writing about the post-WWII housing crisis in the U.S.”