Yonah Schimmel’s Knish Bakery is a culinary staple of the Lower East Side. Like many other proletarian businesspeople of the era, Romanian immigrant Rabbi Yonah Schimmel used a pushcart to hawk his wares (made by his wife) when he started in 1890. He originally worked on Coney Island.

Locals loved his offerings, so much so Rabbi Schimmel and his cousin Joseph Berger were soon able to rent a little store on Houston St. (It’s pronounced HOUSE-ton, not like the Texas city.) Rabbi Schimmel left to teach Hebrew two years later, but Mr. Berger kept the bakery’s name the same. 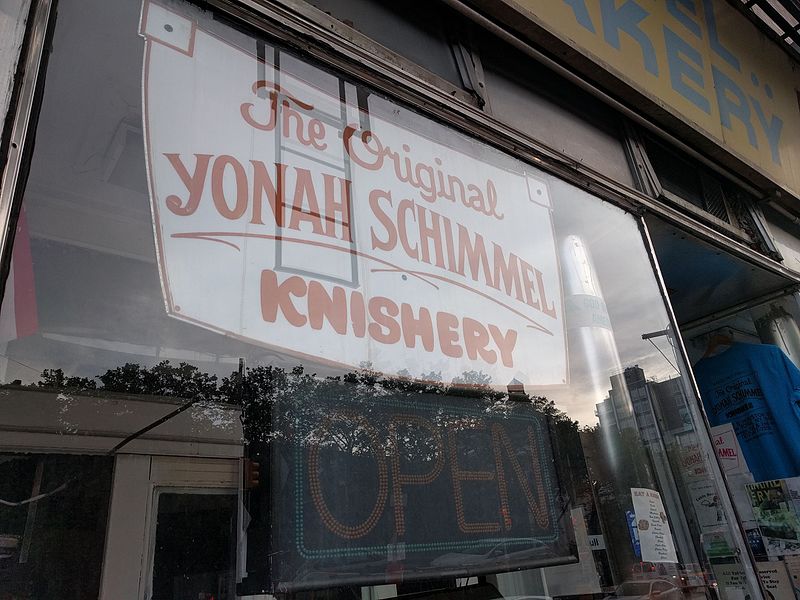 In 1910, the bakery moved to the south side of Houston, between First and Second Avenues. By this time, Mr. Berger’s wife Rose (also Rabbi Schimmel’s daughter; no comment!) co-ran the business. Back then, the bakery was on the ground level of a five-story tenement.

There were soon so many knisheries on the Lower East Side, a price war erupted in 1916. This was such a serious matter, state investigator William Groat held hearings regarding a knish cartel in 1928. One of the traditional knish fillings is kasha, buckwheat groats, so his surname was quite appropriate!

According to Milton Glaser and Jerome Snyder’s 1968 “Underground Eats” column in New York Magazine, “No New York politician in the last fifty years has been elected to public office without having at least one photograph taken showing him on the Lower East Side with a knish in his face.” To this day, that declaration is taped above a counter.

Just to give a few examples, Theodore Roosevelt came for kasha knishes when he was the city’s police commissioner, and Eleanor Roosevelt made many campaign stops at Schimmel’s on her husband’s behalf. 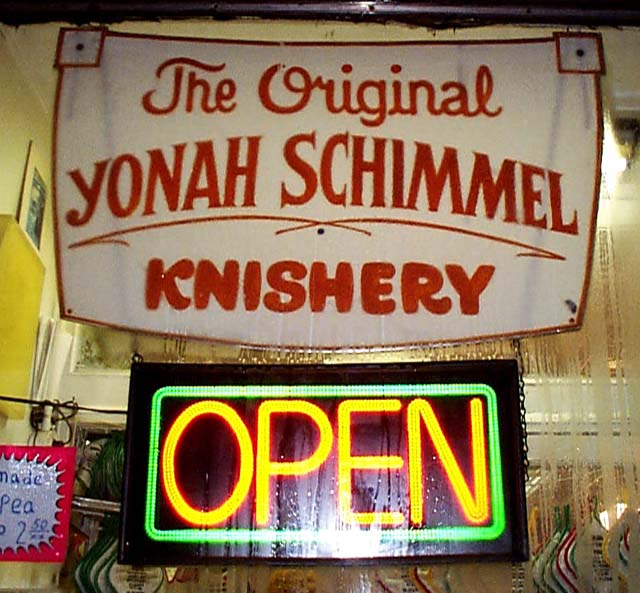 In addition to offering delicious knishes, Schimmel’s has also been the subject of several artworks. Jewish–Irish artist Harry Kernoff painted it in 1939, and the Museum of the City of New York has a 1976 oil painting by Hedy Pagremanski on permanent display.

Over the last 110 years, the menu has largely remained the same, and the recipe is unchanged, though prices have naturally risen. Knishes aren’t the only thing on the menu either. Schimmel’s also offers matzah ball soup, kugel, latkes, bagels, borshcht, and egg creams. 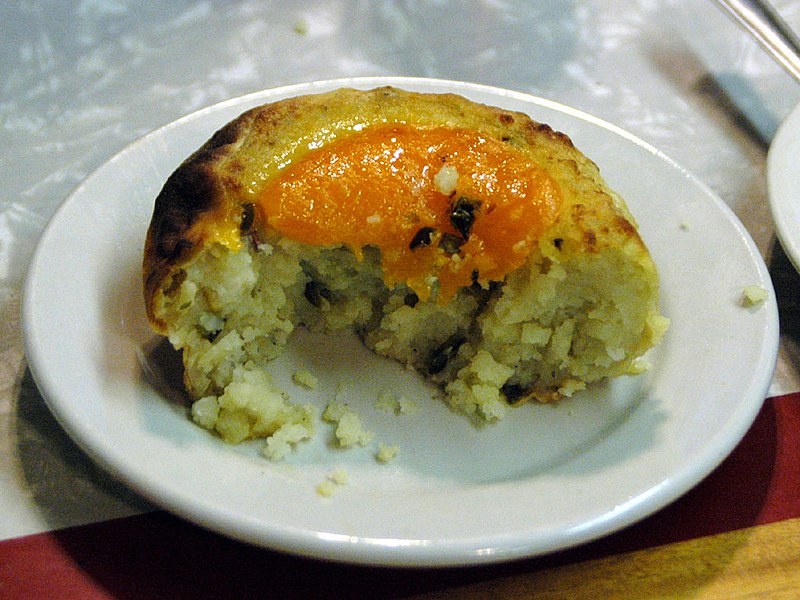 Schimmel’s is still a family business, now run by Alex Wolfson and his daughter Ellen Anistratov. On his second day in America in 1979, Mr. Wolfson (Rabbi Schimmel’s great-nephew) began working as a busboy.

My characters Igor Konev and Violetta Likachëva go to Schimmel’s on some of their dates. It’s casual without being a hole in the wall, and conveniently located. Violetta lives in Greenwich Village, and Igor lives in the northern part of the Lower East Side (the area which later seceded and rebranded itself the so-called East Village).