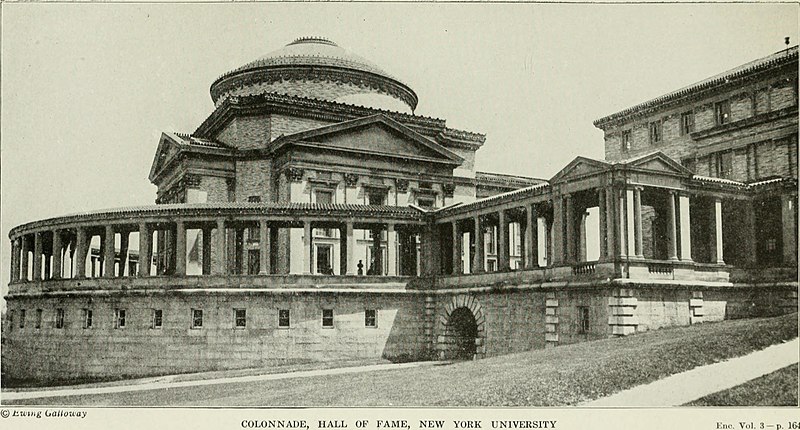 For many years, The Bronx’s University Heights was home to NYU’s main campus. So many people have this false perception of The Bronx as one of the most dangerous places in the city, when it was a quite desirable, lovely place till the postwar exodus to suburbia commingled with things like blockbusting and redlining to create severe urban decay and the sharp downward decline of many once-wonderful cities. 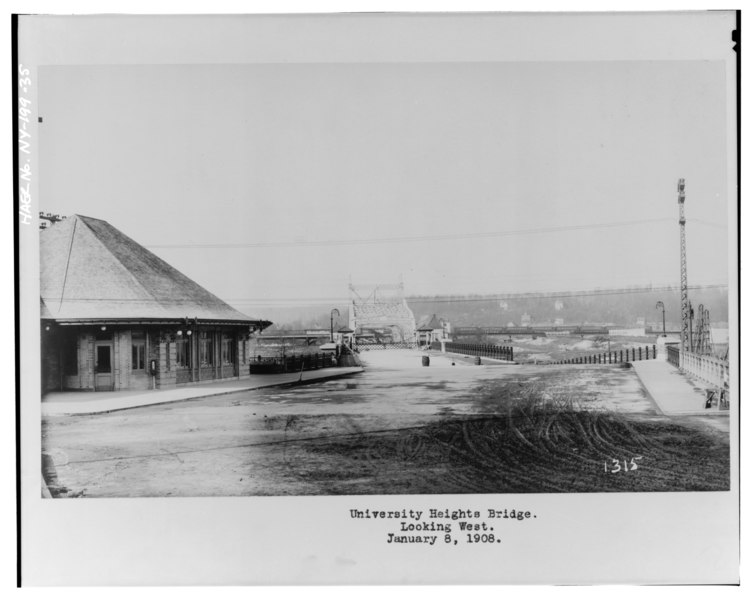 With the coming of the subway in 1917, University Heights swiftly transmogrified into a place for the idle rich to build summer mansions and suburban estates. For modern people with memories and scare stories about how awful the Bronx was at its nadir, it may be hard to picture the borough as a leafy, bucolic getaway from the congestion of Manhattan, with ample room for traditional houses.

The next chapter in the neighborhood’s history, starting not long afterwards, was that of a preponderance of low-rise apartments for the bourgeoisie. Many proletarians making decent money also moved into these apartments, as well as former townhouses split into duplexes.

In 1894, NYU built its new main campus on a hill in University Heights. Their original campus on Washington Square in Greenwich Village was too overcrowded, and the Bronx had lots of land. The university also desired to follow the rest of the city by expanding upwards.

Because the new campus was so much more spacious, the entire undergrad College of Arts and Science and School of Engineering moved there, along with most of NYU’s other operations. However, the grad school remained on Washington Square. Their original campus was also home to a women’s undergrad auxiliary school in the years before NYU was properly co-ed. 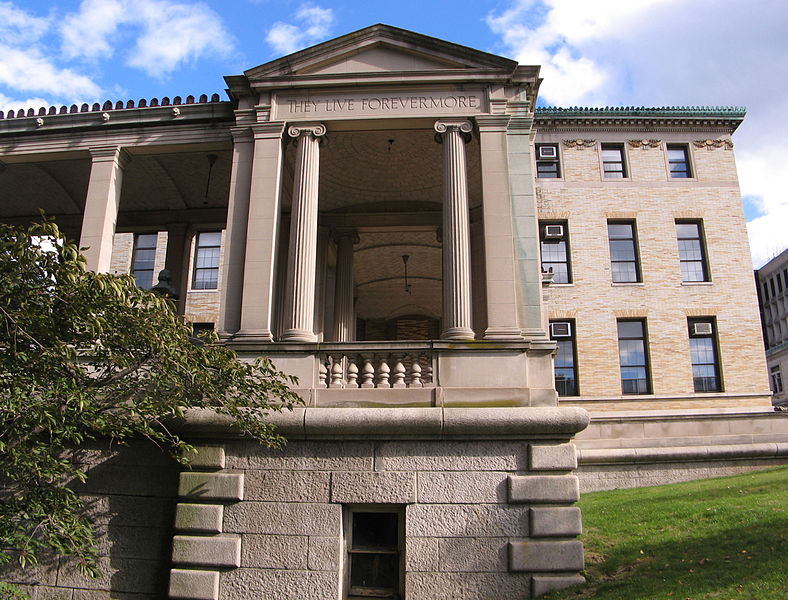 In 1900, an outdoor sculpture gallery, the Hall of Fame of Great Americans, was completed, situated on land occupied by the British Army in 1776 during their attack on Fort Washington. Its architect was the infamous Stanford White, and philanthropist Helen Gould (who attended NYU’s law school) donated the Beaux Arts structure.

Inspired by München’s Ruhmeshalle (built 1843–53), NYU’s gallery was the very first hall of fame in the U.S. In those days, “fame” meant “renown,” not “celebrity.” The colonnade has room for 102 bronze busts. Nominees must be U.S. citizens, dead for at least 25 years (originally ten), and have made significant contributions in political, economic, or cultural life. 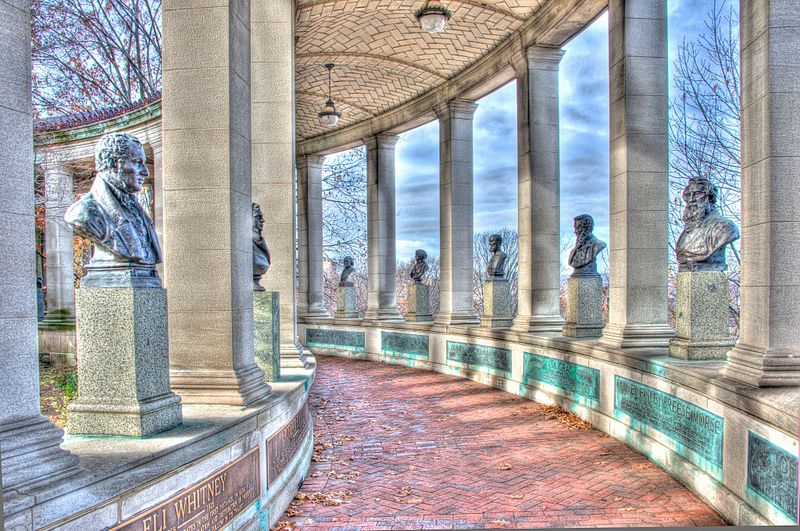 Sadly, the Hall of Fame fell into disrepair after NYU relocated its main campus back to Greenwich Village, and the state spent $3 million in the late 1970s restoring its crumbling foundation. In more recent years, the 98 busts were restored for $200,000.

These days, there are almost no private gifts supporting the Hall of Fame. FDR’s bust was unable to be commissioned for nineteen years, the length of time it took to raise the requisite $25,000. In 2001, Bronx Community College, on whose property it now sits, launched a million-dollar fundraising effort.

Though the tragic urban decay in the Bronx hadn’t reached University Heights, according to a city government study, many locals and families of potential NYU students were terrified by the sharp, rapid decline of the nearby Grand Concourse and the borough’s overall state. Between 1969–71 alone, the main campus lost over 40% of its students.

In 1973, NYU sold their University Heights campus to CUNY. Though many alumni wanted the campus to stay in their alma mater’s hands, it wasn’t financially feasible to maintain two campuses. The city was also on the verge of near-bankruptcy.

Local park University Woods also fell into degradation after NYU left. It was once named the city’s worst park.

A number of my characters attend NYU during the years it was in University Heights.