Tottenville is on Staten Island’s South Shore, and the southernmost settlement in both the city and state. It started life as Bentley Manor, so christened by early settler Captain Christopher Billop (1638–1726) in honor of one of his ships. According to urban myth, he secured Staten Island for New York by fulfilling the terms mandated by King James II of England.

James, then Duke of York, declared any islands in New York Harbor which could be circumnavigated in 24 hours would belong to New York. If the voyage lasted longer, the islands would belong to New Jersey. Captain Billop put a lot of empty barrels on deck to attract more wind, and made the journey in 23 hours.

Evidence is almost nonexistent, leading most historians to declare it apocryphal. It probably was created by Staten Island chronicler Gabriel Disosway in the mid-19th century.

In 1869, the neighborhood was renamed Tottenville after local bigwigs the Tottens. Prior to contact with white settlers, the Raritan tribe lived there. The entirety of Staten Island was populated by the Lenape, of whom the Raritan are a branch.

During the Colonial era and much of the 19th century, Staten Island was a major stopping-point between NYC and Philadelphia, since it had a ferry crossing Arthur Kill to Perth Amboy, NJ’s Ferry Slip. This ferry slipped in popularity when the Outerbridge Crossing Bridge opened in 1928, but remained in use till 1963. 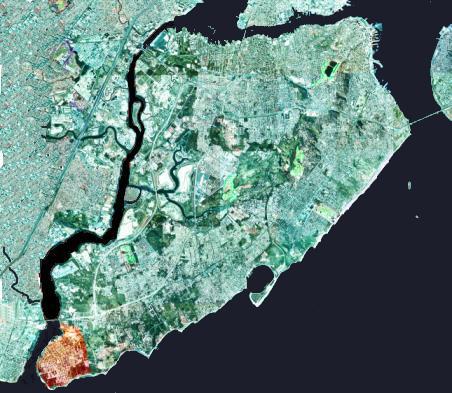 Historic buildings include:
The above-pictured Conference House (so renamed because it was the site of unsuccessful negotiations to end the American Revolution in 1776), built 1678
The Bethel United Methodist Church, built 1840, destroyed by fire, and rebuilt 1886
The Tottenville School (now P.S. 1), with a traditional sloped roof, built 1878
An abandoned factory used by Nassau Smelting, built 1900
The railway station, built 1860
The Tottenville branch of the NYPL, opened 1904
Our Lady of Help Christians School, a Catholic school dating to 1904 and now closed 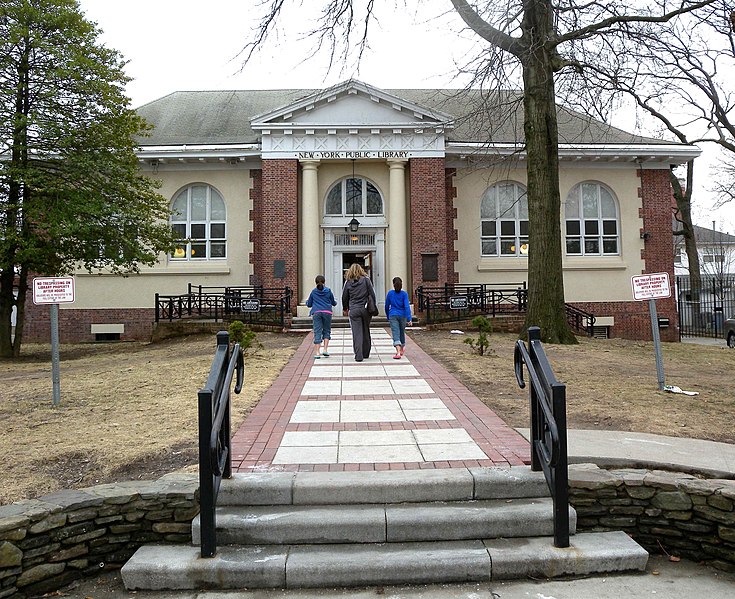 Many of Tottenville’s houses are Victorian, marking it as much older than other South Shore neighborhoods. To date, seven buildings have received the Preservation League of Staten Island Award, including the library. Many people like to make fun of Staten Island as not being a real part of NYC, but where else can you find such a plethora of large, beautiful houses in such a bucolic area?

Even long after Staten Island ceased to be so rural, there are still by far the most and largest green spaces there of any other borough, as well as the most traditional houses. There are apartments too, but nothing like the high-rises of the other boroughs. Staten Island’s tallest building is only twenty stories.

In prior eras, oyster-harvesting, shipbuilding, and small factories played a major role in Tottenville’s economy. Though Staten Island remains the sleepiest of the boroughs, more like a small town or suburb than part of a metropolis, it now is home to many modern companies and job opportunities.

Sadly, greedy developers have begun buying some of the large, historic Victorian properties with intent to raze them and erect ugly new townhouses in their stead. Hopefully more of these homes will be designated landmarks to avoid the cruel fate of destruction.

Tottenville also has a lovely beach, which was largely undeveloped till the 1990s.

Part of my Zyuganov family moves to Tottenville in September 1945 and lives in large Victorian houses next door to one another, with ample land for a small farm. After living in a crowded family apartment above a restaurant in Manhattan for years, they’re eager to be in a place with wide-open spaces and traditional houses again.

The only downside is how long it takes to travel back into the other boroughs to visit family and friends, and how little there is to do in comparison to the excitement of Manhattan.