Parsons School of Design was founded as The Chase School by Impressionist painter William Merritt Chase in 1896. He was part of a group of artists from the Art Students League of New York who longed for a more individual and dramatic form of art, something different from the traditional, formal art in vogue.

Two years later, their new institution changed its name to The New York School of Art. 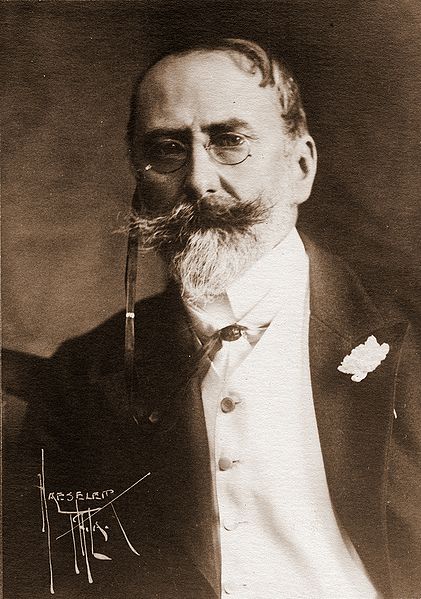 Prof. Frank Alvah Parsons came on board in 1904 and concurrently studied with artist Arthur Wesley Dow at Columbia. In 1905, he received an art degree from Columbia Teachers College. Within a few years, he became president of the New York School of Art.

Under his tenure, the curriculum took on an innovative direction. Though art schools were nothing new, none had departments for interior, graphic, or fashion design (then called costume design), or advertising. To reflect this new mission, the school was renamed The New York School of Fine and Applied Art in 1909.

Mr. Parsons became sole director in 1911, and continued going from strength to strength. In 1921, he and William Odom established a Parisian branch of the school (pictured above), making Parsons the very first U.S. art and design school with a foreign campus. Outposts in Italy and England were also established.

In 1927, France awarded him the Légion d’Honneur, their highest merit, for his work in advancing Franco–American relations. Expectedly, the Paris Atelier at 9 Place de Vosges was forced to close due to WWII and didn’t reopen till 1948. Only summer courses were offered for many years, but Parsons Paris finally came back into full-time business in 1980.

The school was renamed again in 1936, in honor of Mr. Parsons. However, this name change wasn’t official till 1942.

The curriculum took on a new direction in response to the upheavals of the 1960s; e.g., the interior design program’s focus went from bourgeois and wealthy homes to prisons, housing projects, and hospitals.

In 1970, Parsons merged with The New School for Social Research, now simply known as The New School. Founded in 1919, that school served as a haven to many refugees from Nazi Germany, the Soviet Union, and other totalitarian countries. It also took in professors fired by Columbia for refusing to swear a jingoistic loyalty oath.

The University Center for The New School, Copyright Ajay Suresh

Since 2014, the University Center is at 63 Fifth Avenue, and the Midtown Fashion Center is downtown.

My characters Irina Koneva (later Tsvetkova), Panya Ugolnikov, Klarisa Tsvetkova, and Nova Yezhova-Blinova study fashion at Parsons during the 1950s and go into business together.

2 thoughts on “Parsons School of Design”