Luna Park was created by Frederic Thompson and Elmer “Skip” Dundy, who designed the popular A Trip to the Moon dark ride at the 1901 Pan–American Exposition in Buffalo, NY. Tickets were fifty cents ($15 today), twice the price of other rides, but over 400,000 people eagerly ponied up. 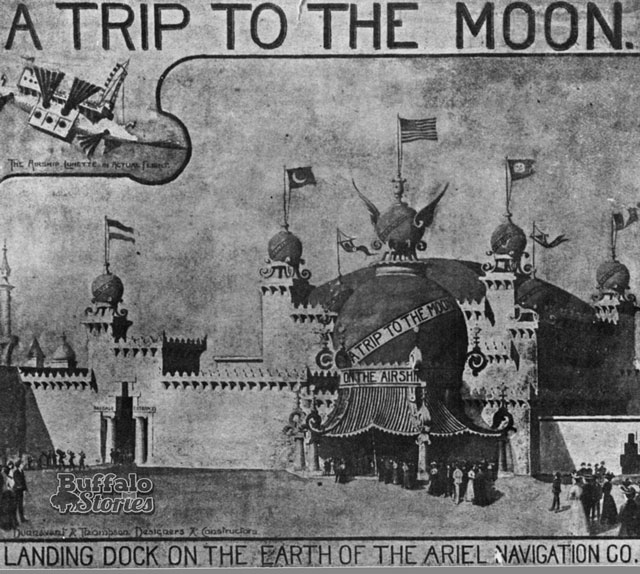 After the expo closed, they moved their ride to Steeplechase Park. When the 1902 season ended, they rejected owner George Tilyou’s contract renewal offer, which cut their profits by 20%. Instead, they signed a long-term lease for Paul Boynton’s Sea Lion Park.

Mr. Boynton left the amusement park business due to a bad summer season and too much competition from Steeplechase. This provided the perfect opportunity for Messrs. Thompson and Dundy to create their own park on the 22 acres, which included abandoned adjacent land where once the Elephantine Colossus Hotel had stood.

They spent $700,000 (publicly claimed as a million dollars) rebuilding the park from the ground up and adding more rides. Luna Park had an Oriental style, with over 1,000 painted spires, domes, and minarets. By night, they were lit up with over 250,000 electric lights, as seen in many photographs.

At the centre of the park was a 200-foot (61-meter) tall Electric Tower boasting 20,000 incandescent lamps, a miniature version of the Electric Tower from the Pan–American Expo. Cascading fountains were at the base. Later, two circus rings were suspended above the central lagoon, to prevent patrons from being bored between rides. 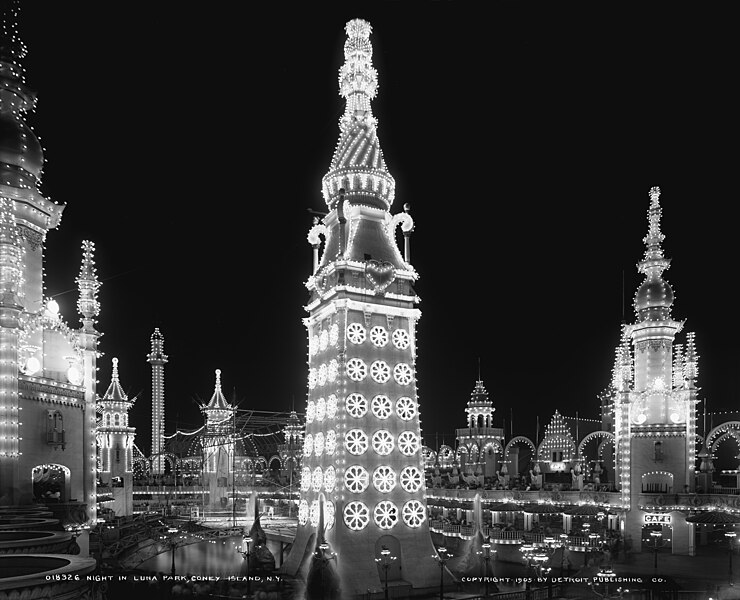 Luna Park opened the gates and turned on the lights at 8:05 PM, 16 May 1903, Saturday, at sunset. Sixty thousand eager patrons paid ten cents for admission, with rides costing up to a quarter. It was a sustained success, even in the face of intense competition from Dreamland.

Dreamland, which opened in 1903, had four times as many lights, an even more colossal tower, decadent rides like Feast of Belshazzar and the Destruction of Babylon, and a Lilliputia village populated by real dwarves. (As I mentioned in my review of Freaks, circus sideshows were just about the only place such people could find work and protection in this era.)

During the Aughts, the three Coney Island amusement parks heavily competed with one another and many independent parks. I would’ve loved to have lived in this era to experience all these wonderful rides! 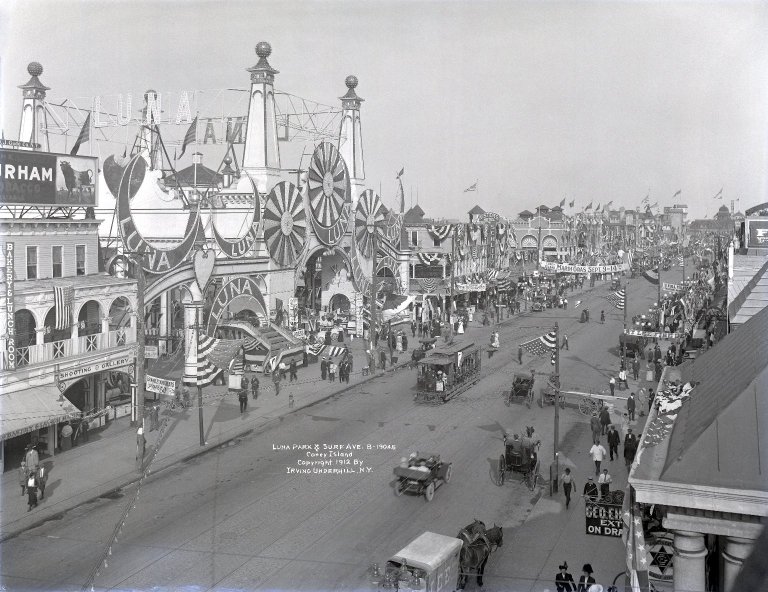 Mr. Dundy passed away in 1907, and Mr. Thompson went bankrupt in 1912. Luna Park went to creditors, though he remained as manager. Rides came and went over the years, but Luna Park remained a mainstay of a visit to Coney Island for the next two generations.

Starting in 1933, the park went into bankruptcy several times and had a succession of owners, none of whom were able to scare up much of a profit. When the World’s Fair of 1939–40, hosted in nearby Queens, closed, most of the exhibits, rides, and shows were relocated to Luna Park.

Luna Park stayed open during WWII to boost morale, but had to keep its lights dimmed for security.

Tragedy struck on 13 August 1944 when a fire destroyed much of the park and caused $800,000 worth of damage. Due to legal disputes over insurance money, Luna Park never reopened. In August 1946, it was sold to a company who wanted to tear it down and build Quonset huts for veterans in its place.

That October, another fire broke out and destroyed what was left of the park. 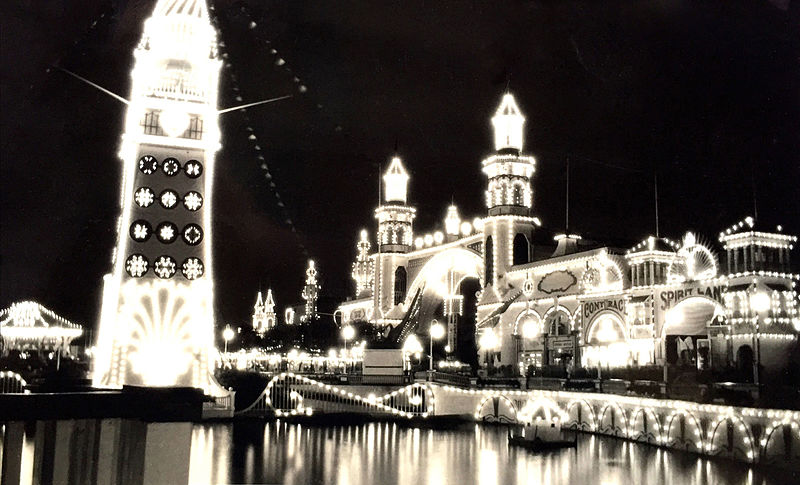 Luna Park features in many of the summer chapters of the early volumes of The Ballad of Lyuba and Ivan, as the Konevs and their closest friends holiday by Coney Island for two weeks every summer. The church camp the next generation works for also goes to Coney Island as the summer’s penultimate daytrip every year.

Luna Park also appears in my third Atlantic City book, when many of the characters visit NYC to see the World’s Fair in 1940.