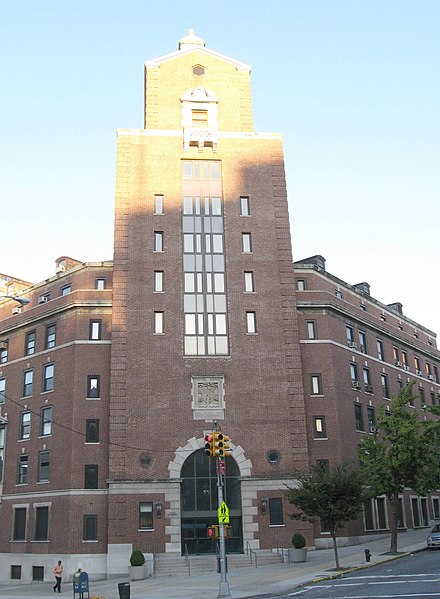 The Jewish Theological Seminary of America, the flagship North American higher educational institute of the Conservative Movement, started its life in 1886 as an Orthodox school. Italian-born Rabbi Sabato Morais of Philadelphia was chosen as president on account of his bridge-building and moderation between the then-two major factions of Judaism.

At that point in history, Reform Judaism was nothing like it is today, with its increasing reclamation of traditional practices. They radically rejected almost everything in pursuit of “changing with the times,” blending into Gentile society, and seemingly being oppositional for the mere sake of being oppositional.

Rabbi Morais was once among Reform ranks, but took a hard, fast step backwards after the infamous 1885 Pittsburgh Platform which called for a rejection of traditional beliefs and practices. The equally-infamous 1883 Trefa Banquet in Cincinnati didn’t help matters either.

Judaism hasn’t survived and thrived so long because of warm, fuzzy feelings and nostalgia for matzah ball soup. It survived because people followed the Torah in all aspects of their lives. Evolving with the times shouldn’t come at the cost of becoming a secular lox and bageler who only goes to shul thrice a year.

After Rabbi Morais’s 1897 passing, the JTS fell into financial difficulties. Help arrived in October 1901, when the school was invited to join a new organisation called the Jewish Theological Seminary of America. The incorporation took place 14 April 1902, and they received a $500,000 fund and a better building in the Bronx’s University Heights.

The Orthodox Union maintained ties with JTS for many decades, and many of their rabbis taught there. During this era, there were few meaningful differences between Orthodox and Conservative Judaism.

In the early 20th century, JTS boasted many venerable professors in fields like Talmud, history, rabbinic literature, the Bible, and Hebrew. Though the rabbinic school had excellent academic standards, there wasn’t much time devoted to practical rabbinical training.

In 1909, a teaching school was added. Most students were women, since teaching was one of the few so-called “respectable” professions open to women in the era, and because the Teachers Institute was one of the only schools offering women an advanced education in Jewish studies.

Both bachelor’s and master’s degrees were offered, in schools which respectively became the Albert A. List College of Jewish Studies and the William Davidson Graduate School of Jewish Education.

In 1930, under the presidency of Cyrus Adler, a new building was commissioned at 122nd St. and Broadway, in neo-Colonial style and with a corner tower. The next year, the Seminary College of Jewish Studies was created for students who wanted college-level courses but not teaching careers.

Louis Finkelstein became chancellor in 1940 and made significant strides towards bringing modern Judaism to the U.S. public, including:

The Eternal Light, which began on NBC radio in 1944 and later moved to TV, running till 1989. It won many awards and had many famous guests, both Jewish and Gentile.

Camp Ramah, which began in Conover, Wisconsin in 1947. It now has ten sleepaway camps and five daycamps.

A satellite campus in Yerushalayim.

The Universal Brotherhood program, later expanded into the Institute for Religious Studies and the Herbert H. Lehman Institute of Ethics.

The Institute for Religious and Social Studies, which fostered interfaith dialogues. In 1986, it was renamed in Finkelstein’s honor.

The Institute for Advanced Studies in the Humanities, now the Graduate School of JTS.

Appointing many top-notch professors, the most famous being Rabbi Abraham Joshua Heschel.

Sadly, Finkelstein’s tenure also included a fire on 16 April 1966, which destroyed 70,000 books and damaged many others. Thankfully, the rare books and manuscripts weren’t stored in the library, and thus were spared. The 35,000 books which were saved are now being catalogued and restored.

JTS began ordaining women as rabbis and cantors in 1983, under the chancellorship of Gerson D. Cohen. Under the leadership of Ismar Schorsch (1986–2006), the William Davidson Graduate School of Jewish Education was created, and many new advanced programs were added in the master’s programs.

Over its 134 years, JTS has produced countless rabbis, cantors, teachers, and scholars. Starting in the 1980s, some of my Atlantic City characters attend its rabbinical and cantorial schools.