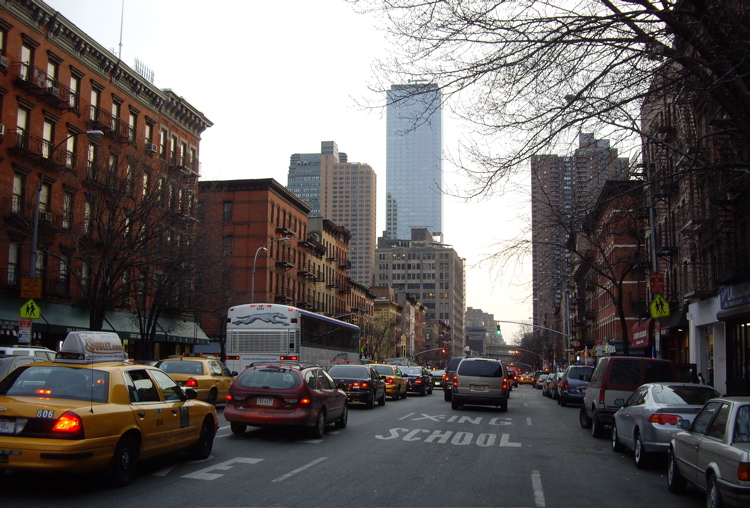 Hell’s Kitchen is west of Midtown Manhattan, bordered by 34th St. on the south, 59th St. on the north, the Hudson River on the west, and Eighth Avenue on the east. It overlaps with Times Square, the Theatre District, and the Garment District, and borders the UWS, Columbus Circle, Hudson Yards, and Chelsea.

The neighborhood’s name is said to derive from a particularly nasty tenement, though accounts differ as to which one exactly. Another theory cites an 1835 Davy Crockett quote, “In my part of the country, when you meet an Irishman, you find a first-rate gentleman; but these are worse than savages; they are too mean to swab hell’s kitchen.”

Pretentious gentrifiers have called it Clinton since 1959, after nearby DeWitt Clinton Park. Some real estate agents also use this moniker, along with Midtown West and the Mid-West. 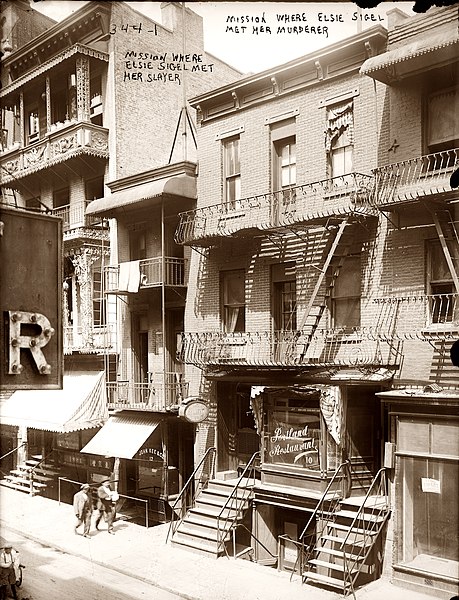 Before the modern gritty name took hold, Hell’s Kitchen was a hamlet known as Great Kill (from the Dutch kille, riverbed), formed from three small, converging streams. Many people had large farms, and carriage-making was a major industry.

The coming of the railroad in 1849 industrialized this sleepy rural hamlet, and many Irish and German immigrants moved there to work in tanneries, railways, and docks. Most of them lived in shantytowns in the southern section.

Immigration from all over Europe significantly picked up after the Civil War, and a big percentage of them stayed in NYC because they had no money or connections to start new lives elsewhere. Hell’s Kitchen became stuffed with overcrowded tenements, and as so often happens, poverty begat crime and gangs. 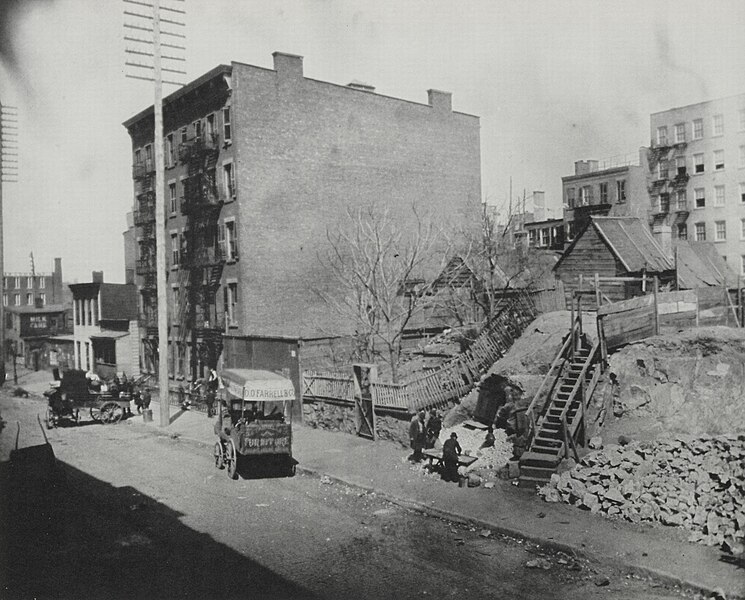 Gang activity intensified with Prohibition, and the many warehouses became bootlegging distilleries. Some of the gangs controlling the neighborhood morphed into organized criminal enterprises. Hell’s Kitchen became known as the “most dangerous area on the American Continent.”

After Prohibition’s repeal, gangsters moved into other illegal activities, like union shakedowns, pimping, the black market, and gambling dens. Juxtaposingly, this era coincided with a flourishing waterfront, where jobs were plentiful.

With the advent of containerized shipping In the late 1950s, the piers declined, and many dockworkers and longshoremen found themselves as obsolete as buggy drivers and chimney sweeps. The evil Robert Moses also hastened the neighborhood’s sharp decline by destroying large areas to build roads and tunnels.

The old gangs might’ve been violent, but neighborhoods under gang rule were relatively safe. Crimes had to be accounted for; e.g., putting a hit on rivals vs. murdering innocents for the sheer sadistic delight. Businesses also were left alone if they paid their dues and didn’t bother the gangsters.

All that changed when people began hightailing it to suburbia, coupled with interlinked factors like redlining and blockbusting. Once the most privileged demographic was gone, the proletariat fell into poverty, and the already-poor became even poorer.

The powers that be didn’t want to invest time, money, and resources on them. Robert Moses also continued displacing entire neighborhoods and districts to build unwanted roads and housing projects.

This happened in cities all over the U.S. in the postwar era. All these things came together to create a perfect storm for once-great cities to sharply sink into poverty, gang violence, crime, and drugs. Until the 1980s, Hell’s Kitchen was the home base of the Westies, allied with the Gambino crime family.

Gentrification began haltingly, and with much opposition, in the 1970s, though Hell’s Kitchen continued to be racked by poverty, crime, and urban decay. Eventually, the gentrifiers were successful, and rent prices are now as exorbitant as in most of the rest of Manhattan.

At least zoning regulations prevent much new construction, so the neighborhood is still occupied primarily by old walk-up apartments instead of ugly high-rise luxury condos which unsurprisingly have a hard time being filled to capacity. 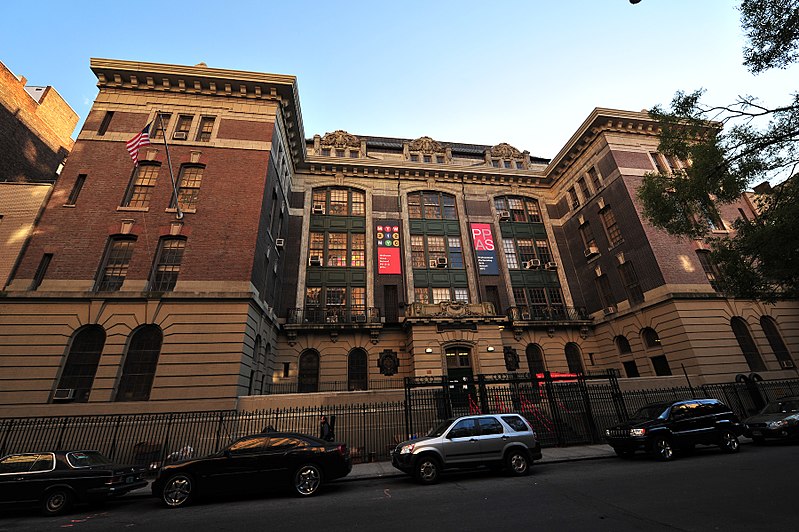 Hell’s Kitchen is one of the main settings of my contemporary historical Bildungsroman Little Ragdoll. After protagonist Adicia Troy’s mother gets out of jail for embezzling in December 1962, she ruins what would’ve been Adicia’s first real Christmas by forcing her and her sisters Emeline and Justine to leave their big brother Allen in the West Village and move to the family’s new tenement in Hell’s Kitchen.

Adicia spends the next seven years there, until her mother moves them back to the Lower East Side. During this time, she has a rendezvous with destiny, the real-life event that inspired me to write this story. Adicia became the little girl who washed Bob Gaudio’s windshield at a long red light, got a $10 tip, and inspired The Four Seasons’ 1964 #1 song “Rag Doll.”