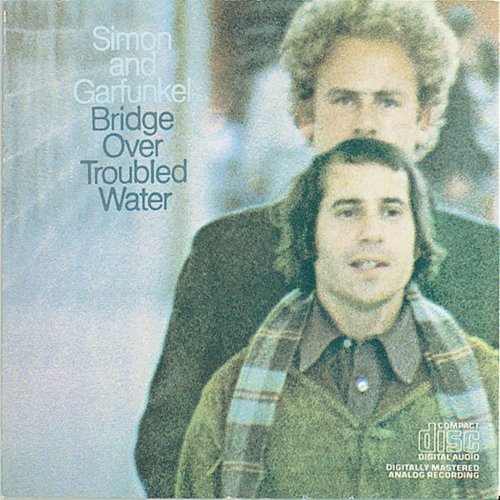 Image used solely to illustrate subject for purposes of an album review, and consistent with fair use doctrine

Released 26 January 1970, BOTW was Simon and Garfunkel’s fifth and final studio album, and was almost the next-last album I listened to in this lifetime. I played it the night before my August 2003 car accident, and when I was finally able to sit in a chair by my record player again, that was the first LP I put on the turntable.

Ever since then, hearing any of the songs can set something off in my psyche and give me a feeling akin to body memories, with my throat getting tighter. It’s not a PTSD trigger, but it brings back memories of those almost being among the final songs I ever heard.

S&G’s last album, Bookends, was released in April 1968, and recording for BOTW commenced in November. However, a long delay arose in January 1969—the filming of Catch-22, in which Art plays Nately. (This is a dreadful, dreadful movie, taking way too many liberties with the classic novel!)

When the duo got back to business in the studio, they had to decline a number of invitations, including Woodstock. Crafting their new album was top priority. In the end, they selected eleven songs. Several other songs, among them “Feuilles-O,” “Groundhog,” and “Cuba Si, Nixon No,” were left in the vault.

Track listing, with stars by the bonus tracks:

“Keep the Customer Satisfied” (later covered by Gary Puckett as a solo artist)
“So Long, Frank Lloyd Wright” (not a fan of the overly long fadeout!)

The album reached #1 in the U.S., the U.K., Canada, Australia, France, The Netherlands, Germany, Japan, Sweden, Spain, and Norway. In Italy, it was #4.

While I truly enjoy this album, I don’t rank it in the same territory as PSR&T and Bookends. It’s a little too hit and miss. A truly classic album shouldn’t have so much filler!

Besides the four singles, my favorite tracks are “The Only Living Boy in New York” and “Song for the Asking.”

I originally rated it 4.5 on my old Angelfire site, but now I’d honestly give it 4 stars.