Welcome back to Weekend Writing Warriors and Snippet Sunday, weekly Sunday hops where writers share 8–10 sentences from a book or WIP. In honor of John Lennon’s 39th Jahrzeit (death anniversary), I’m taking a detour from my holiday-themed snippets.

This excerpt comes from Chapter 25, “Ernestine and Girl Are Beatlemaniacs,” of Little Ragdoll. It’s set over 9 February 1964, the day The Beatles first played Ed Sullivan. This is the first time young Ernestine Troy or her friends the Ryans (whose disinterested parents called them simply Girl, Boy, Baby, and Infant) have ever watched television. 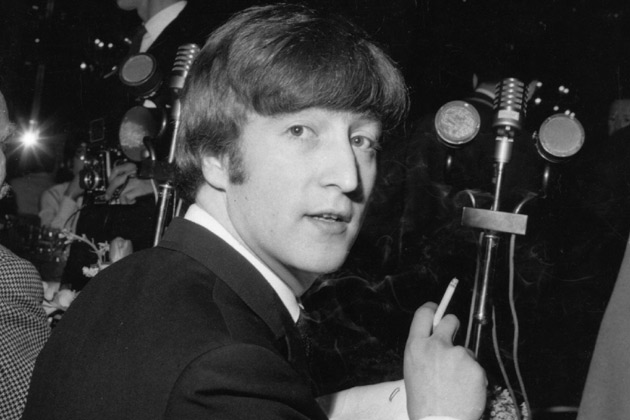 Ernestine thinks it’s pretty rude how the majority of the girls in the studio audience are screaming. Even if one really likes a band and is excited to see them perform, that’s no excuse for screaming nonstop. They’re probably making it hard for the band to hear themselves play, and are missing the entire show because all they’re doing is screaming.

During the next song, a cover of what Mrs. van Niftrik says is a Broadway tune, “Till There Was You,” there are closeups of each bandmember, providing each one’s name. Ernestine rolls her eyes when a caption appears under John’s name, saying, “Sorry girls, he’s married.” As though any of the girls in the audience or watching at home stand a chance of marrying someone that much older and that famous. She and Girl both think he’s the handsomest, married or not. The others are cute, but John has a more mature face, like a handsome adult man, not carrying the look of a cute, soft-faced boy into early adulthood. Girl also feels a special energy coming from him, an aura she has a very good feeling about.