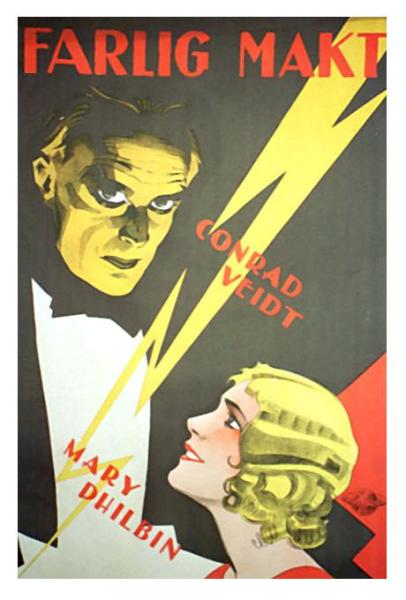 Premièring November 1929 at NYC’s Little Carnegie Theatre, The Last Performancce was Conrad Veidt’s final Hollywood film until WWII. Due to his heavy accent and lack of fluency in English, he had to return to his native Germany. Soon after the Nazis rose to power, he escaped to England with his Jewish wife.

Like many other films of the late silent era, this one too had a hybrid version with sound effects, talking sequences, and a soundtrack.  Today, only the silent version (with Danish intertitles) survives. Very embarrassingly, one of the English translations renders “you’re” as “your.” Nails on a chalkboard! Where was the proofreader! 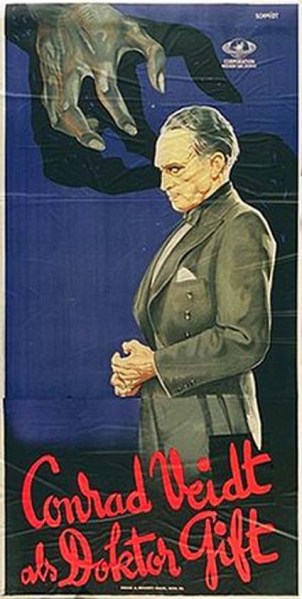 Magician Erik the Great (Veidt) falls in love with his assistant Julie Fergeron (Mary Philbin), who’s on the cusp of her eighteenth birthday. Julie is stunned to find a love letter backstage, which includes a marriage proposal. (In real life, Conrad was 36 and Mary was 27, though Conrad is made up to look MUCH older.)

Erik is looking forward to an upcoming tour of America, Julie’s birthday, and his wedding, but the happy mood crashes when he discovers a thief, Mark Royce (Fred MacKaye), in his hotel suite. Erik gives him the choice of going with the cops or joining the magic act. Since Mark was “only” helping himself to Erik’s food instead of purloining material possessions, Erik is somewhat sympathetic to him.

Also rather predictably, Buffo has feelings for Julie. He can’t believe Julie and Erik are soon to marry, and thinks Erik is a fool for believing Julie actually loves him. (Since the first two-thirds of the film speed by without much of any character development, it is hard to see why Julie agreed to marry Erik, even reluctantly.) 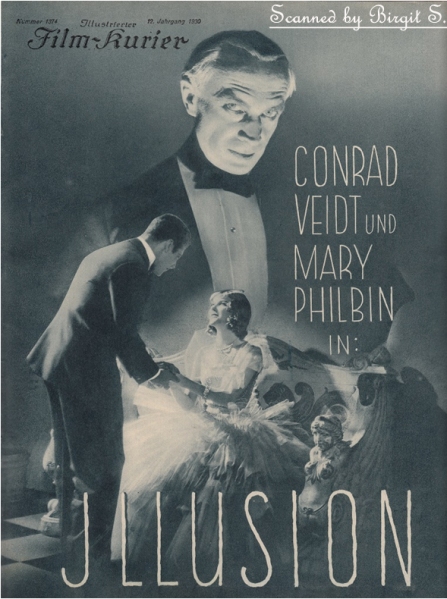 At Julie’s eighteenth birthday party, Buffo discovers Julie and Mark in an amorous situation and arranges for Erik to catch them in the act. Erik is understandably heartbroken, but puts on a false front of cordiality by announcing Julie and Mark’s engagement in front of all their guests at the banquet.

But if Julie and Mark believe Erik’s graceful reaction to being cuckolded, they’ve soon got another think coming. Erik has macabre revenge in mind, and he’s bound and determined to pin the blame on someone else. 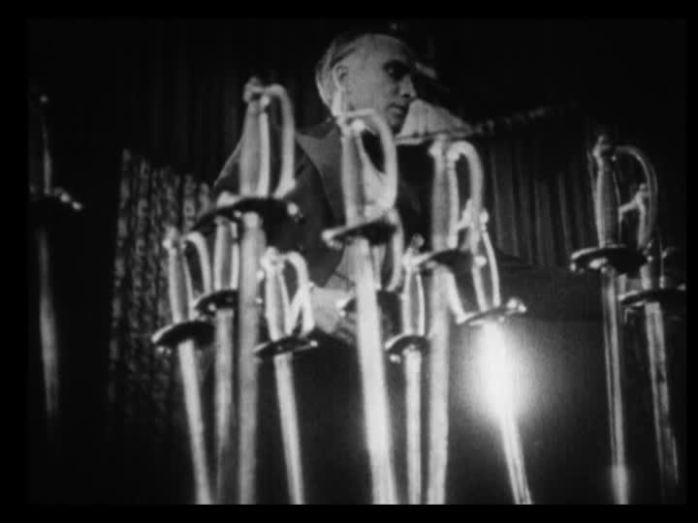 The last third of the film has incredible pacing and dramatic tension, which I wish were the case for the preceding two-thirds. I would’ve liked more development of the characters and their respective relationships instead of rushing through them till that pivotal moment when Erik discovers the betrayal. An extra half-hour or so would’ve strengthened the story.

But as always, Conrad’s acting is incredible. He had such an expressive face and eyes, able to say so much without saying a word. 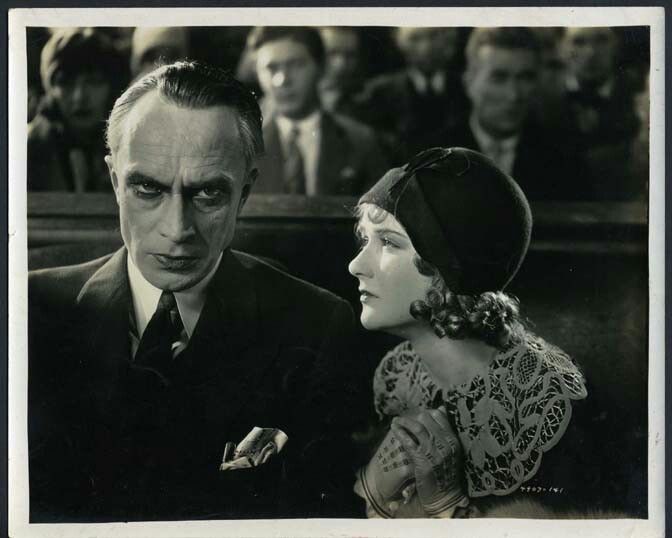