In honor of my beautiful Rudy Valentino’s 93rd Jahrzeit, here’s the third section of Chapter 26, “Death of Valentino,” of The Twelfth Time.

On Monday, shortly after noon, an official comes out of the hospital where Anastasiya has been standing vigil with a group of other fans since Saturday. She wonders if Lyuba would still make fun of her for doing this if she knew her stepsisters Vera and Natalya are among the women and teenage girls gathered to pray for their favorite actor and watch for any glimpse of him through the open window on the eighth floor.

Anastasiya sees his lips moving and hears words coming out, but can’t process anything after the word “died.” Like a chain reaction, many of the people in the crowd start screaming and fainting. She grows numb as she utters a loud scream and falls to the ground in the August heat. Everything starts spinning around her, and she hears a ringing in her ears and sees a bright light in her eyes. She’s barely cognizant of the weeping and screaming surrounding her.

“Would you like me to help you get home?” she hears someone asking after she comes back to herself, by which time some of the crowd has dispersed. “Surely our presence here isn’t needed anymore. God must’ve wanted Rudy more than we wanted him here on Earth.”

“I don’t live nearby,” Anastasiya hears herself choking out. “I live on the Upper West Side. I’ll give you directions and money for a cab.”

The young woman helps pull her to her feet and supports her as they walk away from the Polyclinic and towards a line of cabs heading north. “I’m Dorothea Hasenkamp. What’s your name?”

“The lady who runs the uptown salon and makes all those pretty wedding and bridal party dresses? I love your designs, and I’m also smitten by the gorgeous gowns your second-in-command Dagnija makes. Can I get a sneak peek at some of your upcoming creations in your apartment?”

“Perhaps you will,” Anastasiya mutters as they climb into a cab.

As if the shock of learning her favorite actor was just taken away by the Angel of Death at the young age of thirty-one weren’t already enough, another shock awaits Anastasiya when Dorothea helps her into Katrin’s penthouse after they step off of the elevator when it reaches the top floor. Dagnija, Mrs. Whitmore, Mr. Rhodes, and Dmitriy are all there in the living room. Anastasiya faints again.

“Are these servants?” Dorothea asks.

Anastasiya comes back to herself when she hears Dagnija revealing this secret to a complete stranger. “Mrs. Whitmore, Mr. Rhodes, what are you doing here? If Mitya took ill, you should’ve called me instead of going to all the trouble to bring him here! He’ll recover sooner at the shore, where they’re not having a heat wave.”

“I let Miss Liepaitē in about an hour ago,” Mrs. Whitmore says. “She heard you were back in town, and wanted to discuss some of her new designs. As for myself and Mr. Rhodes, we figured you must really miss Dmitriy, and decided to surprise you by coming back with your darling little baby. It’s not right for a precious little boy to be looked after only by a nanny and a wetnurse. Now you can do the majority of his caretaking before you return to Long Island. Mr. Rhodes came as my male escort, in case anything untoward happened on the train and subway, or if anyone broke into the penthouse.”

“You have a baby?” Dorothea asks. “What’s his full name? I assume you kept your single name if you’re not a Mrs. but have a baby.”

Anastasiya wants to die of shame, and almost forgets about her grief over her son’s second namesake passing away after such a horrible illness.

“Are you divorced or a widow?” Dorothea asks.

“The father of Dmitriy is a Frenchman. He abandoned Stasya after their brief courtship and secret marriage in Paris last February,” Dagnija says, valuing her budding career enough to tell some white lies. “Now she is a chained woman, unable to remarry because her husband and baby’s father left them and can’t be found to have an annulment or divorce. If you ever wondered why an attractive, successful woman in her twenties is unmarried and doesn’t have any public suitors, now you know the tragic truth. We trust you not to spread around such an upsetting story.”

“How awful! What a scoundrel, to abandon a beautiful wife and his unborn son! Don’t you worry, Miss Voroshilova, I’ll keep your secret. I’d love to wear one of your wedding dresses when I get married, and I can’t very well do that if the rumor mill drives you out of business.”

“There’s a jug of milk in the refrigerator,” Mrs. Whitmore says. “Mrs. Kalvik-Nikonova used that new-fangled electric device to pump her milk so you could feed Dmitriy properly while she’s not here.”

“Couldn’t you buy artificial milk? It won’t kill him to drink infant formula for a few days, and Katrin’s milk won’t dry up, since she’s nursing her own baby.” Anastasiya wants to believe this entire day has been a nightmare, and any moment she’ll wake up, back on Long Island, Valentino making a full recovery from pleurisy, Dmitriy being cared for by anyone other than herself, her secret still confined to her inner circle and Dagnija.

“He’s used to drinking real mother’s milk. It won’t kill you to pour some of your best friend’s milk into a bottle and feed your son.” 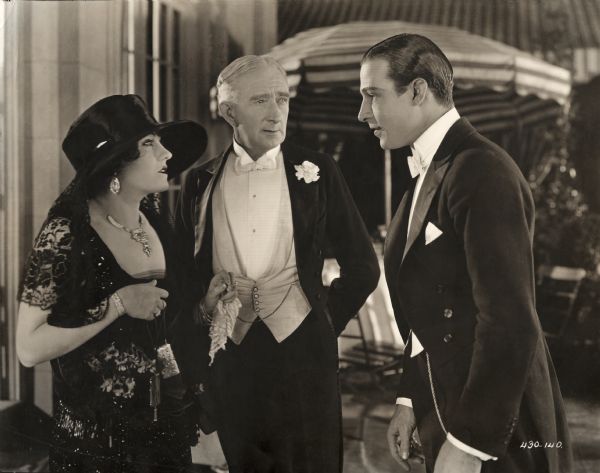 Anastasiya curses her life as Dorothea and Dagnija help her onto a couch and Mrs. Whitmore hands her Dmitriy and an already-filled bottle. As she disinterestedly feeds him and drifts in and out of full awareness, she hears Dagnija excitedly talking to Dorothea about some of the secret upcoming designs at Voroshilova’s Weddingland Creations. If Dagnija didn’t know her shameful secret, she’d want to strangle her when she leads Dorothea into the room where some of these secret designs are displayed on mannequins. She can only hope someone with a good enough heart to help a stranger in need can keep her mouth shut about Dmitriy’s existence.

One thought on ““Death of Valentino””