Imre broke his entire left hand after a violent fight with the gendarme who took over Csilla’s house, and is now meeting with a smuggler in his mother’s apartment. Mrs. Goldmark found someone from the Brihah (which means Escape or Flight in Hebrew), a group which successfully smuggled many Shoah survivors into safer countries and ultimately into Israel. 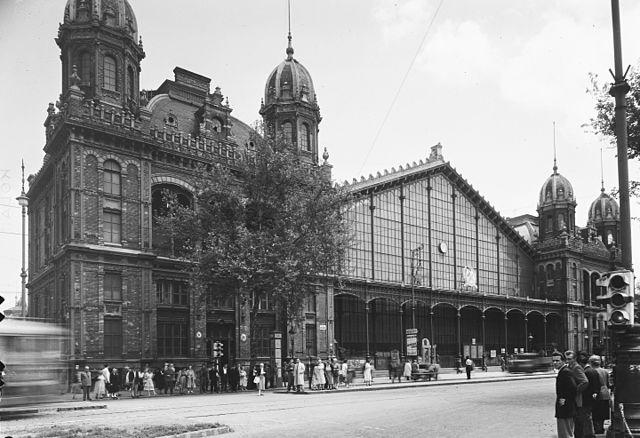 “I’m taking you to Nyugati Station as soon as supper is over,” the Brihah man said. “I’ll put you aboard a coal car or cattlewagon, whichever we have easiest, safest access to. First thing in the morning, the train takes off, and you’ll stay as quiet as possible until the train reaches Firenze. If you must make any pain noises and you happen to be in a cattlewagon, kick the cows as hard as possible so their pain noises will muffle your own. You’ll be met by people who know you’re coming.”

“I’ll give you enough money to cover a nice hotel until you find your friends, plus plenty of money for normal living expenses,” Mrs. Goldmark promised. “Don’t risk writing to me. I’ll write to you first, if and only if I know no one’s looking for you.”

“I want to go too,” Júlia announced.