Image used solely to illustrate subject for the purposes of an album review, and consistent with Fair Use Doctrine

Tommy, released 17 May 1969, was The Who’s fourth studio album, and the album that saved them. While they’d had a bunch of hit songs in their native England and played at Monterey Pop in 1967, they still weren’t giant superstars. They desperately needed a hit, both for the sake of their finances and their personal reputations.

Tommy not only pulled them back from threatened bankruptcy and irrelevance, it also did wonders beyond wonders for Roger’s voice and self-confidence. Classic rock fans are well familiar with Roger’s powerful pipes on songs like “Won’t Get Fooled Again,” “Slip Kid,” “Who Are You,” and “The Real Me,” but before the experience of touring Tommy all over the world and singing the powerful role of this character who goes through such an intense journey, Roger’s voice was rather unrefined.

Just look at 1967’s The Who Sell Out for proof. Roger only sings lead on five of the thirteen original tracks. Pete sings five more, and John sings the rest. One of those songs features Pete and Roger sharing lead vocals. Roger just wasn’t a vocal powerhouse yet, and lacked ample range.

The storyline on the album (versus the slightly different one in the movie):

Captain Walker goes missing and is believed dead. His widow presently gives birth to a boy named Thomas, whom she raises with a new lover. In 1921, Captain Walker returns home and discovers his replacement. In a violent rage, he murders the lover, and Mrs. Walker tells Tommy, who witnessed the murder, that he didn’t see or hear anything. He can never tell anyone what he knows is the truth.

Tommy can now only experience the world through vibrations, all of which he interprets as beautiful music, even horrible things like getting molested by his Uncle Ernie and tortured by his sadistic cousin Kevin. However, Tommy can see his own reflection in the mirror.

LP One closes with Tommy’s sexual awakening with the Acid Queen, who also gives him LSD. The ten-minute instrumental “Underture” has always sounded exactly like I’d imagine an acid trip to be.

As he gets older, Tommy becomes a pinball champion, thanks to Pete wanting to butter up music critic Nik Cohn for a good review. Mr. Cohn was a big pinball fan.

Captain and Mrs. Walker take Tommy to a doctor who cures him, but he’s still mentally blocked from engaging with his senses until his mother realises he can see his reflection in the mirror. After she smashes it, Tommy wakes up as if from a dream, and begins to see, hear, and speak again.

Tommy becomes a Messiah figure, everyone’s hero, but ultimately grows very uncomfortable with his idol status. His disciples also reject him, displeased with his teachings, and leave the holiday camp where he’s preaching. Tommy reverts back to being a psychosomatic blind-deaf-mute and plaintively cries out for healing. 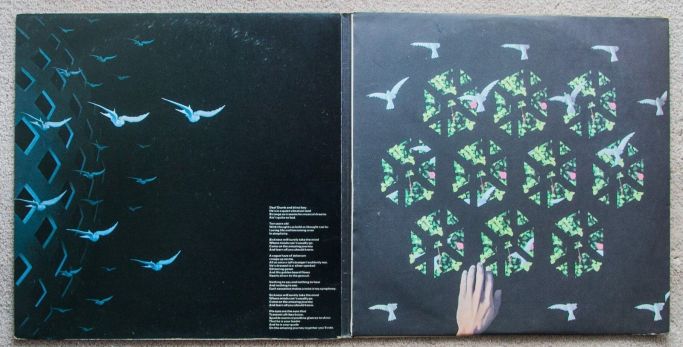