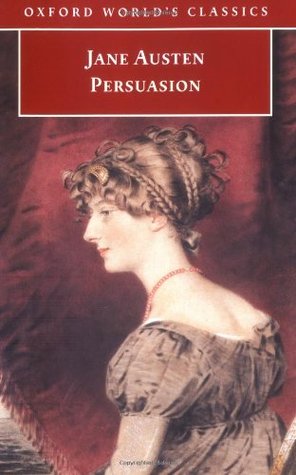 First things first: I have a great deal of respect for how Jane Austen was able to make a living from her writing in a time and place when the vast majority of women financially depended on a husband or male relatives. I also recognise her technical skills at sentence construction and ability to write very artistic prose. I additionally respect her for being known on her own merits instead of through a husband, father, or brother.

All that, however, doesn’t mean I emotionally connect with her writing. I have a very difficult time reading 19th century literature, even understanding writers in that era operated under much different literary conventions; e.g., overdescribing things irrelevant to the plot, opening with backstory.

Still, I’ve enjoyed other 19th century books which were written under much different sensibilities. What didn’t I like about this one?

1. Opening with pages upon pages of infodumpy backstory! We truly don’t need to know this family’s entire life story down to the most irrelevant details! It’s like Dostoyevskiy insisting readers need 50 pages of backstory to understand The Brothers Karamazov. Hard pass!

2. Overly formal language. I get that people in that era spoke much differently, but were they really that formal all the time?

3. Distant narration. I never felt in anyone’s head, or at least emotionally pulled into the story.

4. Hard to keep track of who’s talking. I’ve 100% been guilty of this myself in the past, but I’ve worked hard to show characters doing little things every so often in a long dialogue scene with only the two of them. Even when we know dialogue alternates, it’s easy to forget who’s on first when all we see are talking heads.

5. Archaic literary constructions. I wish an editor had updated these aspects of the language, like unnecessarily split words (every thing, any one, every one), “shewed” (i.e., “showed”), and &c. WTF was the lattermost all about! Was there something wrong with writing “and so on” or even “etc.”?

6. I didn’t really like any of these people. Beyond the distant narration, no one seemed particularly sympathetic or compelling.

7. I can’t really relate to the idle upper-class of early 19th century England. If they’d done something beyond sit around gossiping, going for walks, and talking about themselves, I could’ve been compelled to care about their lives. I understand women’s lives were extremely limited in this era, but they weren’t all this boring!

8. TELLING! It seems like at least 95% consists of “This happened. Then that happened. X and Y discussed this. Z and Q discussed that. Name felt this. Name felt that. Tell tell telly lots of telling! Infodumpy dialogue. Let’s have some more telling!” There were almost no active scenes. For all the issues I have with Hemingway’s beyond-Spartan prose of “Noun verb noun. Noun verb noun. I drank another vermouth,” at least he told active stories!

9. It would’ve been more effective had we seen Anne and Captain Wentworth’s original relationship, followed by their breakup and reunion years later. How can we give a damn about them getting back together if we never saw them during the first gasp of their relationship or how Anne was persuaded to jilt him?

10. We also never get an active sense of just why Lady Russell is so overbearing and a poor judge of situations and people, nor why Anne still likes her. Merely telling us a character is a certain way does jack to actually bring that out!

11. Too many irrelevant characters who contribute jack towards the story.

12. Total slog! Even after over 100 pages, I felt like nothing had been accomplished, with nothing happening. That’s kind of what happens when most of a story is a summary of events.

After this experience, I’m no longer so hesitant to attempt reading Jane Eyre again (a DNF at age thirteen), or to read another Hemingway novel. At least those are actual stories instead of dull summaries of dull events!

One thought on “Oh, I’ve been persuaded alright!”