It’s November 1945, and Imre has stayed behind in Budapest instead of being smuggled into Italy with his girlfriend Csilla and their friends. He’s determined to perform some modern Herculean labors, starting with going to Csilla’s hometown Abony to recover important possessions she hid last year.

The gendarme who now owns Csilla’s house, Mr. Mészáros, discovered Imre in the cellar, and a violent fight broke out. Now that Imre has come down out of his white-hot rage, he realizes he may have killed Mr. Mészáros. 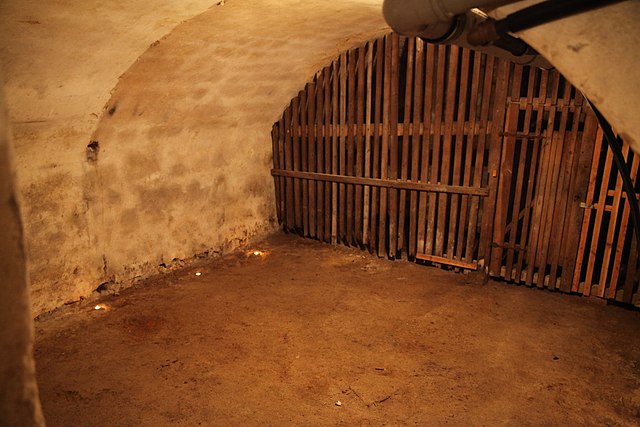 The pain in his left hand had returned by now, and all he wanted was some alcohol or morphine to take it away. He could feel his entire hand swelling up in the most intense pain of his life.

Imre noticed a sled, which he assumed was the sled Csilla had included in her list. It was too big to be hidden under the coal with the other things, but it had gone unnoticed so far, tucked away in that darkened, cobweb-ridden corner. Gratefully, he put the typewriter, globe, and skis on it, fastened them down with a piece of nearby rope, and took hold of the long leather strap tied around the wooden cross-piece. It felt wrong to use his right hand, but he had no other choice with the screaming agony his dominant hand was now in. Every agonized step up the stairs, his hand throbbed even more. By the time he made it upstairs and located the front door, he was tempted to chop the hand off just to end the pain.

He clenched his teeth and breathed hard as he walked back to the depot. On his way there, he began wondering when Mr. Mészáros’s wife and daughters would return home, and when they’d discover what had happened in the cellar.