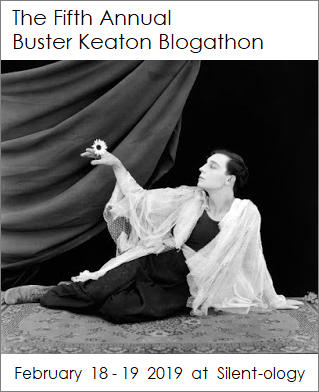 Lea of Silentology is hosting her fifth annual Buster Keaton Blogathon, a celebration of all things Buster (features, shorts, comedic art, news stories, the whole kitten caboodle). Click on the button above for links to this year’s entries.

My subject this year is Spite Marriage, Buster’s last silent and second MGM film, released 6 April 1929. Though Buster wanted this to be his first talkie, relying less on dialogue than sound effects, MGM only let him use a synchronized musical score and sound effects. (Buster hated the sound effects he ended up with.) Apart from that bit of studio interference, this was the final film Buster had any creative control over.

Elmer Gantry (Buster) is a dry cleaner hopelessly smitten with stage actor Trilby Drew (Dorothy Sebastian). Her pictures are plastered all over his wall at work, and Elmer has a front row seat at all her shows.

Unluckily for Elmer, Trilby’s dating her co-star Lionel Benmore (Edward Earle), who in turn is cheating on her with Ethyl Norcrosse (Leila Hyams).

Elmer’s luck starts turning around when an undercover cop shows up looking for one of the actors. Since he’s seen the show (David Belasco’s Heart of Maryland) 35 times, he assures the actor he can take his place onstage. The guilty party then escapes through the window.

While Elmer puts on a false beard, Trilby confronts Lionel about his cheating ways, and brags she’s got a millionaire (Elmer) sending her flowers.

Naturally, nothing goes right from the moment Elmer begins getting into costume. Trilby’s manager Nussbaum is more and more horrorstruck at Elmer’s hilariously incompetent antics, and demands someone shoot him. The audience will think it’s part of the show.

The audience is in hysterics over Elmer’s performance. This serious Civil War drama has been transformed into a comedy.

Elmer falls into the orchestra pit as he flees from Nussbaum, then finds his way to another escape route with a window. He changes clothes and pulls off his beard just in time to fool Nussbaum and his associates.

Trilby is heartbroken when Ethyl tells her she and Lionel are announcing their engagement that night. When she runs across Elmer, she proposes to him, and declares they’ll marry that night.

After their unhappy, unconsummated wedding night, Elmer and Trilby go to speakeasy La Bohème, where Lionel and Ethyl have also gone. Trilby spends most of the night longingly looking at Lionel and drinking.

Full of alcohol, Trilby goes to confront Lionel and Ethyl, and has to be hauled back to her table. Elmer has to help her back into her shoes and wrap, and walk her out of the club, up the stairs, and back to their room.

The putting the drunken bride to bed scene is one of the film’s most famous. Buster reused this scene in a number of his later films and live shows, some of them with his third and final wife Eleanor.

In the morning, Nussbaum advises Trilby to leave this poor pants-presser for the sake of her public reputation. She agrees, and Elmer learns the news when he goes to deliver her a stuffed dog. Outside the hotel, Lionel tells him the real reason Trilby married him.

Elmer ends up in a taxi with gangster Scarzi, who’s on the run from the cops, and then on a boat with Scarzi and his gang. He escapes onto a private yacht, where he’s put to work as a member of the crew. As expected, he’s hilariously incompetent at this.

Who should also be on the yacht but Trilby and Lionel! Things go from bad to worse when Elmer accidentally worsens a fire in the engine room.

Everyone flees while Elmer puts out the fire. Everyone, that is, except Trilby, who passed out in the hall after Lionel abandoned her.

Things get even more complicated when the gangsters get on the yacht. 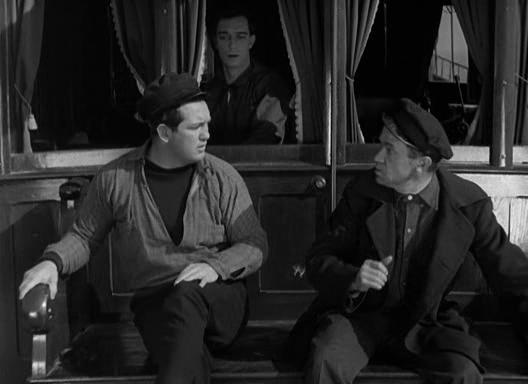 Buster loved the name Elmer, frequently giving it to both his characters and his dogs. In this film, Elmer Gantry comes from Sinclair Lewis’s 1927 novel of the same name, about a conman.

The film was originally 90 minutes, and the opening scene of Elmer and Trilby on a bridle path is all that survives of a much longer scene of Elmer trying and failing to ride a horse.

The names Lionel, Ethyl, and Drew come from the famous siblings Lionel and Ethel Barrymore, and their mother Georgiana Drew. 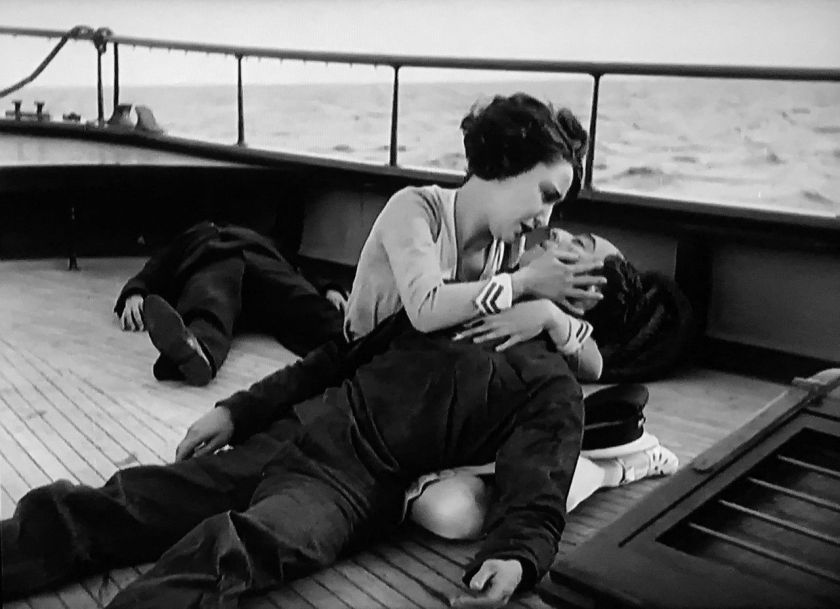 Dorothy Sebastian (whom the unhappily married Buster was having an affair with) is much different than Buster’s previous leading ladies. Instead of serving as a passive prop, she takes an active, full role in the story and helps him with saving the day.

Though Spite Marriage isn’t always considered one of Buster’s best silents, I’ve always loved it, and highly recommend it.