While the Marx Brothers’ MGM films were more financially successful and popular than their Paramount films during their respective original runs, today the situation has reversed. By and large, fans tend to strongly prefer the five Paramount films, and don’t think that highly of any but their first two MGM films.

In the 1960s, as interest in 1930s films grew, Duck Soup finally recovered from its initial lacklustre reception and gained classic status.

Some film critics feel it’s not only on par with other comedic, satirical send-ups of politics and wars, like The Great Dictator and Dr. Strangelove, but even more effective and unnerving because it wasn’t consciously trying to be anything but irreverent comedy.

In 1990, Duck Soup was chosen by the Library of Congress for preservation in the U.S. National Film Registry, owing to being “culturally, historically, or aesthetically significant.” On those incessant best-of lists and surveys, it’s routinely included as one of the greatest comedies and films of all time.

The film has been cited as strong inspiration for many comedians over the years, as well as some political satires and animated cartoons. The Beatles also named it as inspiration for their madcap film Help!, and other of their comedic stylings.

In 2004, the five Paramount films were released in a boxed set, along with 15 minutes of interviews and a rather shallow 40-page booklet. Many fans were deeply disappointed with the shoddy condition of the prints and audio, and the lack of bonus features.

In contrast, the MGM films (and the one-off RKO film), which show a gradual, painful decline in quality, got the deluxe DVD treatment.

Thankfully, in 2016, this disgraceful situation was finally rectified, and now we can enjoy these films properly, with pristine prints, audio commentaries, and bonus features. 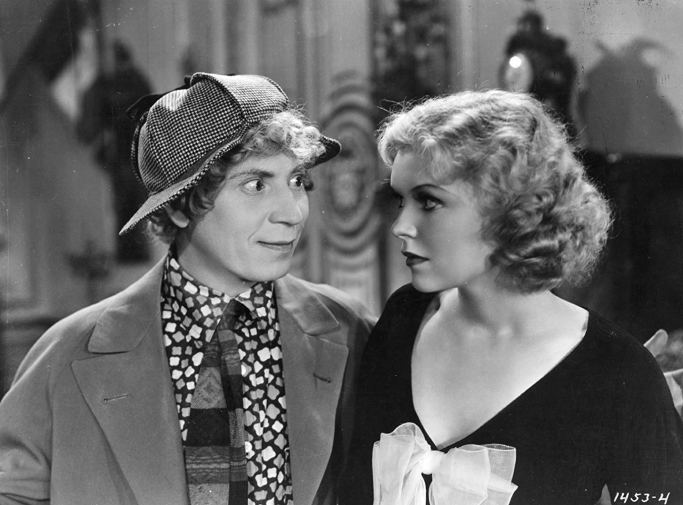 I first saw Duck Soup on New Year’s Eve 1999. In 1997, I’d seen my first two Marx Brothers’ films, which I wouldn’t wish on any new fan. Of all the great films to start out with, Love Happy (1949) ain’t it! That horrible, unrepresentative first impression was followed up by another poor choice for a new fan, Room Service (1938).

I decided to give them one more chance when my father rented Duck Soup from Blockbuster. Lo and behold, it was much better than the first two films I’d seen, and significantly changed my impression. I finally understood what all the fuss was about.

The third time was the charm. While it took me awhile to fully grow in love with the Marx Brothers (vs. immediately falling in love, as I did with Laurel and Hardy and the Three Stooges), it ultimately created a very strong bond.

I wasn’t ready to be a true Marx Brothers fan till my mid-twenties, through no fault of theirs, or mine. I just most strongly prefer slapstick and physical comedy. Some things, like fine wine or a piano, are best when aged.

There are also books, films, and albums one always enjoys, but doesn’t have the maturity to fully appreciate and understand until going through more of life. That’s what the Marx Brothers have been to me.