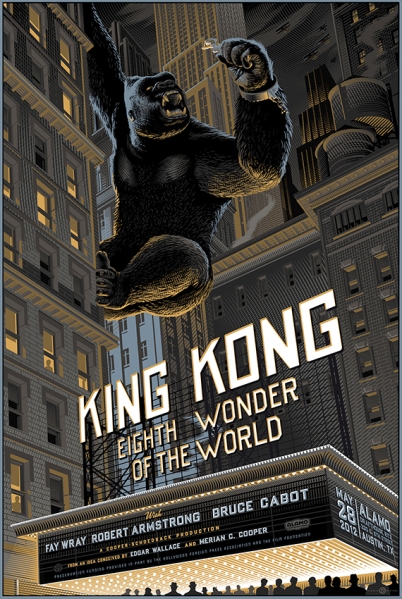 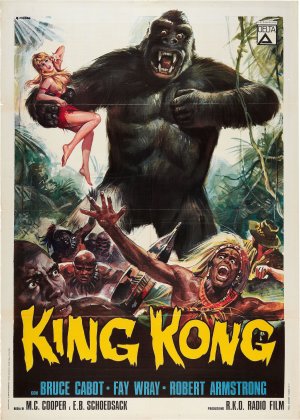 Filmmaker Carl Denham (Robert Armstrong) is famous for his exotic, risk-taking ventures. Everyone thinks his latest trip is insane, esp. since he plans to take a woman along for an element of romance. 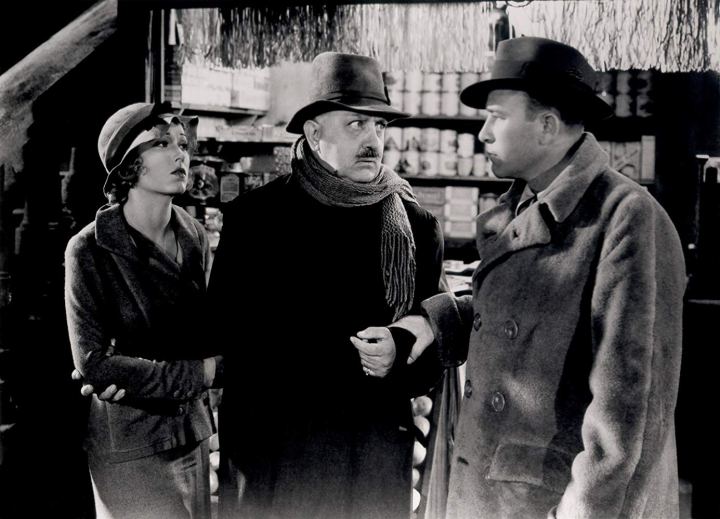 Towards this end, Carl makes the acquaintance of Ann Darrow (Fay Wray), who’s down on her luck. She initially misunderstands his intentions, but after Carl explains he’s the famous filmmaker and is on the level, Ann agrees to take part in this adventure. 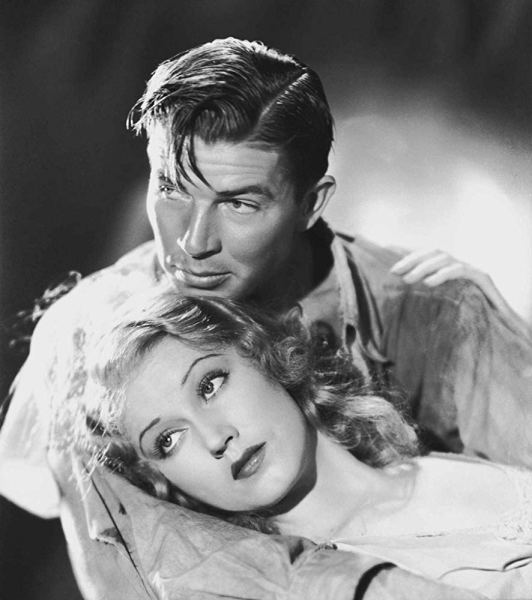 Carl reveals the destination is Skull Island, a place so remote it’s not on any map. He intends to find and photograph legendary creature Kong.

Jack is very against Ann going ashore, but she and Carl brush off his concerns. Carl is thrilled to come upon a native ceremony, and begins filming. 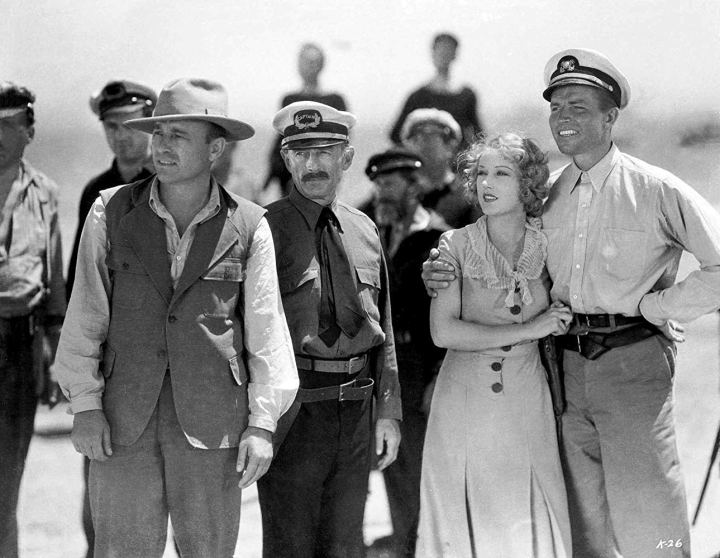 Carl and his crew don’t go unnoticed for long. When the skipper talks to the natives in their own language, things get very tense, and everyone retreats back to the boat. Carl plans to try again tomorrow. 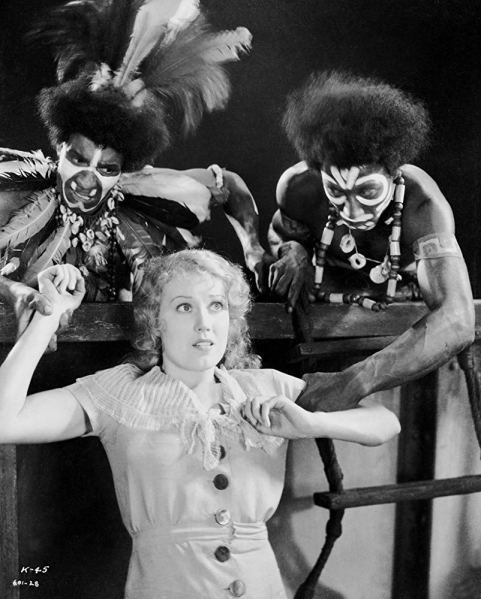 By the time Ann is discovered missing, it’s too late. She’s already being led to an altar, where she’s chained up and offered as the bride of Kong. 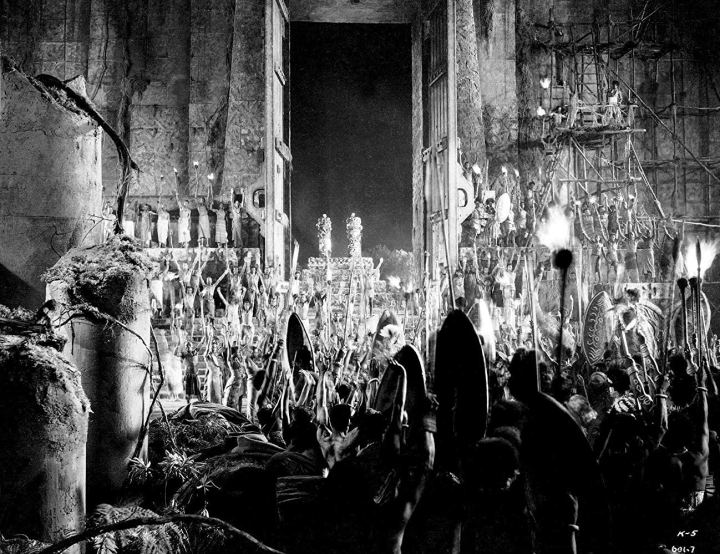 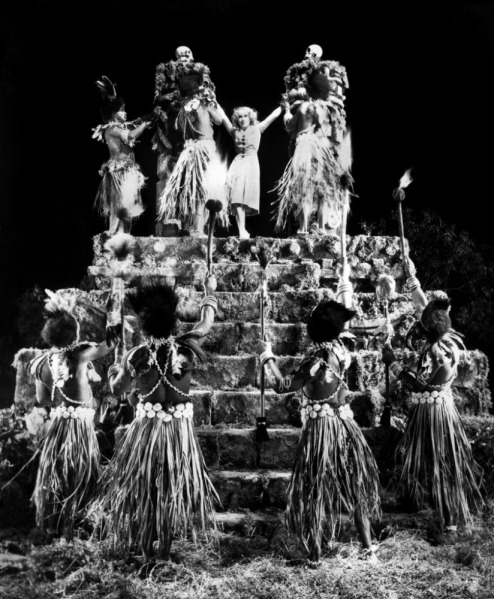 And then the screaming begins. 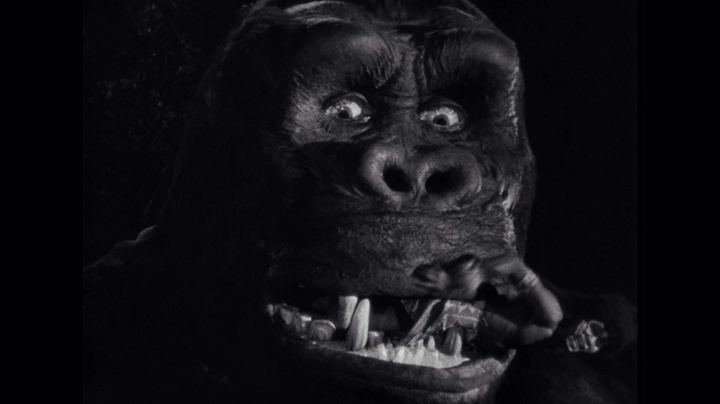 Carl, Jack, and some of their crew come ashore in search of Ann. Their first obstacle is a Stegosaurus, followed by a Brontosaurus.

The worst horrors of all come when the search party encounters Kong. Jack and Carl are the only survivors of his murderous rampage.

The dinosaurs come after Kong too. 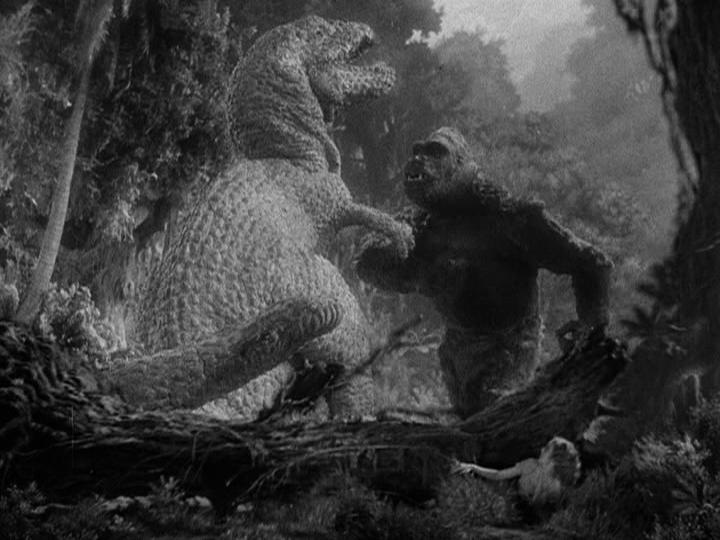 Jack refuses to follow Carl back to the ship for more bombs and men, wanting to stay on Kong’s trail while it’s still hot.

Back on the ship, Carl learns the natives have been subdued and terrified by gunpowder, which they’ve never encountered before. 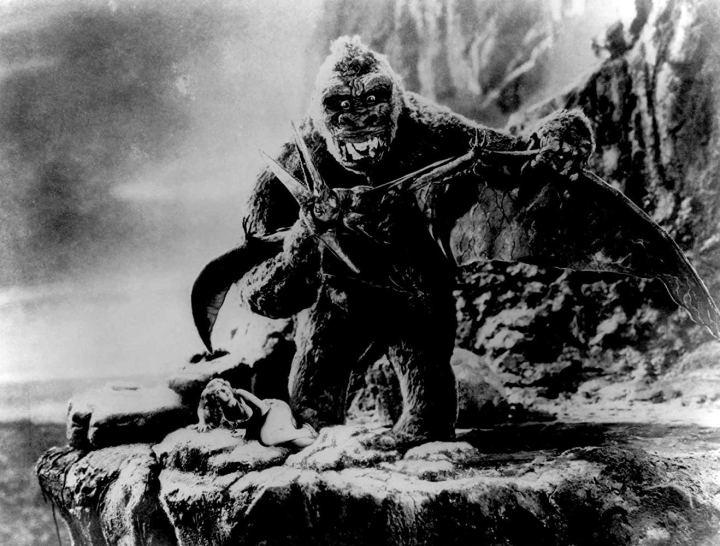 Ann’s terrors increase in Kong’s lair, where more dinosaurs come on the attack. One of them, a Pteranodon, tries to fly away with her.

Jack rescues Ann while Kong is fighting this latest dinosaur, but Kong notices them climbing down a vine and tries to pull them back up. They jump into a lagoon and make their way back to safety. 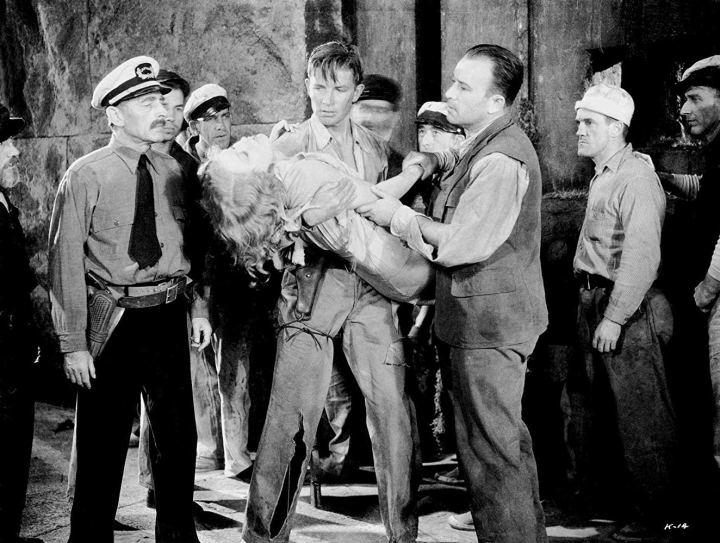 Carl isn’t satisfied with Ann’s safe return. He’s determined to capture Kong alive and bring him back as an exhibit.

Kong is rampaging, looking for Ann. Despite the efforts of both villagers and explorers, Kong breaks through the gates and marauds through the village. 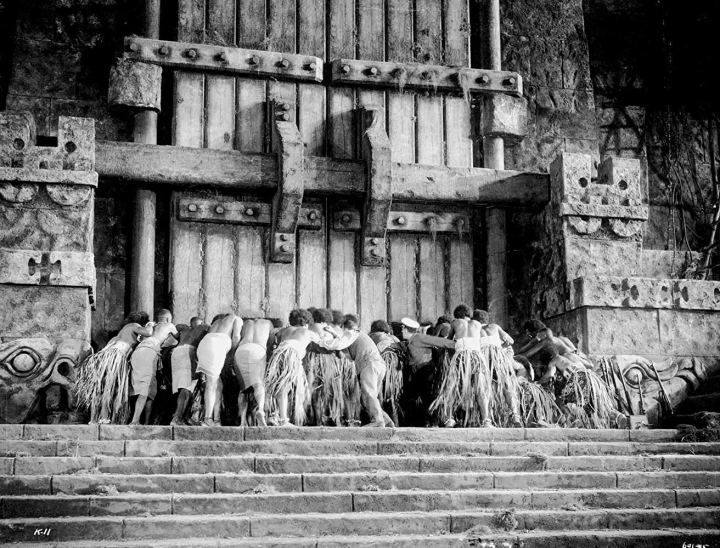 Carl knocks Kong out with a gas bomb and chains him up. Kong is displayed on Broadway as the Eighth Wonder of the World, and breaks loose after the press photographs him. 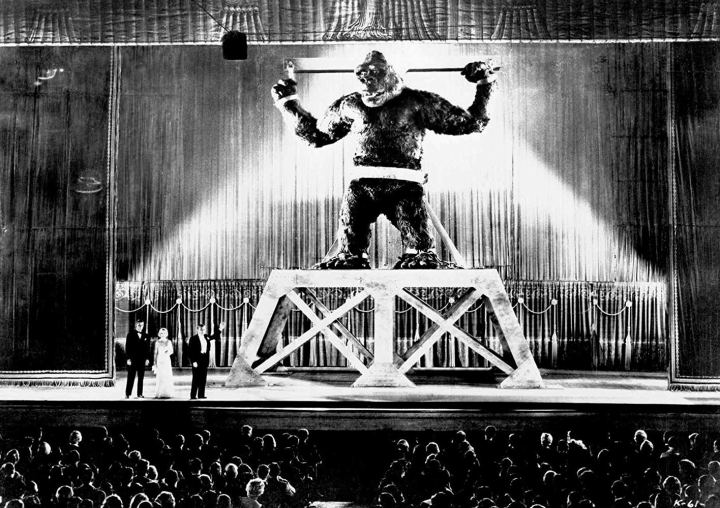 Everyone flees in terror, and Jack takes Ann to a hotel room on a high floor for safety.

Kong scales the building and abducts Ann again. The entire city is locked in terror during Kong’s latest rampage, which culminates in the famous stand-off at the top of the Empire State Building. 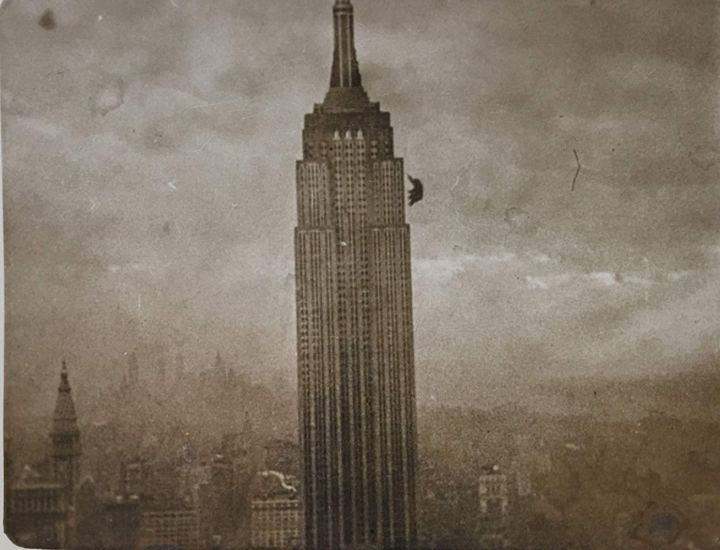 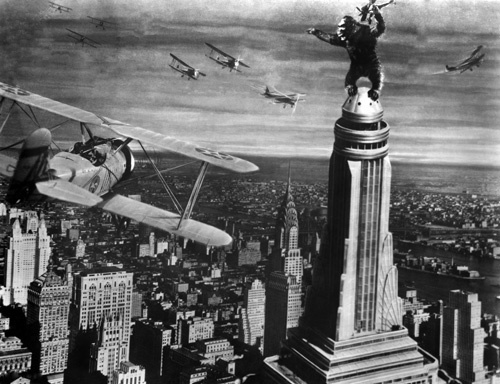 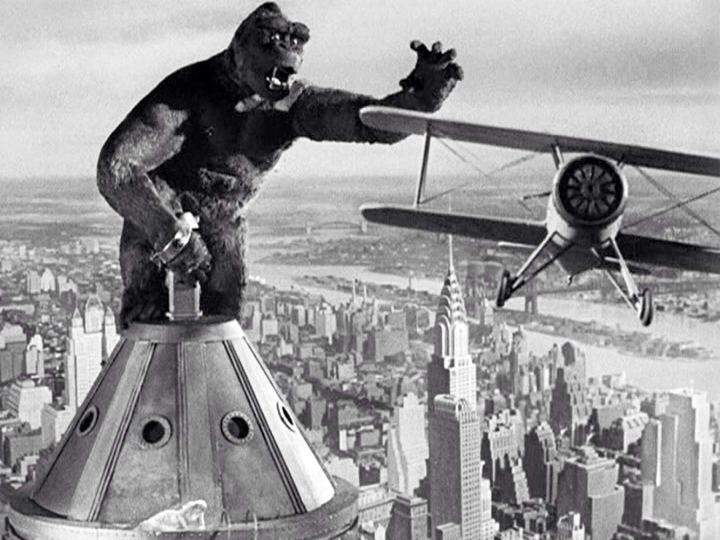 I really enjoyed this film, and would highly recommend it.