Since the pool was so immense (with room for 10,000 people), lifeguards used rowboats. During WWII, it was used for training servicepeople. This was one of the world’s largest pools.

In 1929, it gained a new neighbor, Fleishhacker Zoo (now the San Francisco Zoo).

The grand opening hosted an Amateur Athletic Union swim meet, with 5,000 spectators. One of the swimmers was Johnny Weissmuller, representing the Illinois Athletic Club. Weissmuller returned to Fleishhacker Pool for many future swims, and always drew a crowd.

Other famous swimmers who frequented the pool were Esther Williams and Ann Curtis.

The general opening was 1 May 1925, and drew 5,000 patrons. Adults and teens paid a quarter, while those under age twelve paid fifteen cents. This fee not only allowed them use of the pool, but also a rented swimsuit and large towel (sterilized between uses) and a huge dressing room with showers.

There were also a cafeteria, childcare area, and a tree-lined miniature beach. 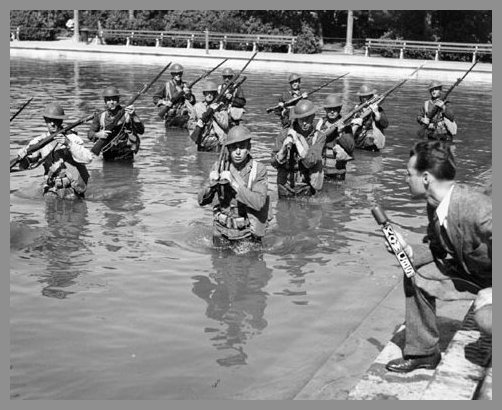 Sadly, the pool went into disrepair and decline, and a January 1971 storm was the straw which broke the camel’s back. The repairs cost too much money, and an attempt to convert it to a freshwater pool failed due to uncontrolled algae.

My characters Nadezhda Lebedeva and Vsevolod Smirnov go to the Fleishhacker Pool during their exhilarating first full day in America in April 1933, after their visit to the Emporium department store. Among their purchases were swimsuits.

Nadezhda, who’s just been released from twelve years in Siberia, can’t remember the last time she went swimming, and Vsevolod, who’s lived his entire life in the small Siberian town of Bulun, has never gone swimming.

It’s been so long since Nadezhda last visited a public bath, she’s forgotten it’s customary to offer rental swimsuits as part of the entry fee. She feels buyer’s remorse for the swimsuit she bought, since that money could’ve been spent on more important things.

The French Concession of Shanghai was formed 6 April 1849, in a narrow area around the Old City, south of the British Concession. In 1861, a strip of riverside land east of the Old City was added to enable the building of a dock for French–Chinese shipping.

Starting in the 1860s, “extra-settlement” roads outside the concession began being added.  The first of these roads connected the Old City’s western gate to a Catholic stronghold in Zi-ka-wei (Xujiahui). This enabled French troops to swiftly move between the areas.

In 1899, the concession doubled in size, and in 1913, France gained police and tax powers over the extra roads. In return, France could evict Chinese revolutionaries in this territory. This gave France control over an area fifteen times larger than the original grant.

The French Concession was Shanghai’s most exclusive area by the 1920s. It attracted not only upper-class Chinese and French, but many foreigners. Many luxury apartments were built as the demand for housing grew.

White Russian émigrés brought the Russian population from 41 in 1915 to 7,000 after the Revolution and Civil War. By 1934, it was 8,260. Many Russian employees of the Chinese Eastern Railway fled after the Japanese occupation of northeast China.

Shanghai also became a haven for European Jewish refugees, since it was one of the few places in the world which didn’t require an entry visa or work permit.

Just before the outbreak of the Second Sino–Japanese War in 1937, the native Chinese population had grown to 500,000. During WWII, they continued coming to the French Concession to escape the Japanese occupation. They eventually numbered 825,342.

On 30 July 1943, Vichy France handed the French Concession over to the puppet Wang Jingwei government. In February 1946, France gave up all her Chinese concessions. 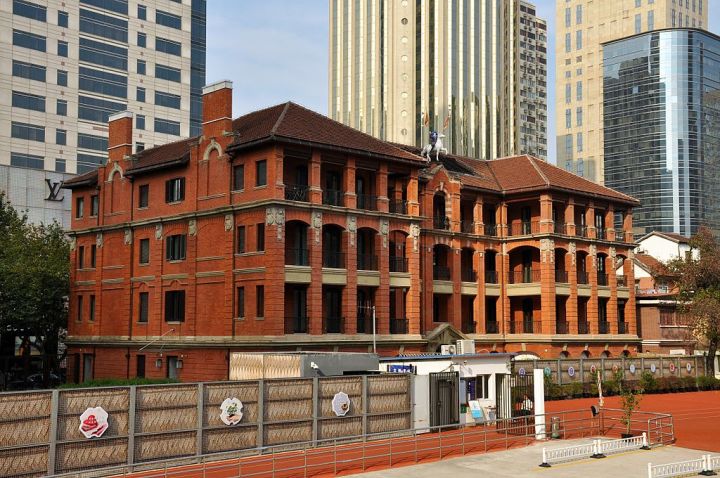 My character Inga Savvina defects to the French Concession from Vladivostok in June 1942. Her grandfather and a Navy vice admiral arrange for her to be smuggled onto a Pacific Fleet ship, wearing a nurse’s uniform.

Vice Admiral Agapov handles the Japanese officials at the Huangpo River port, and accompanies Inga a short distance inland. Left on her own, she approaches a non-Chinese couple and speaks to them in the elementary French her grandfather taught her.

She’s taken to Avenue Joffre, where most of the Russians live, and put up in the home of White émigrés who help her gain passage to America to meet the father who has no idea she exists.