Drancy was an internment camp in a northeastern Parisian suburb of the same name, in use through 20 August 1941–17 August 1944. It began life as La Cité de la Muette (The Silent City), a luxury high-rise, U-shaped apartment complex, among the first of its type in France.

Instead, it was taken over as police headquarters at the start of WWII, and then turned into a transit camp. An estimated 70,000 people passed through during its four years of operation.

Only 1,542 survivors were found when the Allies liberated it.

Over time, Drancy grew to include five sub-camps. Initially, it was run by French police, but the Germans took over on 3 July 1943. In spite of the change in command, French police continued to arrest people and bring them to Drancy.

The vast majority of detainees were Jewish, but there was a very small percentage of political prisoners. Most of the latter were in the French Resistance.

Drancy was only designed to hold 700 people, but it housed 7,000 at its height. Many survivors testified to the brutality of the French guards, and how children were immediately separated from their families.

Some Drancy prisoners were killed in retaliation for French attacks on the occupying Germans.

Sixty-eight of the seventy-nine deportations of French Jews (with a small minority of political prisoners mixed in) set out from Drancy, starting 27 March 1942. All but six went to Auschwitz. The other destinations were Majdanek, Sobibór, Kaunas, Tallinn, and Buchenwald. 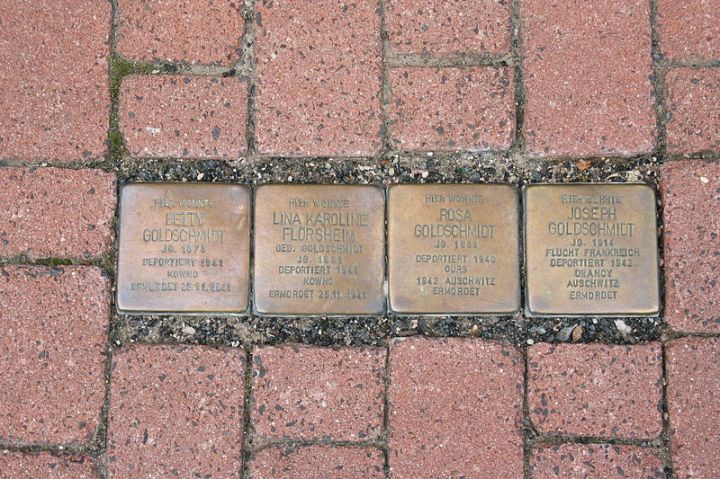 After the war, survivors filed charges against fifteen of the French gendarmes who ran Drancy. Ten were put on trial, three of whom fled before proceedings began. The other seven insisted they were just following orders, in spite of the numerous testimonies about their brutality.

All ten were found guilty, though the court ruled they’d been rehabilitated by “acts of active, effective, and sustained participation in Resistance against the enemy.” Two of them were sentenced to two years of prison and five years of national indignity. After one year, they were pardoned.

Disgustingly, on 20 January 2005, anti-Semites set some of the railcars on fire and left a tract with an swastika, signed “Bin Laden.” On 11 April 2009, a swastika was painted on the remaining railcar.

My characters Darya Koneva and Oliivia Kalvik are taken to Drancy after participating in an anti-Nazi protest in Paris in October 1942. They’re among the very small minority of non-Jewish political prisoners.

During their three weeks in Drancy, Darya and Oliivia sleep on wet straw and a hard wooden mattress, with only a thin blanket, and eat lousy rations. Drancy makes Darya long for her early years in a Lower East Side tenement.

As soon as they get the opportunity, they volunteer for transport to the mythical Pitchipoi they keep hearing about. On 4 November, their journey to Hell begins, and they discover Pitchipoi doesn’t exist. Auschwitz is referred to as not-Pitchipoi, Planet Pitchipoi, and Pitchipoi 99% of the time, both in the text and Darya and Oliivia’s speech.

When Darya’s future husband Andrey asks about this, she says it’s her way of dealing with that ugliness and evil. If she doesn’t use the real name, she won’t be confronted by cruel reality.

One thought on “Drancy”