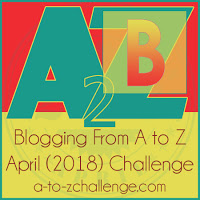 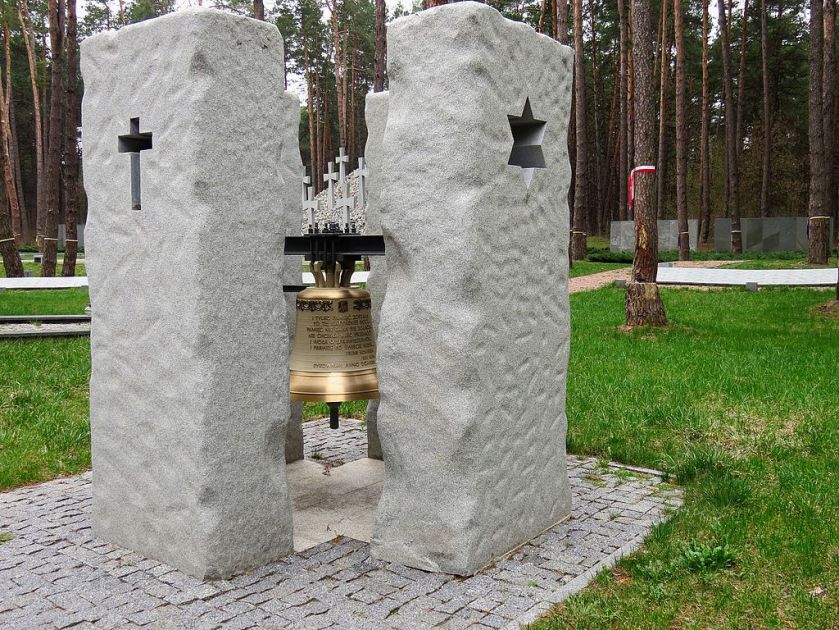 Bykivnya is a pine forest on the outskirts of Kyiv, and the final resting place of an estimated 100,000 people murdered from the early 1920s to the late 1940s. Some sources say it could be as high as 225,000. After “enemies of the people” had been tortured and murdered, they were hauled to the woods and dumped in mass graves.

The burial area spans 160,000 square feet (15,000 square meters). To date, Ukrainian and Polish archaeologists have found 210 separate mass graves within it, and historians have identified 14,191 of the victims.

Though the mass graves were uncovered by the occupying Germans during WWII, the Soviets reclassified this information and conducted their own investigations in 1945, 1971, and 1987. 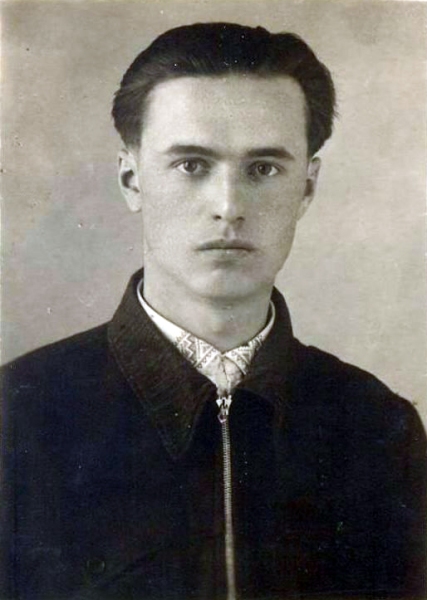 In 1962, Vasyl appealed to the Kyiv City Council to have Bykivnya and other mass grave sites recognized for what they were. In response, cops brutally beat him, and he died of kidney failure. 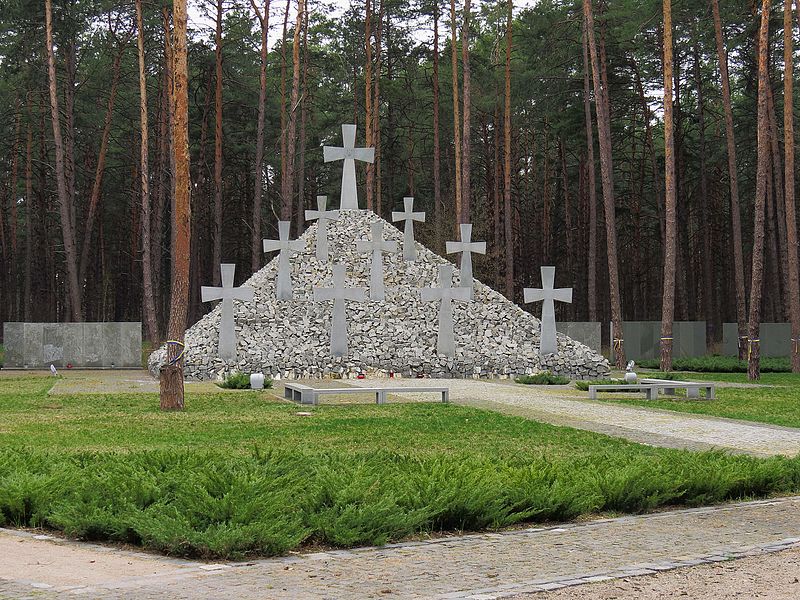 The authorities discovered and destroyed many documents about the true nature of these mass graves and their victims. Only in July 1989, during the fourth investigation, was it announced that these weren’t victims of Nazi fascism, but Stalinism.

On 30 April 2004, the Bykivnya Memorial Complex opened, and on 22 May 2001, it was designated a State Historical and Memorial Reserve. That designation was upgraded to a national one on 17 May 2006.

Archbishop (now Metropolitan) Dmitriy of the Kyiv Patriarchate of the Ukrainian Orthodox Church, with the blessing of Patriarch Filaret of Kyiv, conducted a funeral service for 817 victims being reburied on 28 October 2006. 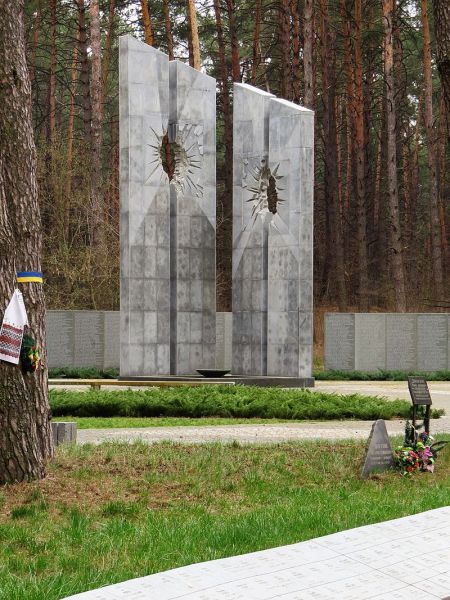 Every year on 16 May, since 2004, the Day of Sorrow has been observed in Bykivnya, to commemorate the murdered. People from all walks of life, such as high-ranking elected officials, clergy, foreign guests, and regular citizens, gather to pay tribute to these innocent victims.

The way to the graves begins with a gravel track, with a bronze sculpture of a man on the left. A large rock bears the year 1937, the height of the Great Terror. Along the path to the depths of the forest are many other stone monuments. 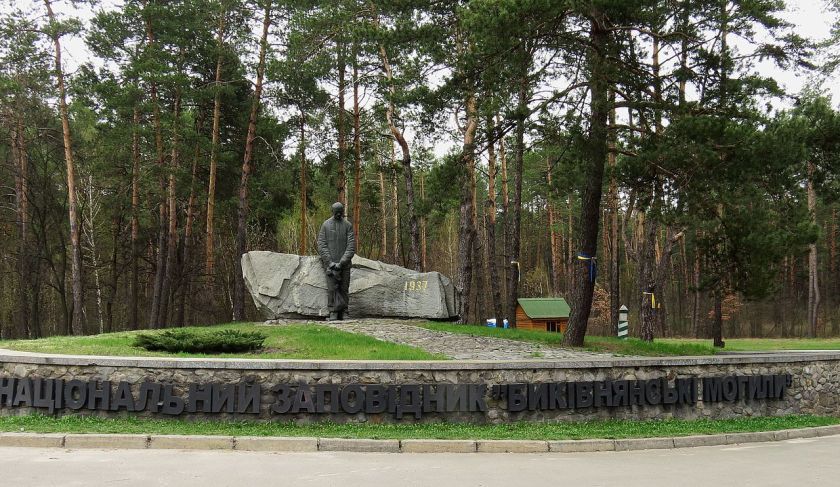 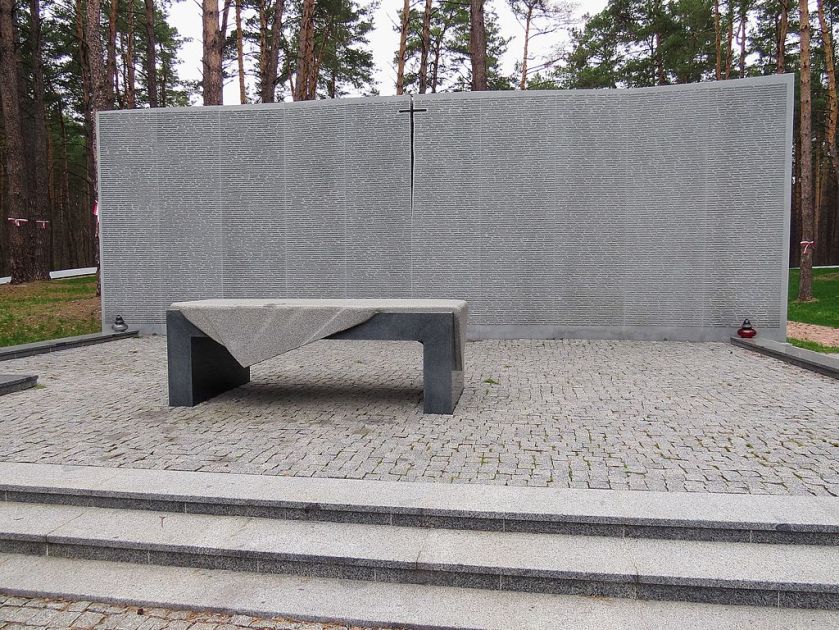 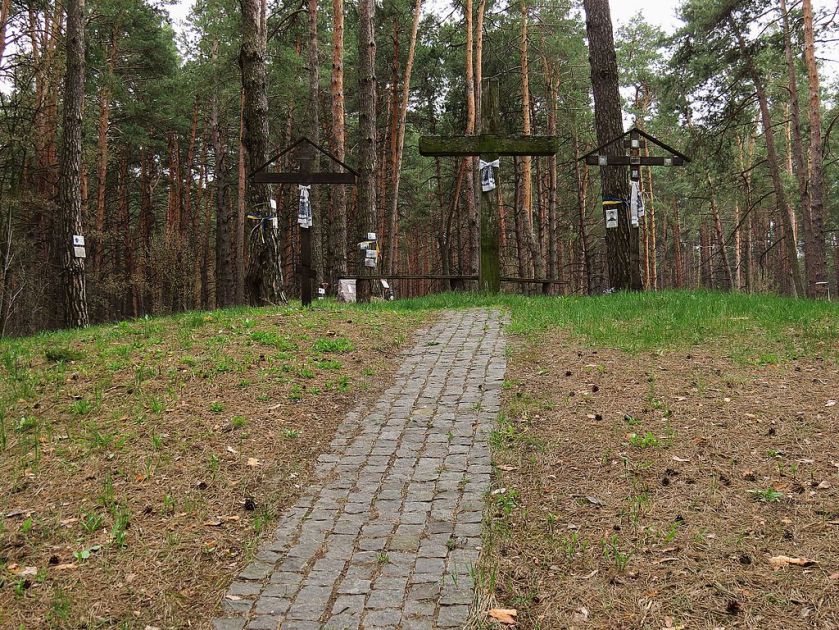 There are 87 metal crosses with rushnyki (embroidered Ukrainian towels). Many of the trees are tied with yellow and blue ribbons, representing the colors of the Ukrainian flag. Others bear red and white ribbons, to represent the Polish victims.

To represent the various faiths buried here, there are four pillars, whose placement forms a square, with cut-outs of the Orthodox cross (with a slanted bar on the bottom), the Catholic and Protestant cross, the Jewish Magen David, and the Muslim crescent.

Shamefully, on 25 January 2017, unidentified cowards defaced some of the monuments with anti-Ukrainian and anti-Polish graffiti. 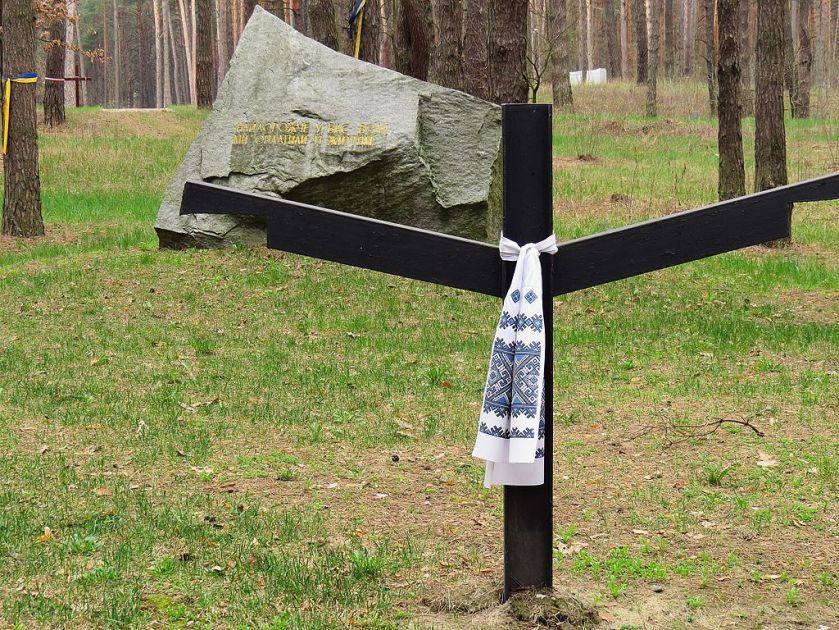 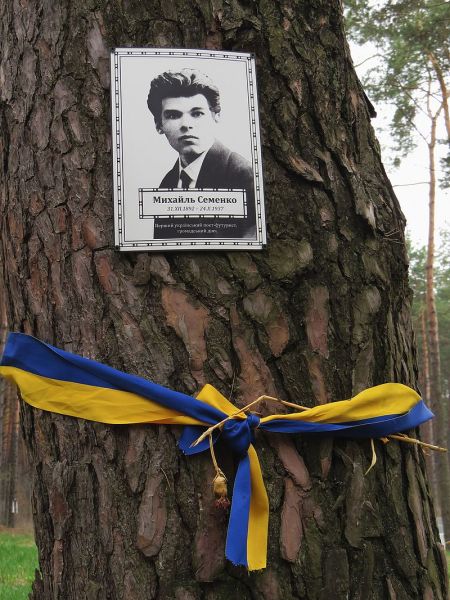 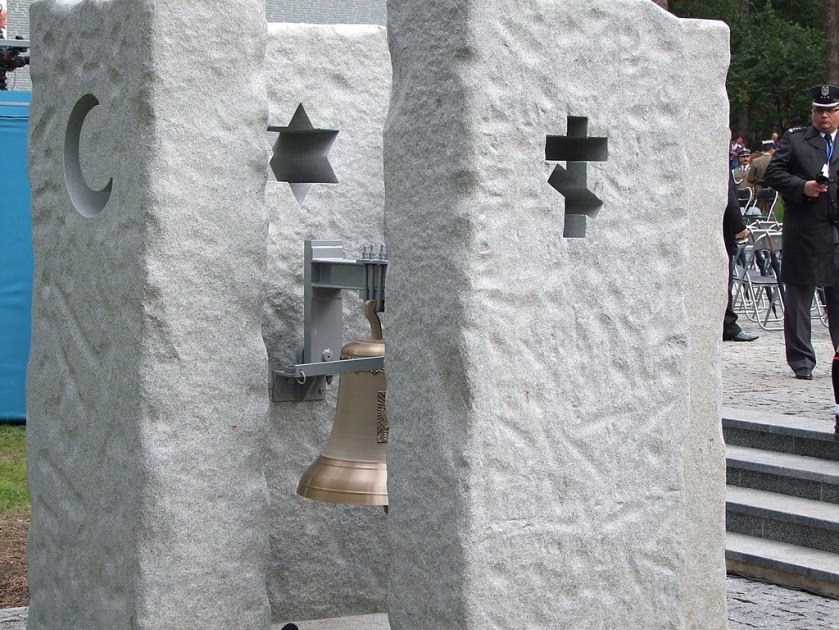 My character Velira Zhirinovskaya is taking a walk in the Bykivnya forest with her aunt Inna and older children from the orphanage when she sees her mother lying on top of a heap of dead bodies. Velira, who’s only two and a half, believes they’re sleeping, and asks if she can say hello.

Inna is horrorstruck, and hustles the children out of the forest before anyone sees them. Not long afterwards, her little brother Vitya, Velira’s father, returns from placing his baby boy Damir with old family friends in Minsk and securing phony travel documents for the orphanage’s partial relocation/defection.

When Velira says she saw her mother sleeping in the woods, Vitya knows his wife was murdered, and is overwhelmed with grief and guilt. While the NKVD were arresting his wife in another part of the house, he escaped with Velira hidden in a large basket and Damir tucked under his shirt. 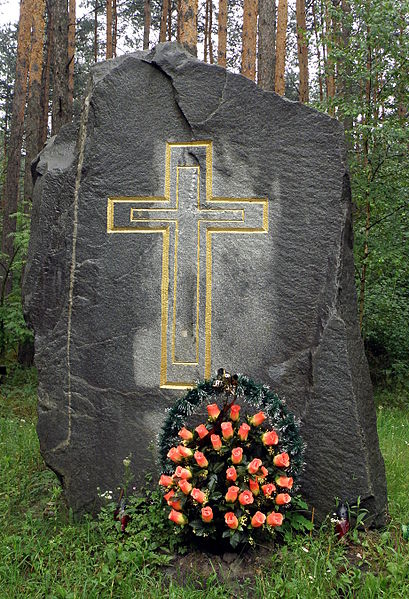