This year, my theme for the A to Z Challenge is things, places, and people from my Russian historicals. Beyond Russia and NYC, locales include Ukraine, Belarus, Iran, Canada, France, China, and Poland.

Arbat Street is a historic street in the storied center of Moskva. Existing since at least 1493, it’s one of the city’s oldest. Its genesis is Arbat Square, about half a mile (800 meters) west of the Kreml. Arbat Square is also the meeting point of Vozdvizhenka Street and the Boulevard Ring.

The section of the square adjacent to Arbat Steet is Arbat Gate, one of ten gates of the Old City’s wall. This wall stood from the 16th to 18th centuries, and followed the path of what’s now the Boulevard Ring. After this, the street goes southwest, with a dozen side streets, and ends at Smolenskaya Square, which intersects the Garden Ring. 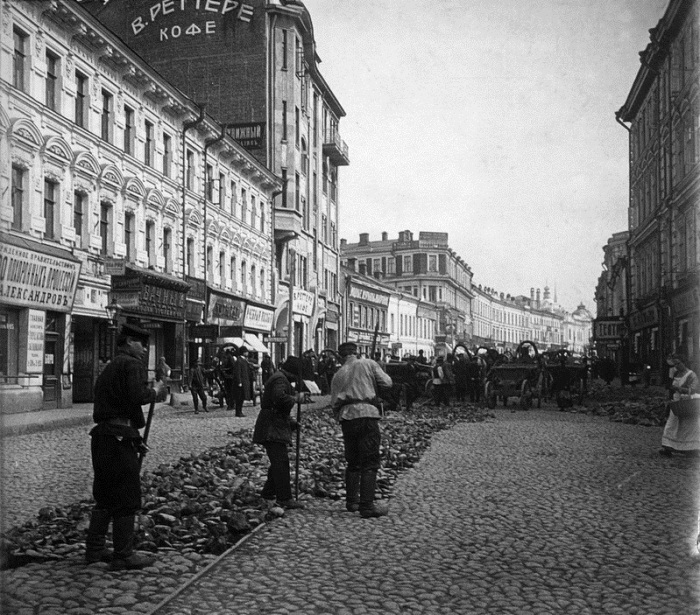 Arbat’s etymology is disputed. Most sources feel it comes from the Arabic arbad (suburb, outskirts), though others believe it hails from the Tatar arba (cart). A much more widely disputed etymology claims it comes from the Russian gorbat (bumpy). Unlike much of the rest of Moskva, Arbat Street is rather flat.

The nearby city of Kolomna also has an Arbat Street, which was often attacked by the Golden Horde. Thus, Moskva’s Arbat Street may have also been named during this period. 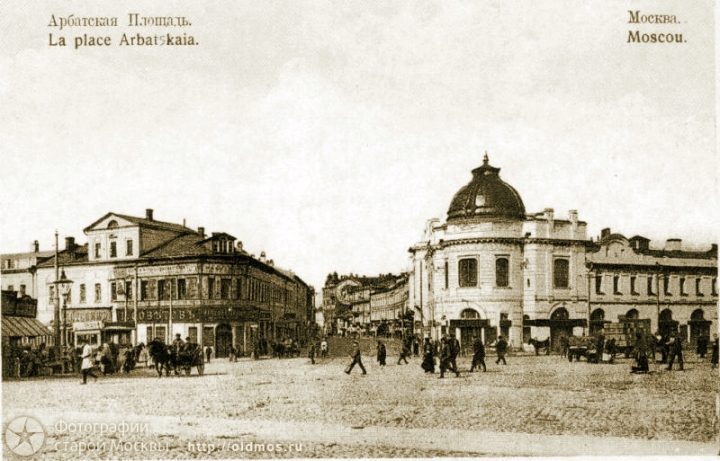 Some of the side streets’ names bear testament to the craftspeople who had workshops there in the 15th century, such as Plotnikov (Carpenters’) Lane and Serebryaniy (Silver) Lane. During this earliest period of the street’s history, there were also many churches, and houses where the craftspeople and clergy lived.

During the reign of Ivan IV (Ivan Grozniy, whose appellation truly translates more like “awe-inspiring” than “terrible”), the infamous Oprichina (secret police)  were headquartered there. After this period of Russian history ended, it once more became a trade route, and served as an important point of city defense against foreign invaders.

In 1736, about half the street was destroyed by fire, but by the second half of the 18th century, it became prime real estate for nobility, and was seen as Moskva’s most prestigious area. It was like a Muscovite Boulevard Saint-Germain.

Sadly, Arbat Street was one of the many victims of the 1812 Fire of Moskva, which started 14 September when troops and most remaining civilians fled Napoléon’s approaching army. A shortage of funds delayed the city’s reconstruction by at least five years, but by the 1830s, the city had largely been rebuilt. 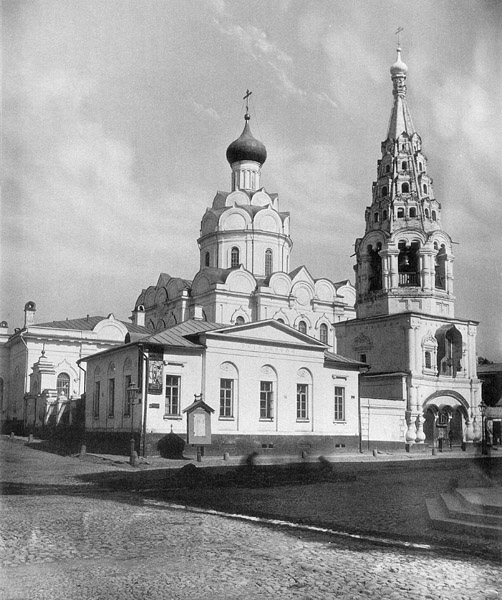 By the late 19th century, much of the new architecture was Art Nouveau, as compared to the Empire style of the period of rebuilding which started in the late 1810s. In addition to the architectural change, the street also began attracting more artists, musicians, and intellectuals.

By the early 20th century, Arbat Street was attracting doctors, lawyers, wealthy academics, and the bourgeoisie.

In 1904, electric trams were introduced.

Predictably, after the October Revolution, the Bolsheviks confiscated all private property on the street and made it into state property. In the 1920s, many buildings were converted to communal apartments, and a great many residents were high-ranking Party functionaries.

In addition to old, beautiful apartments, houses, and businesses, most churches were also razed.

Today, Arbat Street is a no-vehicle zone, and much of the real estate is taken up by boutiques, cafés, coffeehouses, bars, souvenir shops and kiosks, restaurants, and street artists. There are also many unique street lanterns and statues.

Arbat Street features in Chapter One, “Storm on the Horizon,” of my first Russian historical, You Cannot Kill a Swan: The Love Story of Lyuba and Ivan. Lyuba and her friends attend a very left-wing gymnasium on Arbat Street, and her cousin Ginny (real name Mikhail) is in an adjoining annex for younger pupils.

Near the end of Chapter One, they’re expelled from school for their monarchist views and refusal to support either the Provisional Government or the Bolsheviks.

Arbat Street will also feature in the second of my two prequels, which will be set from 1897–1917, as Lyuba and her friends grow up.